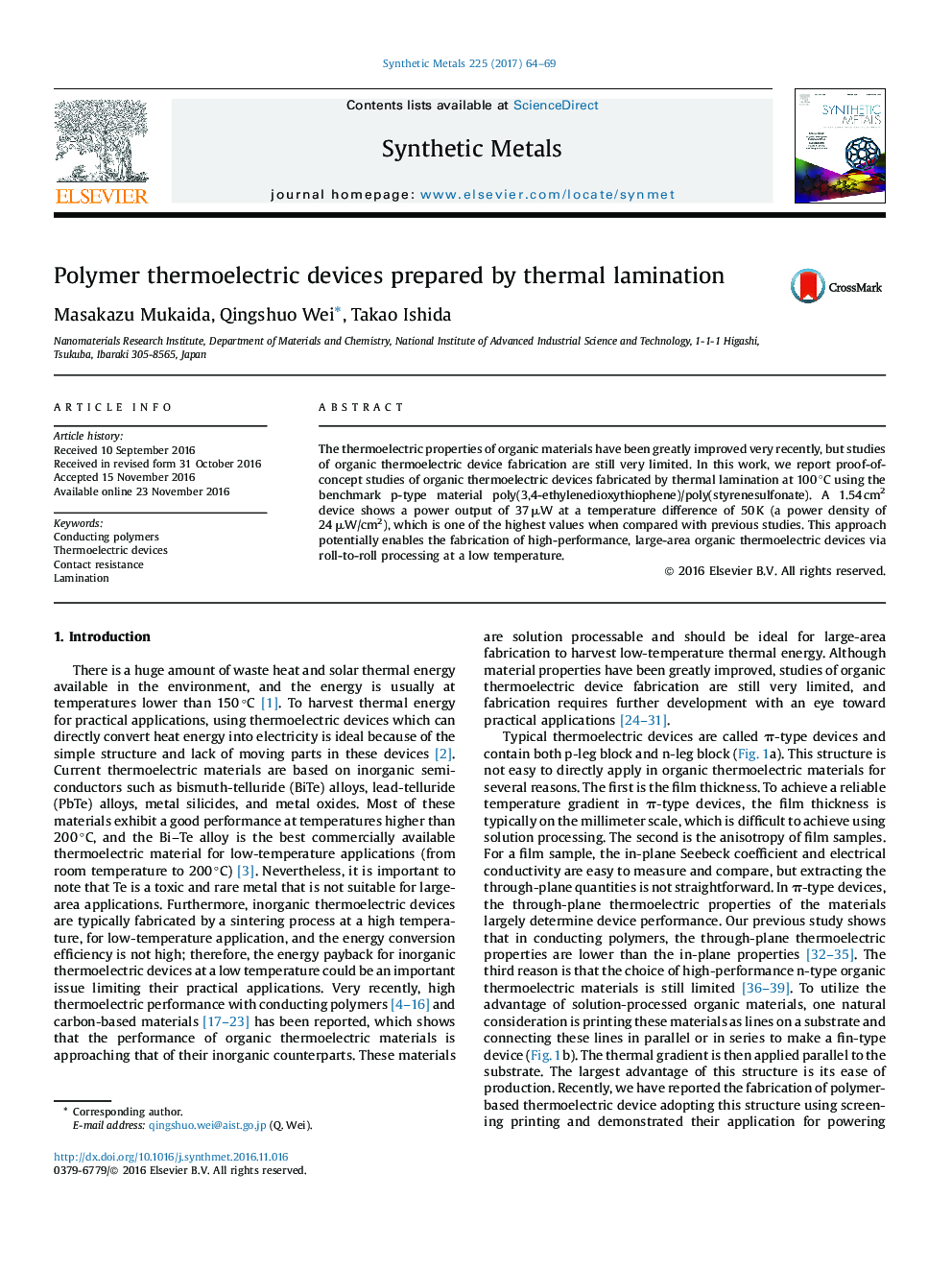 - A lamination approach is developed to fabricate polymer thermoelectric devices.
- Polyvinyl butyral was used as an insulating layer and glue in the devices.
- The contact resistance in the devices was optimized.
- A power output of 37Â Î¼W was achieved at ÎTÂ =Â 50Â K using a 1.54Â cm2 device.