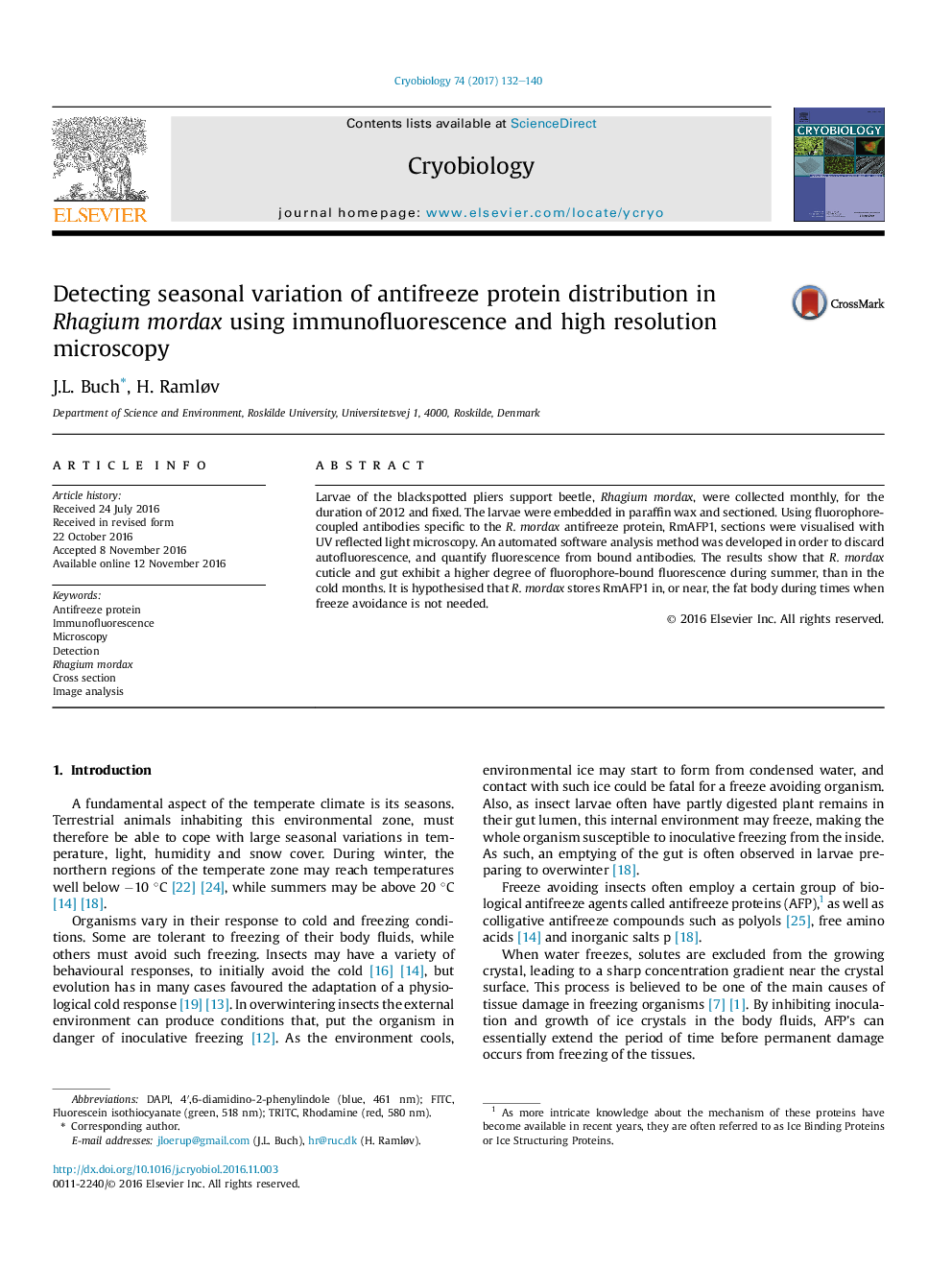 Larvae of the blackspotted pliers support beetle, Rhagium mordax, were collected monthly, for the duration of 2012 and fixed. The larvae were embedded in paraffin wax and sectioned. Using fluorophore-coupled antibodies specific to the R.Â mordax antifreeze protein, RmAFP1, sections were visualised with UV reflected light microscopy. An automated software analysis method was developed in order to discard autofluorescence, and quantify fluorescence from bound antibodies. The results show that R.Â mordax cuticle and gut exhibit a higher degree of fluorophore-bound fluorescence during summer, than in the cold months. It is hypothesised that R.Â mordax stores RmAFP1 in, or near, the fat body during times when freeze avoidance is not needed.