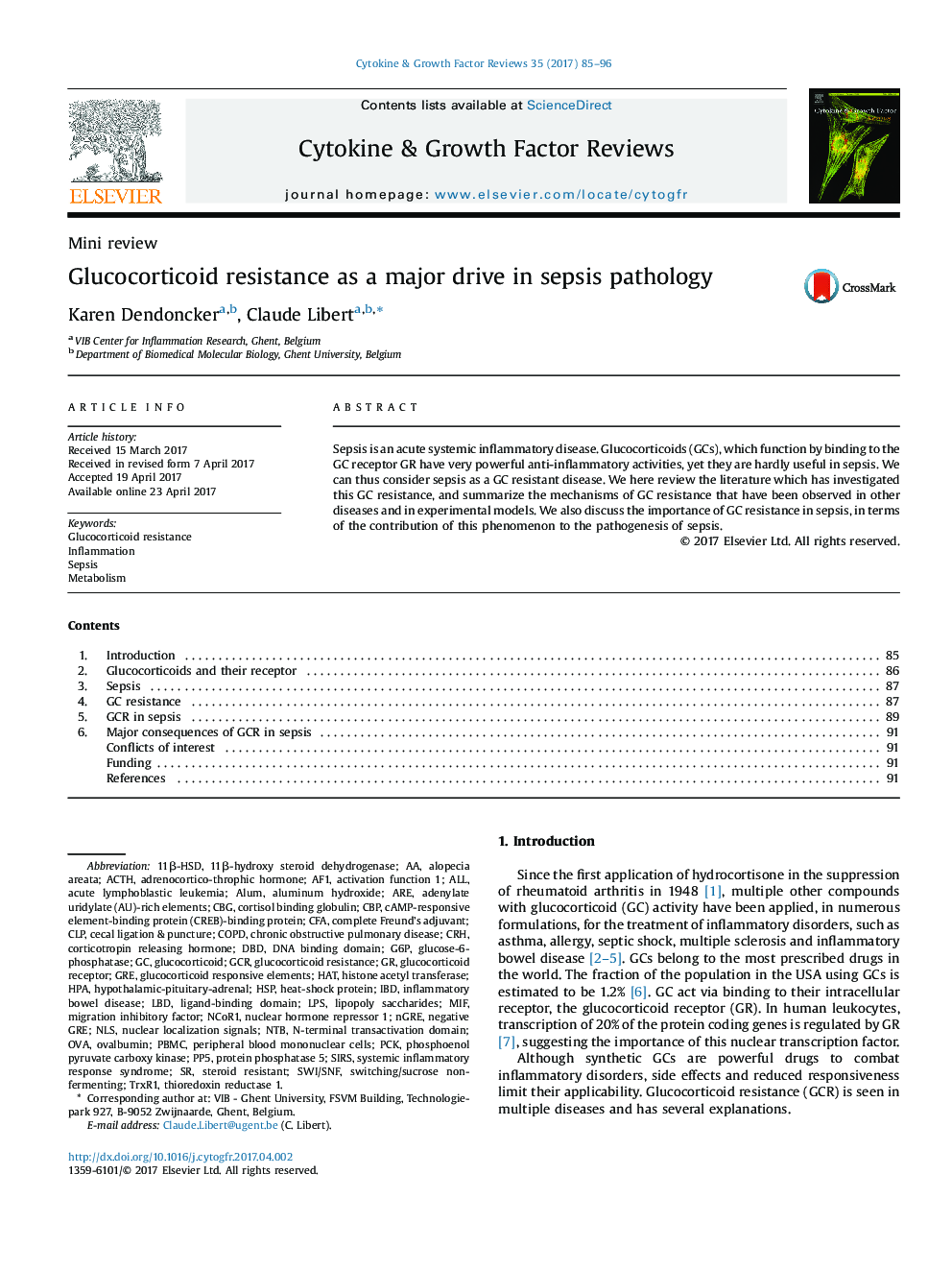 Sepsis is an acute systemic inflammatory disease. Glucocorticoids (GCs), which function by binding to the GC receptor GR have very powerful anti-inflammatory activities, yet they are hardly useful in sepsis. We can thus consider sepsis as a GC resistant disease. We here review the literature which has investigated this GC resistance, and summarize the mechanisms of GC resistance that have been observed in other diseases and in experimental models. We also discuss the importance of GC resistance in sepsis, in terms of the contribution of this phenomenon to the pathogenesis of sepsis.