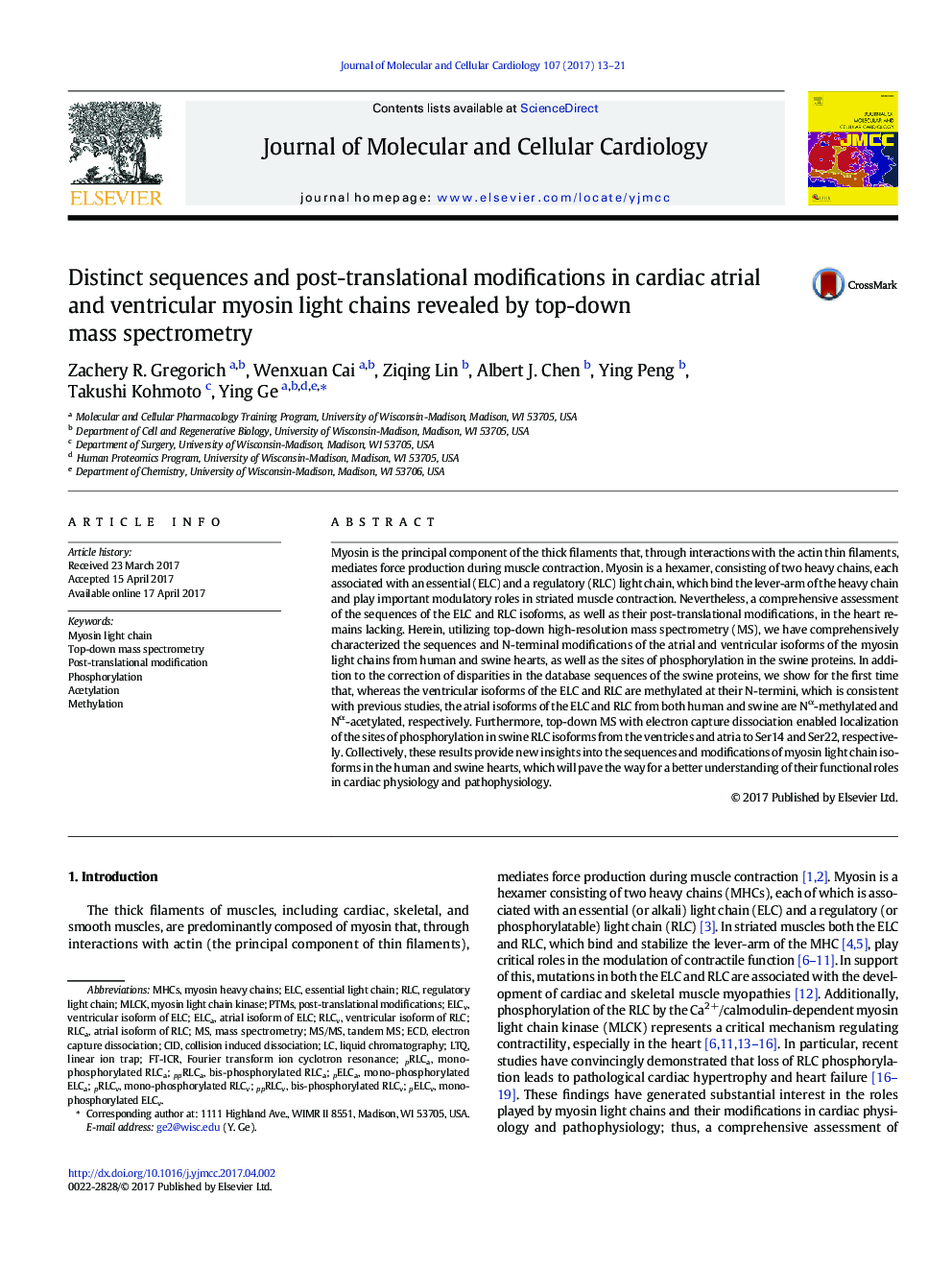 Myosin is the principal component of the thick filaments that, through interactions with the actin thin filaments, mediates force production during muscle contraction. Myosin is a hexamer, consisting of two heavy chains, each associated with an essential (ELC) and a regulatory (RLC) light chain, which bind the lever-arm of the heavy chain and play important modulatory roles in striated muscle contraction. Nevertheless, a comprehensive assessment of the sequences of the ELC and RLC isoforms, as well as their post-translational modifications, in the heart remains lacking. Herein, utilizing top-down high-resolution mass spectrometry (MS), we have comprehensively characterized the sequences and N-terminal modifications of the atrial and ventricular isoforms of the myosin light chains from human and swine hearts, as well as the sites of phosphorylation in the swine proteins. In addition to the correction of disparities in the database sequences of the swine proteins, we show for the first time that, whereas the ventricular isoforms of the ELC and RLC are methylated at their N-termini, which is consistent with previous studies, the atrial isoforms of the ELC and RLC from both human and swine are NÎ±-methylated and NÎ±-acetylated, respectively. Furthermore, top-down MS with electron capture dissociation enabled localization of the sites of phosphorylation in swine RLC isoforms from the ventricles and atria to Ser14 and Ser22, respectively. Collectively, these results provide new insights into the sequences and modifications of myosin light chain isoforms in the human and swine hearts, which will pave the way for a better understanding of their functional roles in cardiac physiology and pathophysiology.