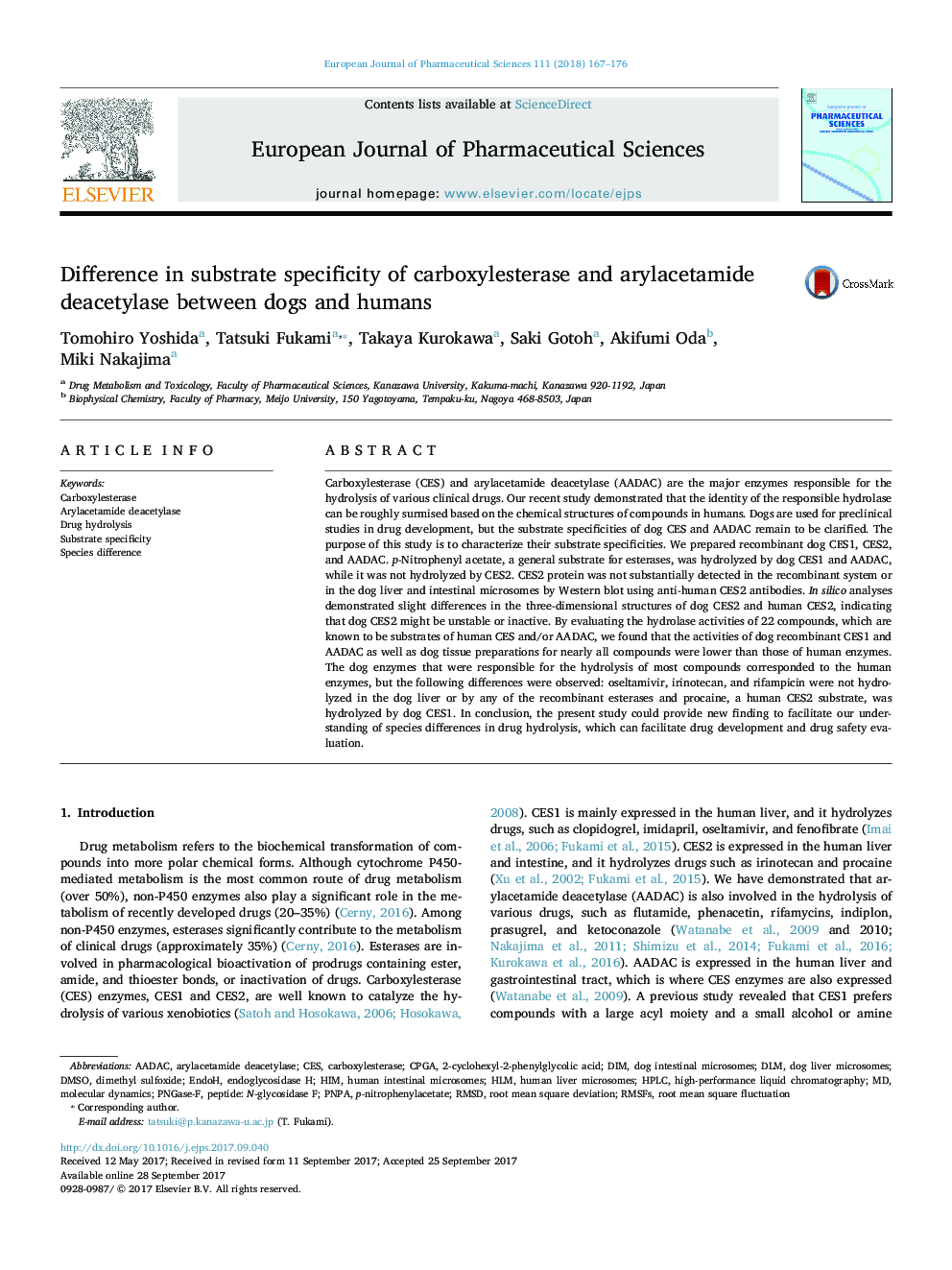 Carboxylesterase (CES) and arylacetamide deacetylase (AADAC) are the major enzymes responsible for the hydrolysis of various clinical drugs. Our recent study demonstrated that the identity of the responsible hydrolase can be roughly surmised based on the chemical structures of compounds in humans. Dogs are used for preclinical studies in drug development, but the substrate specificities of dog CES and AADAC remain to be clarified. The purpose of this study is to characterize their substrate specificities. We prepared recombinant dog CES1, CES2, and AADAC. p-Nitrophenyl acetate, a general substrate for esterases, was hydrolyzed by dog CES1 and AADAC, while it was not hydrolyzed by CES2. CES2 protein was not substantially detected in the recombinant system or in the dog liver and intestinal microsomes by Western blot using anti-human CES2 antibodies. In silico analyses demonstrated slight differences in the three-dimensional structures of dog CES2 and human CES2, indicating that dog CES2 might be unstable or inactive. By evaluating the hydrolase activities of 22 compounds, which are known to be substrates of human CES and/or AADAC, we found that the activities of dog recombinant CES1 and AADAC as well as dog tissue preparations for nearly all compounds were lower than those of human enzymes. The dog enzymes that were responsible for the hydrolysis of most compounds corresponded to the human enzymes, but the following differences were observed: oseltamivir, irinotecan, and rifampicin were not hydrolyzed in the dog liver or by any of the recombinant esterases and procaine, a human CES2 substrate, was hydrolyzed by dog CES1. In conclusion, the present study could provide new finding to facilitate our understanding of species differences in drug hydrolysis, which can facilitate drug development and drug safety evaluation.