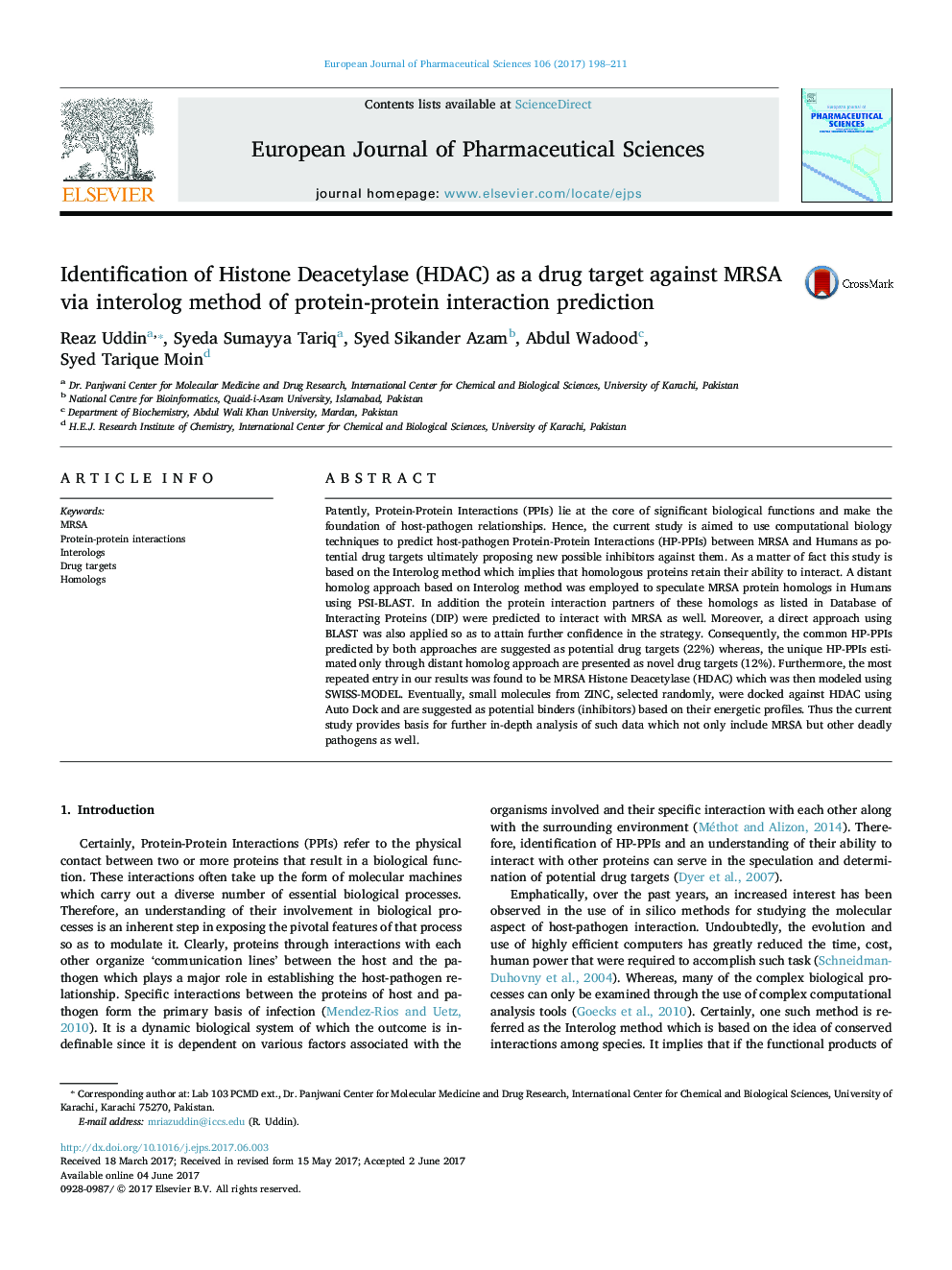 Patently, Protein-Protein Interactions (PPIs) lie at the core of significant biological functions and make the foundation of host-pathogen relationships. Hence, the current study is aimed to use computational biology techniques to predict host-pathogen Protein-Protein Interactions (HP-PPIs) between MRSA and Humans as potential drug targets ultimately proposing new possible inhibitors against them. As a matter of fact this study is based on the Interolog method which implies that homologous proteins retain their ability to interact. A distant homolog approach based on Interolog method was employed to speculate MRSA protein homologs in Humans using PSI-BLAST. In addition the protein interaction partners of these homologs as listed in Database of Interacting Proteins (DIP) were predicted to interact with MRSA as well. Moreover, a direct approach using BLAST was also applied so as to attain further confidence in the strategy. Consequently, the common HP-PPIs predicted by both approaches are suggested as potential drug targets (22%) whereas, the unique HP-PPIs estimated only through distant homolog approach are presented as novel drug targets (12%). Furthermore, the most repeated entry in our results was found to be MRSA Histone Deacetylase (HDAC) which was then modeled using SWISS-MODEL. Eventually, small molecules from ZINC, selected randomly, were docked against HDAC using Auto Dock and are suggested as potential binders (inhibitors) based on their energetic profiles. Thus the current study provides basis for further in-depth analysis of such data which not only include MRSA but other deadly pathogens as well.