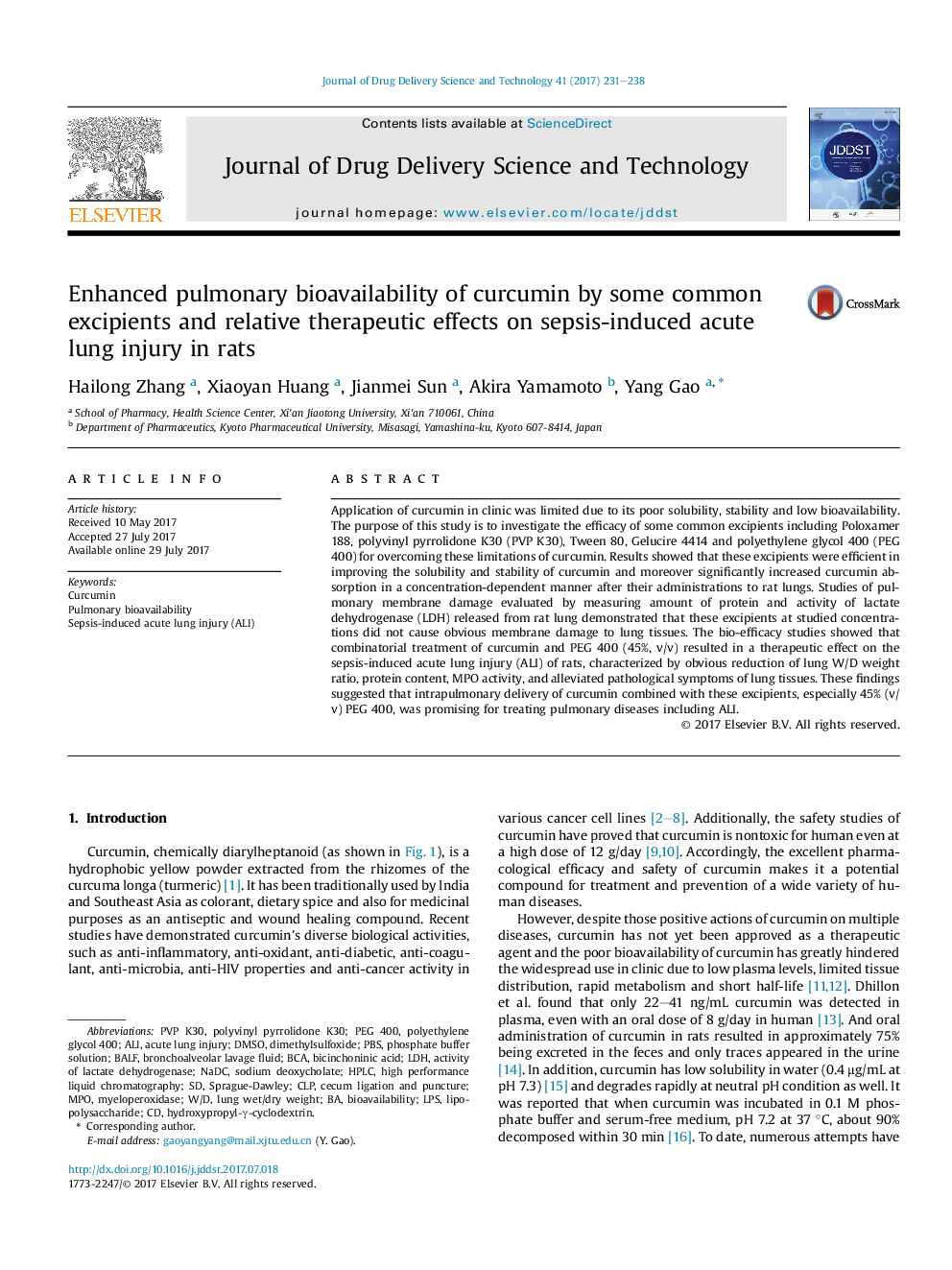 Application of curcumin in clinic was limited due to its poor solubility, stability and low bioavailability. The purpose of this study is to investigate the efficacy of some common excipients including Poloxamer 188, polyvinyl pyrrolidone K30 (PVP K30), Tween 80, Gelucire 4414 and polyethylene glycol 400 (PEG 400) for overcoming these limitations of curcumin. Results showed that these excipients were efficient in improving the solubility and stability of curcumin and moreover significantly increased curcumin absorption in a concentration-dependent manner after their administrations to rat lungs. Studies of pulmonary membrane damage evaluated by measuring amount of protein and activity of lactate dehydrogenase (LDH) released from rat lung demonstrated that these excipients at studied concentrations did not cause obvious membrane damage to lung tissues. The bio-efficacy studies showed that combinatorial treatment of curcumin and PEG 400 (45%, v/v) resulted in a therapeutic effect on the sepsis-induced acute lung injury (ALI) of rats, characterized by obvious reduction of lung W/D weight ratio, protein content, MPO activity, and alleviated pathological symptoms of lung tissues. These findings suggested that intrapulmonary delivery of curcumin combined with these excipients, especially 45% (v/v) PEG 400, was promising for treating pulmonary diseases including ALI.