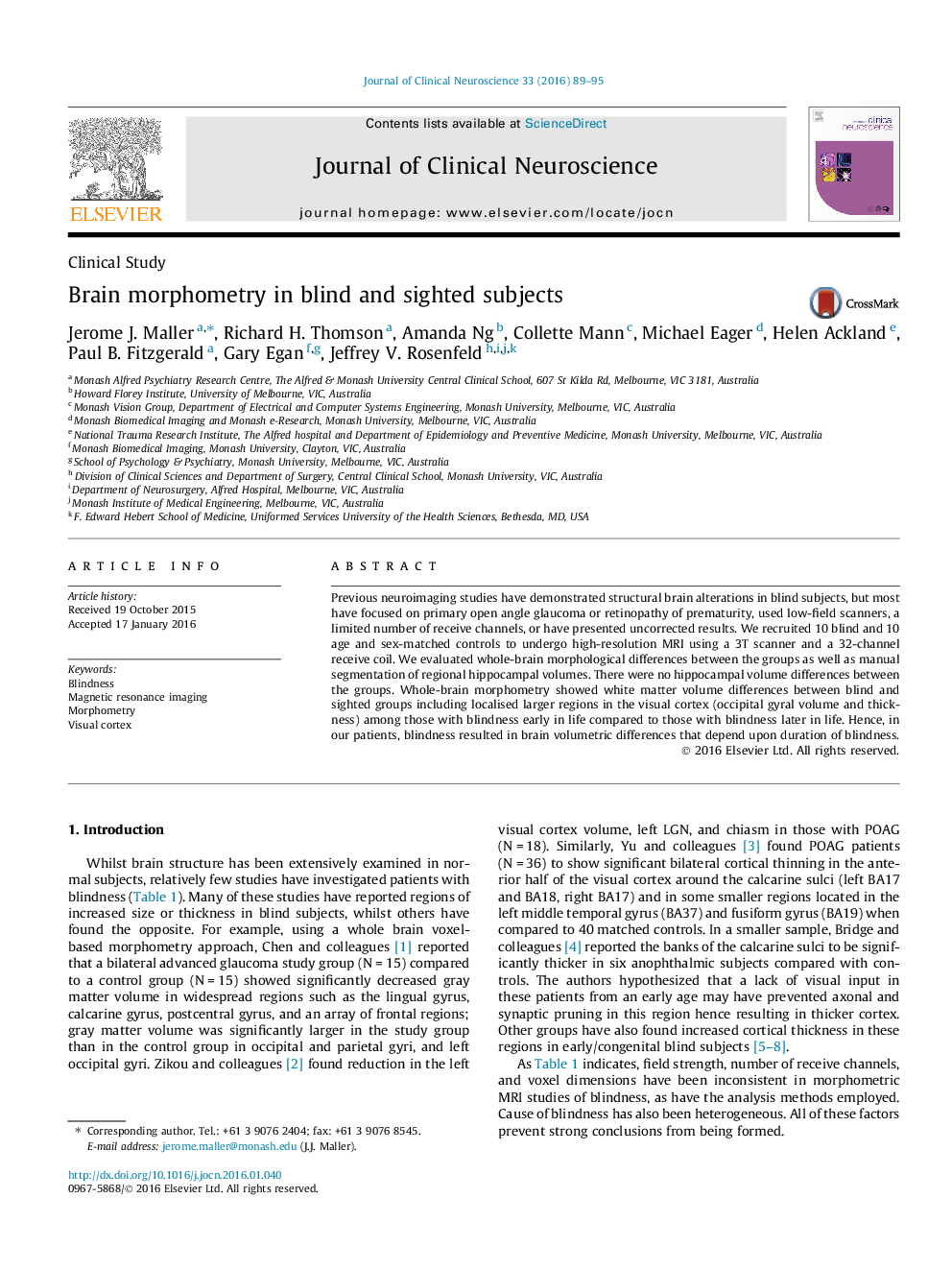 Previous neuroimaging studies have demonstrated structural brain alterations in blind subjects, but most have focused on primary open angle glaucoma or retinopathy of prematurity, used low-field scanners, a limited number of receive channels, or have presented uncorrected results. We recruited 10 blind and 10 age and sex-matched controls to undergo high-resolution MRI using a 3T scanner and a 32-channel receive coil. We evaluated whole-brain morphological differences between the groups as well as manual segmentation of regional hippocampal volumes. There were no hippocampal volume differences between the groups. Whole-brain morphometry showed white matter volume differences between blind and sighted groups including localised larger regions in the visual cortex (occipital gyral volume and thickness) among those with blindness early in life compared to those with blindness later in life. Hence, in our patients, blindness resulted in brain volumetric differences that depend upon duration of blindness.