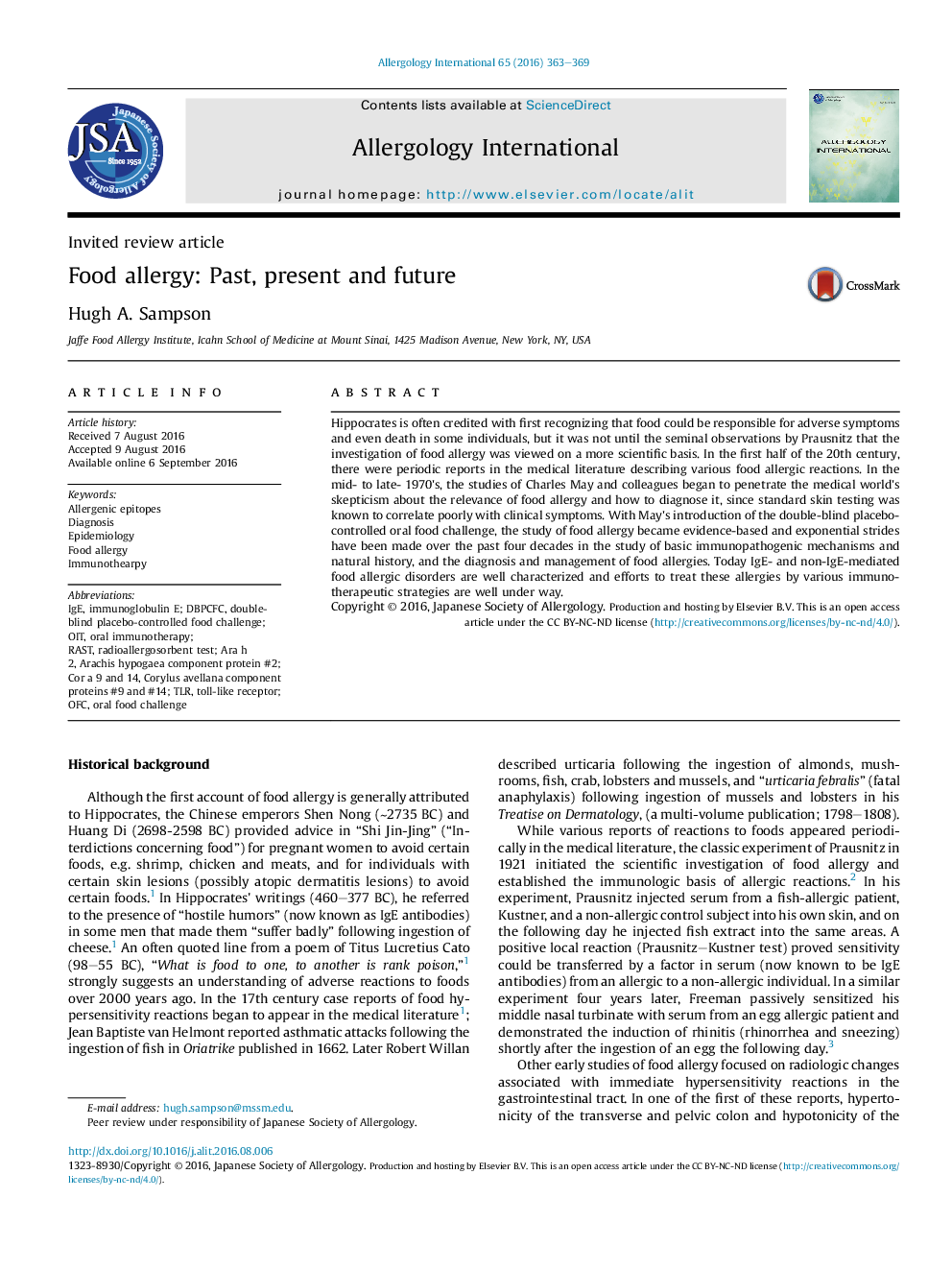 Hippocrates is often credited with first recognizing that food could be responsible for adverse symptoms and even death in some individuals, but it was not until the seminal observations by Prausnitz that the investigation of food allergy was viewed on a more scientific basis. In the first half of the 20th century, there were periodic reports in the medical literature describing various food allergic reactions. In the mid- to late- 1970's, the studies of Charles May and colleagues began to penetrate the medical world's skepticism about the relevance of food allergy and how to diagnose it, since standard skin testing was known to correlate poorly with clinical symptoms. With May's introduction of the double-blind placebo-controlled oral food challenge, the study of food allergy became evidence-based and exponential strides have been made over the past four decades in the study of basic immunopathogenic mechanisms and natural history, and the diagnosis and management of food allergies. Today IgE- and non-IgE-mediated food allergic disorders are well characterized and efforts to treat these allergies by various immunotherapeutic strategies are well under way.