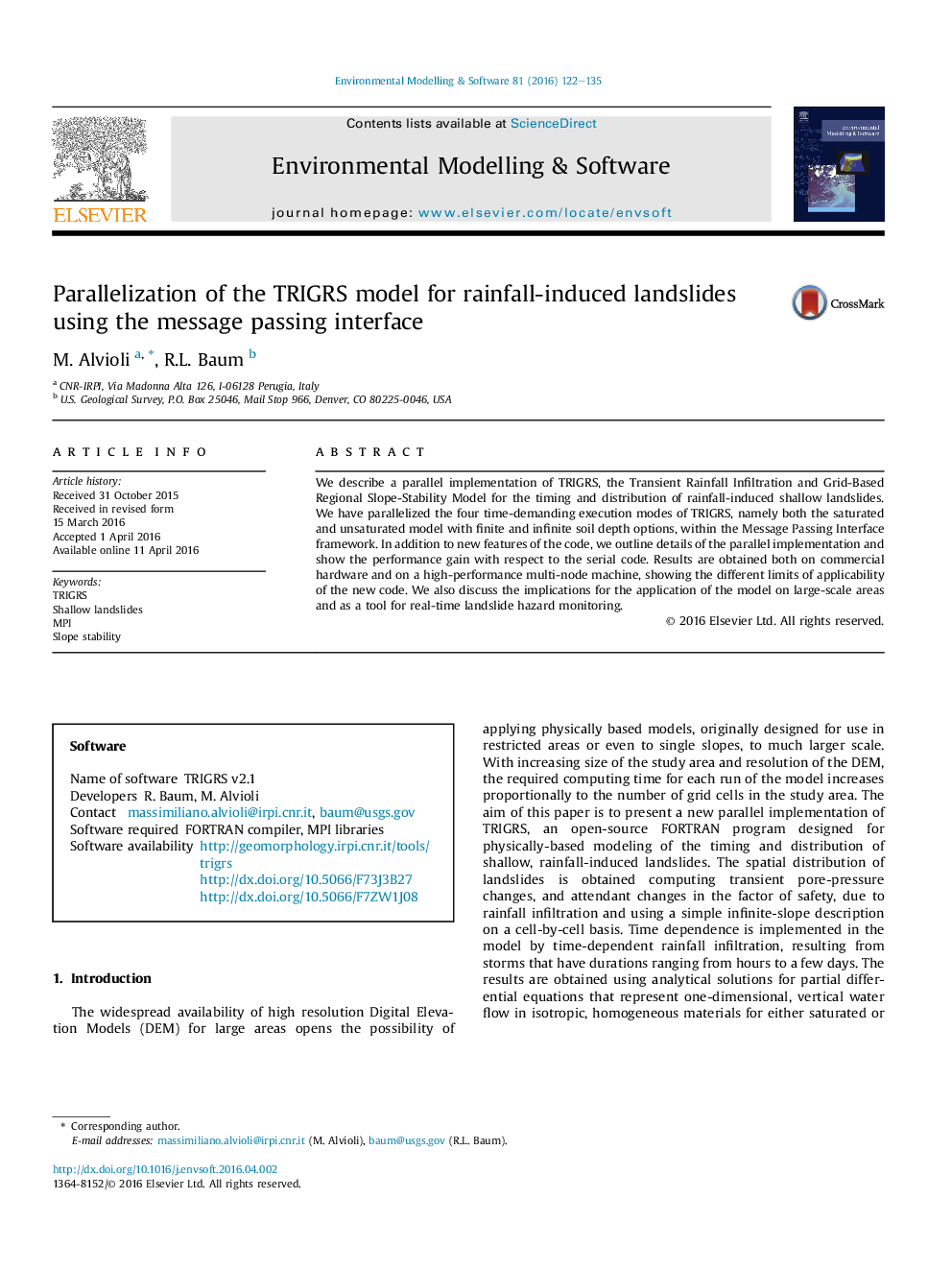 • TRIGRS is a widely used model for the calculation of the timing and location of occurrence of rainfall triggered shallow landslides.
• We present a fully parallel version of the code using MPI.
• The software was tested both on commercial hardware and high-performance machines, showing substantial reduction of the computing time.
• The new software allows simulations on very large areas and/or multiple parametric simulations in a short time.

We describe a parallel implementation of TRIGRS, the Transient Rainfall Infiltration and Grid-Based Regional Slope-Stability Model for the timing and distribution of rainfall-induced shallow landslides. We have parallelized the four time-demanding execution modes of TRIGRS, namely both the saturated and unsaturated model with finite and infinite soil depth options, within the Message Passing Interface framework. In addition to new features of the code, we outline details of the parallel implementation and show the performance gain with respect to the serial code. Results are obtained both on commercial hardware and on a high-performance multi-node machine, showing the different limits of applicability of the new code. We also discuss the implications for the application of the model on large-scale areas and as a tool for real-time landslide hazard monitoring.