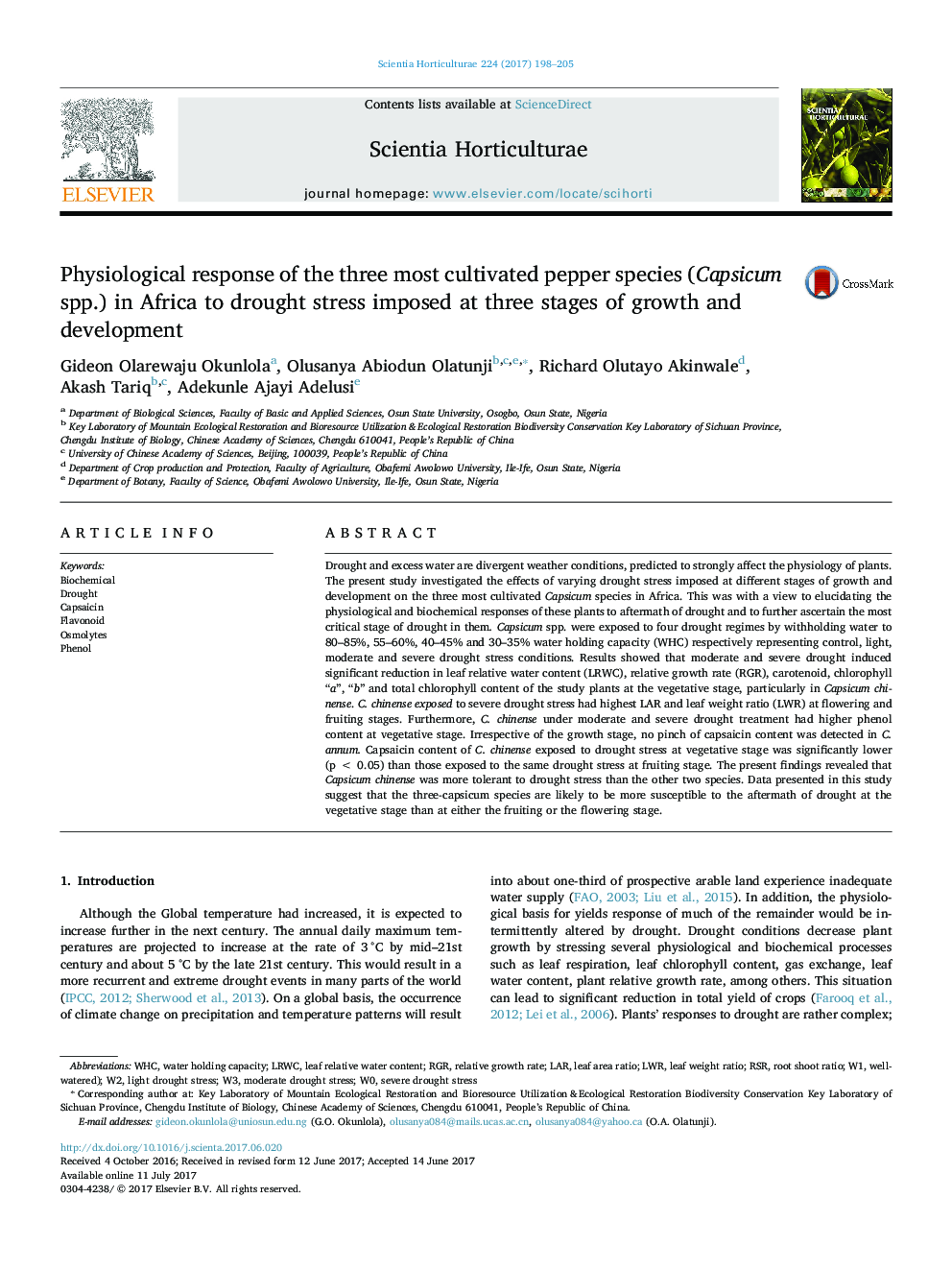 Drought and excess water are divergent weather conditions, predicted to strongly affect the physiology of plants. The present study investigated the effects of varying drought stress imposed at different stages of growth and development on the three most cultivated Capsicum species in Africa. This was with a view to elucidating the physiological and biochemical responses of these plants to aftermath of drought and to further ascertain the most critical stage of drought in them. Capsicum spp. were exposed to four drought regimes by withholding water to 80-85%, 55-60%, 40-45% and 30-35% water holding capacity (WHC) respectively representing control, light, moderate and severe drought stress conditions. Results showed that moderate and severe drought induced significant reduction in leaf relative water content (LRWC), relative growth rate (RGR), carotenoid, chlorophyll “a”, “b” and total chlorophyll content of the study plants at the vegetative stage, particularly in Capsicum chinense. C. chinense exposed to severe drought stress had highest LAR and leaf weight ratio (LWR) at flowering and fruiting stages. Furthermore, C. chinense under moderate and severe drought treatment had higher phenol content at vegetative stage. Irrespective of the growth stage, no pinch of capsaicin content was detected in C. annum. Capsaicin content of C. chinense exposed to drought stress at vegetative stage was significantly lower (pÂ <Â 0.05) than those exposed to the same drought stress at fruiting stage. The present findings revealed that Capsicum chinense was more tolerant to drought stress than the other two species. Data presented in this study suggest that the three-capsicum species are likely to be more susceptible to the aftermath of drought at the vegetative stage than at either the fruiting or the flowering stage.