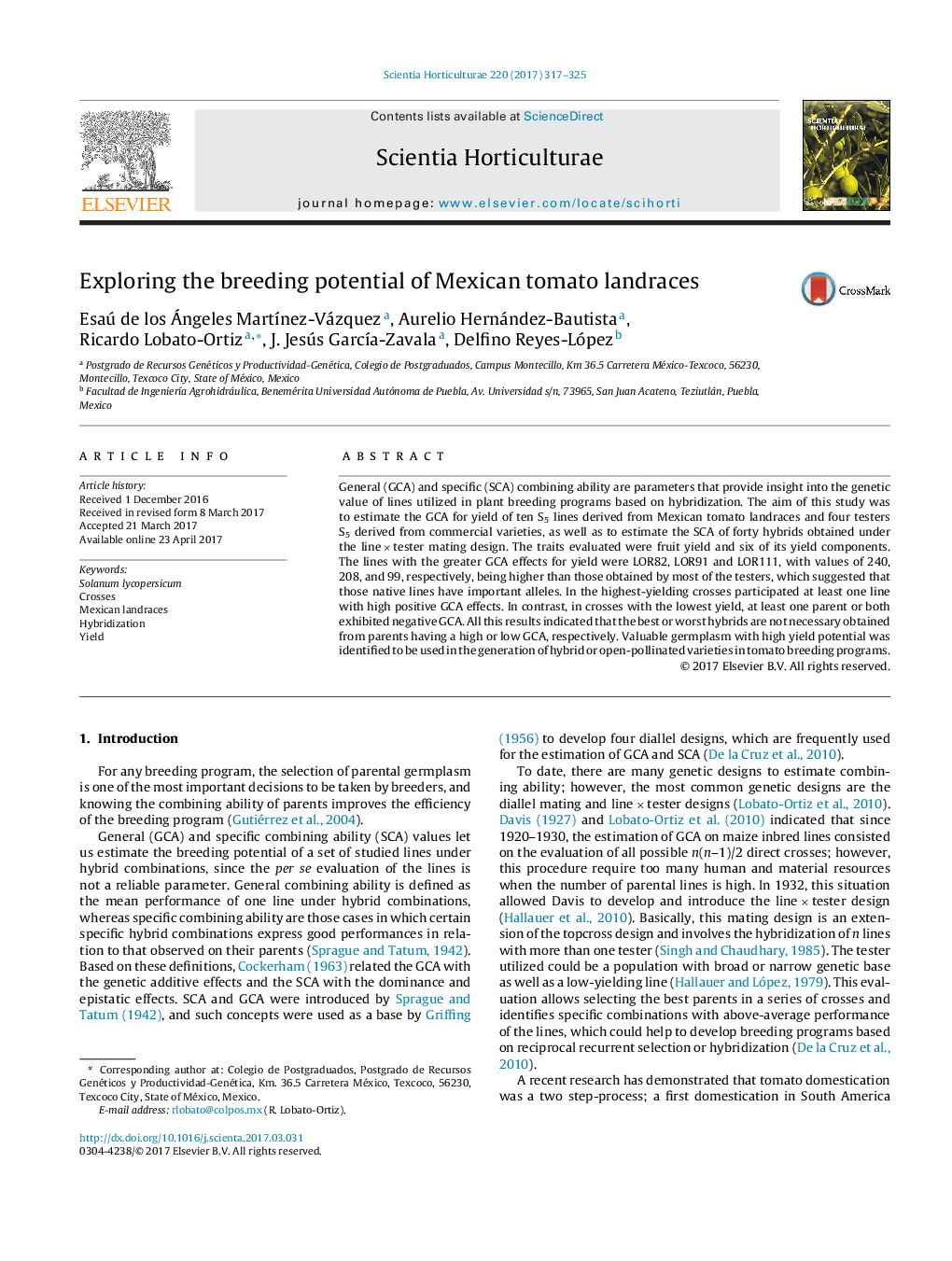 General (GCA) and specific (SCA) combining ability are parameters that provide insight into the genetic value of lines utilized in plant breeding programs based on hybridization. The aim of this study was to estimate the GCA for yield of ten S5 lines derived from Mexican tomato landraces and four testers S5 derived from commercial varieties, as well as to estimate the SCA of forty hybrids obtained under the lineÂ ÃÂ tester mating design. The traits evaluated were fruit yield and six of its yield components. The lines with the greater GCA effects for yield were LOR82, LOR91 and LOR111, with values of 240, 208, and 99, respectively, being higher than those obtained by most of the testers, which suggested that those native lines have important alleles. In the highest-yielding crosses participated at least one line with high positive GCA effects. In contrast, in crosses with the lowest yield, at least one parent or both exhibited negative GCA. All this results indicated that the best or worst hybrids are not necessary obtained from parents having a high or low GCA, respectively. Valuable germplasm with high yield potential was identified to be used in the generation of hybrid or open-pollinated varieties in tomato breeding programs.