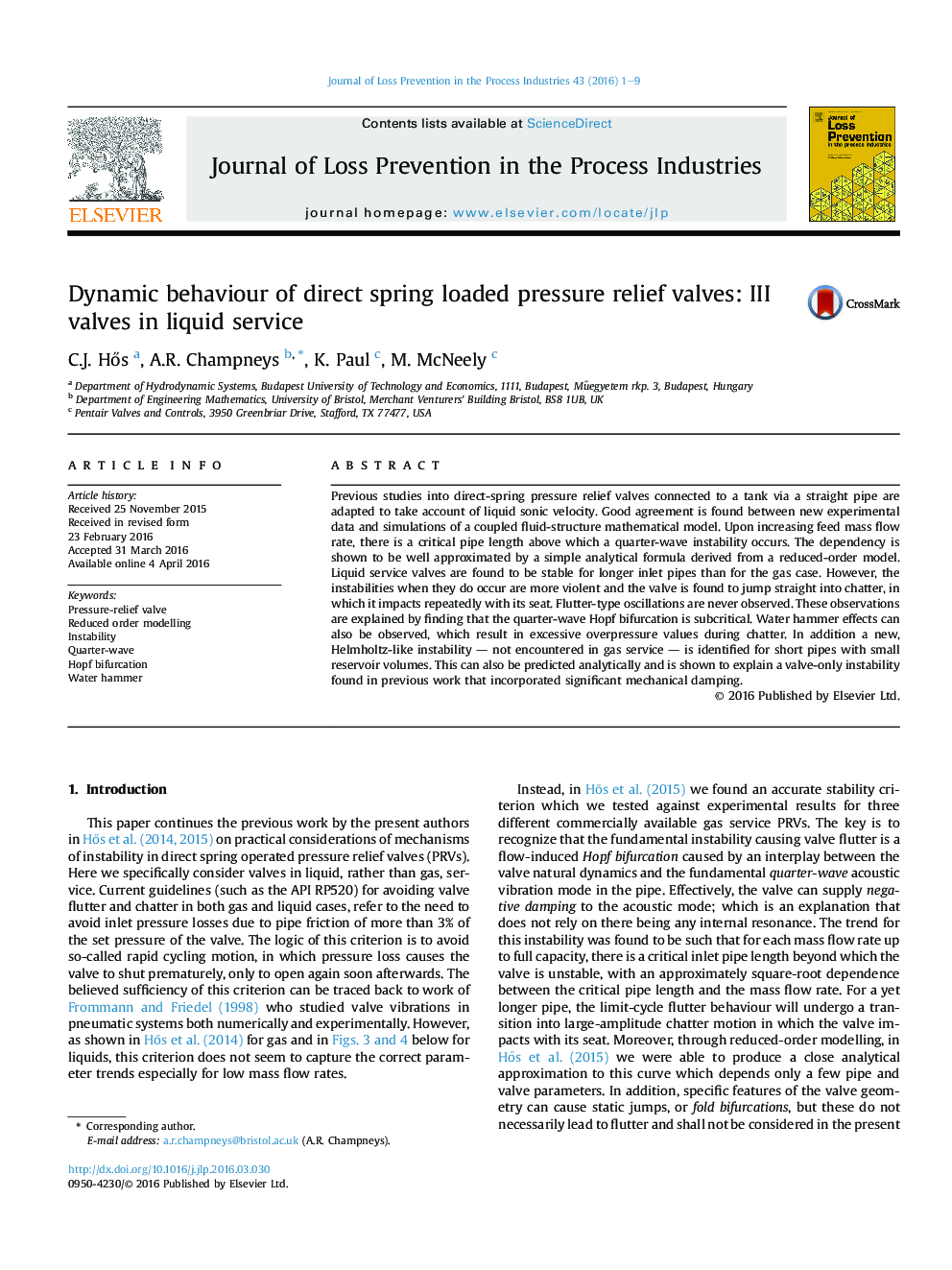 • New experimental results are presented for the instability of liquid-service pressure relief valves connected to a reservoir via a pipe.
• Instability is found to depend on the inlet pipe length and mass flow rate.
• The instability mechanism is shown to agree with the earlier analysis for gas flow, being a Hopf bifurcation exciting the first acoustic pipe mode.
• The instability is well approximated by a simple analytic expression which shows pipe length approximately five times longer than for the equivalent gas case.
• The instability more violent than gas; chatter, with no stable flutter limit cycle is observed.
• Water hammer effects during pipe opening and closing cause violent pressure oscillations during the instability.
• If the reservoir has much smaller volume Helmholtz-like instability occurs if the inlet pipe is sufficiently short.

Previous studies into direct-spring pressure relief valves connected to a tank via a straight pipe are adapted to take account of liquid sonic velocity. Good agreement is found between new experimental data and simulations of a coupled fluid-structure mathematical model. Upon increasing feed mass flow rate, there is a critical pipe length above which a quarter-wave instability occurs. The dependency is shown to be well approximated by a simple analytical formula derived from a reduced-order model. Liquid service valves are found to be stable for longer inlet pipes than for the gas case. However, the instabilities when they do occur are more violent and the valve is found to jump straight into chatter, in which it impacts repeatedly with its seat. Flutter-type oscillations are never observed. These observations are explained by finding that the quarter-wave Hopf bifurcation is subcritical. Water hammer effects can also be observed, which result in excessive overpressure values during chatter. In addition a new, Helmholtz-like instability — not encountered in gas service — is identified for short pipes with small reservoir volumes. This can also be predicted analytically and is shown to explain a valve-only instability found in previous work that incorporated significant mechanical damping.