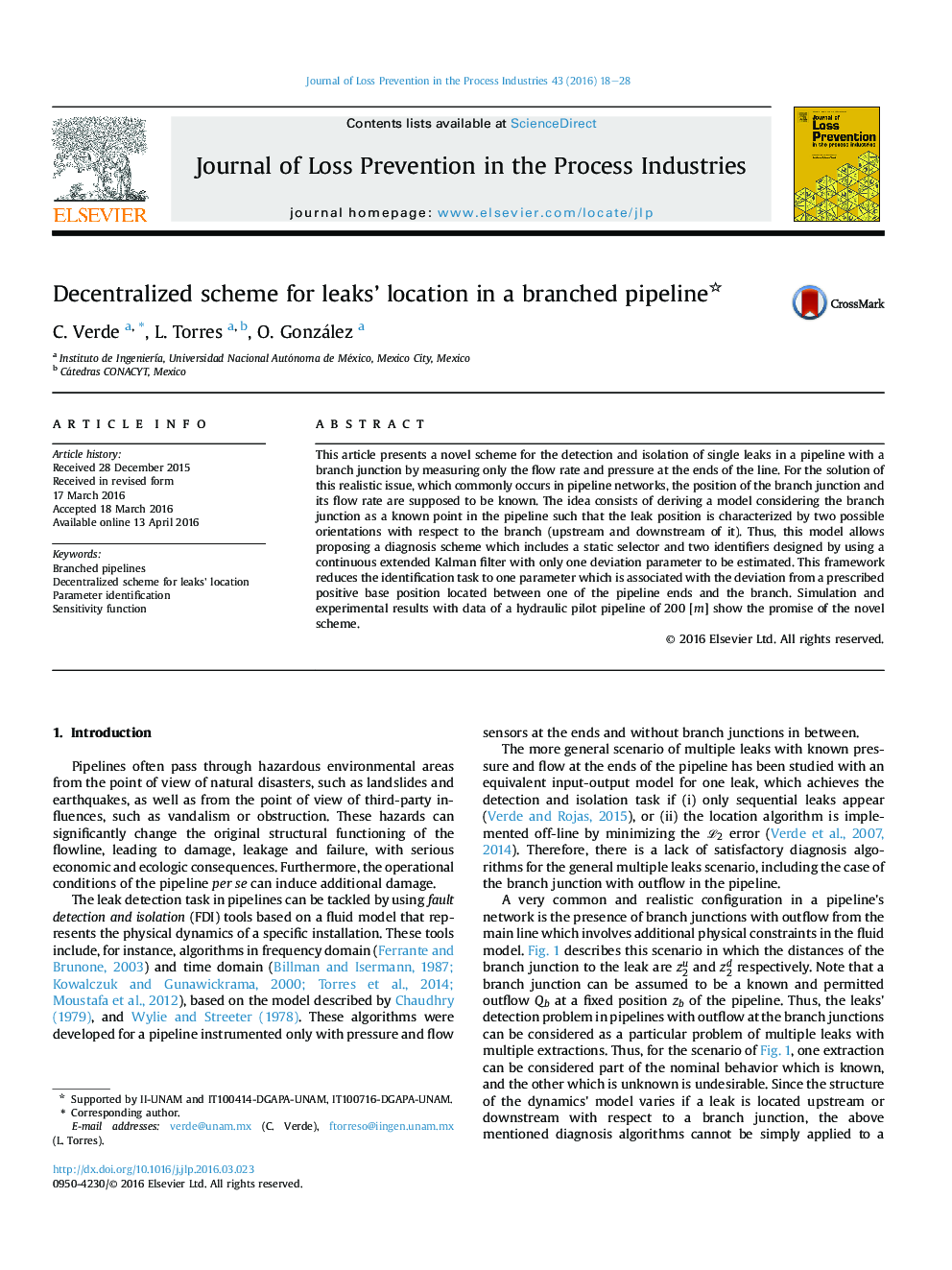 • Monitoring of leaks in pipelines with branch junctions assuming partial information.
• General diagnosis scheme by Software is proposed for leak’s location in pipelines.
• Two leaks’ scenarios are considered and are associated to the possible leaks.
• The scheme decentralizes the tasks including a static selector and two identifiers.
• The estimation task is formulated with a nonlinear augmented model.

This article presents a novel scheme for the detection and isolation of single leaks in a pipeline with a branch junction by measuring only the flow rate and pressure at the ends of the line. For the solution of this realistic issue, which commonly occurs in pipeline networks, the position of the branch junction and its flow rate are supposed to be known. The idea consists of deriving a model considering the branch junction as a known point in the pipeline such that the leak position is characterized by two possible orientations with respect to the branch (upstream and downstream of it). Thus, this model allows proposing a diagnosis scheme which includes a static selector and two identifiers designed by using a continuous extended Kalman filter with only one deviation parameter to be estimated. This framework reduces the identification task to one parameter which is associated with the deviation from a prescribed positive base position located between one of the pipeline ends and the branch. Simulation and experimental results with data of a hydraulic pilot pipeline of 200 [m] show the promise of the novel scheme.