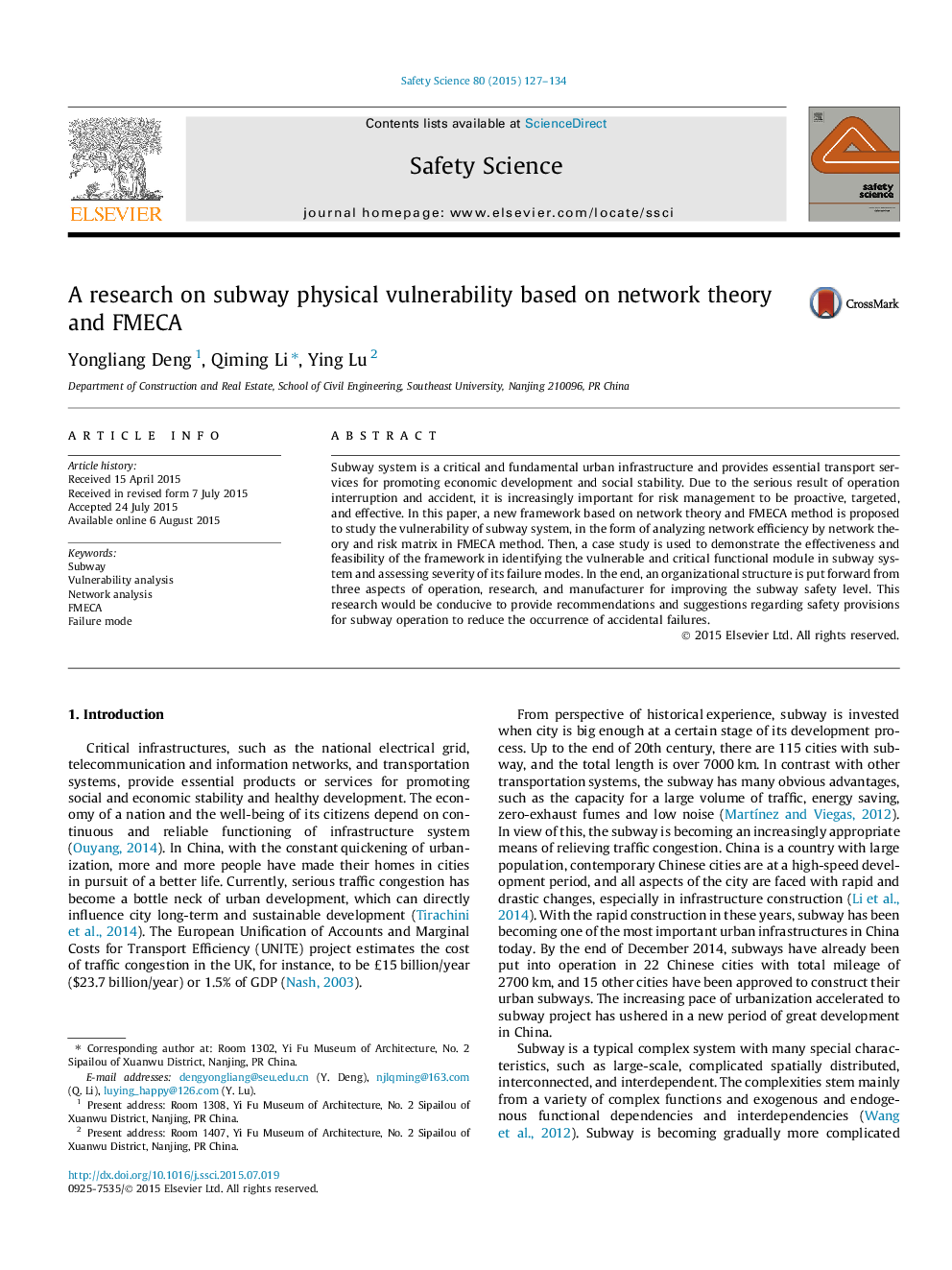 • An analytical framework is proposed to research the vulnerability of infrastructure system.
• A network modeling approach is proposed for establishing network model of infrastructure system.
• The critical and vulnerable functional modules are identified by measuring network efficiency.
• The most dangerous failure mode in vulnerable modules are discovered by FMECA analysis.

Subway system is a critical and fundamental urban infrastructure and provides essential transport services for promoting economic development and social stability. Due to the serious result of operation interruption and accident, it is increasingly important for risk management to be proactive, targeted, and effective. In this paper, a new framework based on network theory and FMECA method is proposed to study the vulnerability of subway system, in the form of analyzing network efficiency by network theory and risk matrix in FMECA method. Then, a case study is used to demonstrate the effectiveness and feasibility of the framework in identifying the vulnerable and critical functional module in subway system and assessing severity of its failure modes. In the end, an organizational structure is put forward from three aspects of operation, research, and manufacturer for improving the subway safety level. This research would be conducive to provide recommendations and suggestions regarding safety provisions for subway operation to reduce the occurrence of accidental failures.