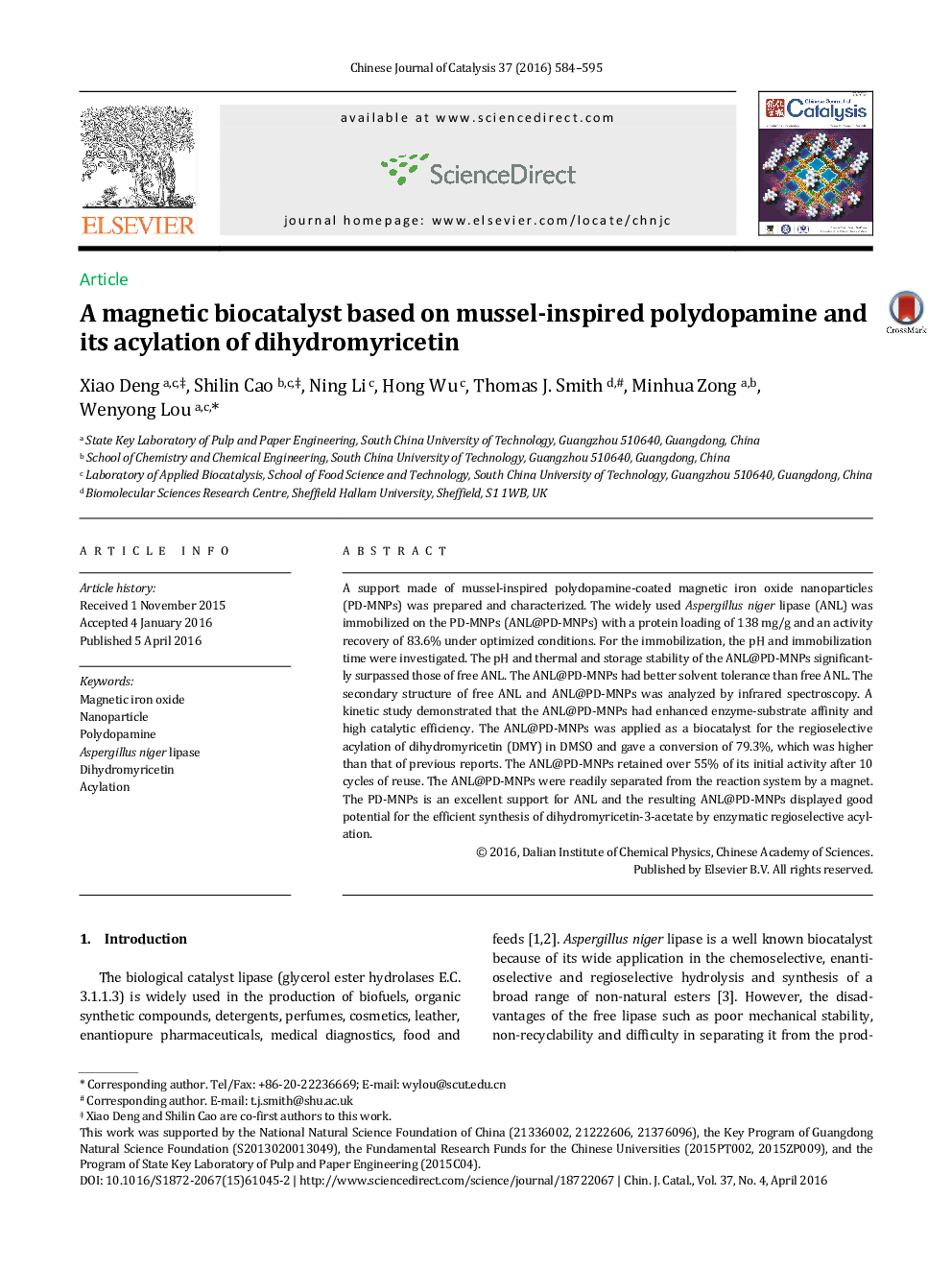 A support made of mussel-inspired polydopamine-coated magnetic iron oxide nanoparticles (PD-MNPs) was prepared and characterized. The widely used Aspergillus niger lipase (ANL) was immobilized on the PD-MNPs (ANL@PD-MNPs) with a protein loading of 138 mg/g and an activity recovery of 83.6% under optimized conditions. For the immobilization, the pH and immobilization time were investigated. The pH and thermal and storage stability of the ANL@PD-MNPs significantly surpassed those of free ANL. The ANL@PD-MNPs had better solvent tolerance than free ANL. The secondary structure of free ANL and ANL@PD-MNPs was analyzed by infrared spectroscopy. A kinetic study demonstrated that the ANL@PD-MNPs had enhanced enzyme-substrate affinity and high catalytic efficiency. The ANL@PD-MNPs was applied as a biocatalyst for the regioselective acylation of dihydromyricetin (DMY) in DMSO and gave a conversion of 79.3%, which was higher than that of previous reports. The ANL@PD-MNPs retained over 55% of its initial activity after 10 cycles of reuse. The ANL@PD-MNPs were readily separated from the reaction system by a magnet. The PD-MNPs is an excellent support for ANL and the resulting ANL@PD-MNPs displayed good potential for the efficient synthesis of dihydromyricetin-3-acetate by enzymatic regioselective acylation.