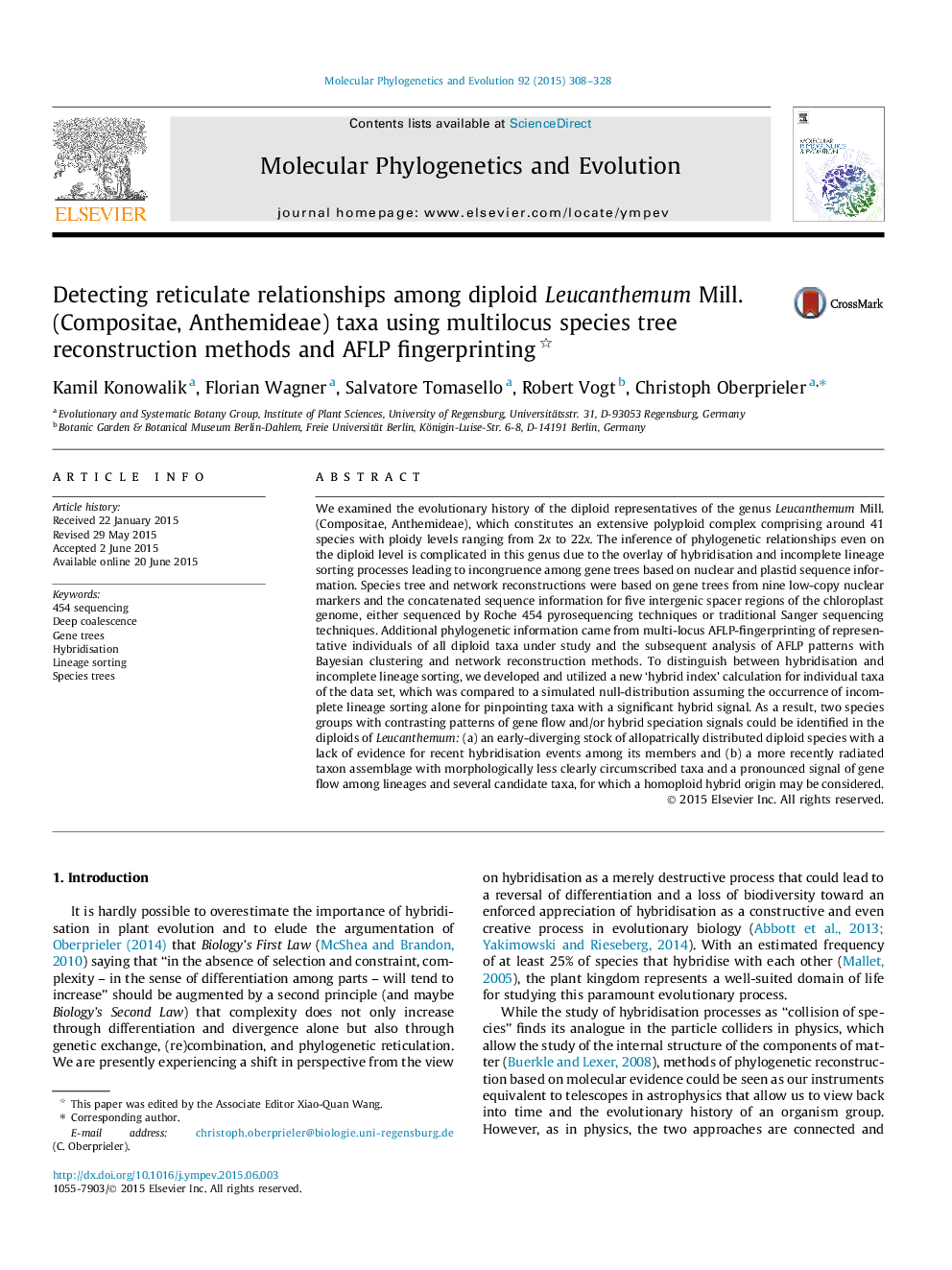 We examined the evolutionary history of the diploid representatives of the genus Leucanthemum Mill. (Compositae, Anthemideae), which constitutes an extensive polyploid complex comprising around 41 species with ploidy levels ranging from 2x to 22x. The inference of phylogenetic relationships even on the diploid level is complicated in this genus due to the overlay of hybridisation and incomplete lineage sorting processes leading to incongruence among gene trees based on nuclear and plastid sequence information. Species tree and network reconstructions were based on gene trees from nine low-copy nuclear markers and the concatenated sequence information for five intergenic spacer regions of the chloroplast genome, either sequenced by Roche 454 pyrosequencing techniques or traditional Sanger sequencing techniques. Additional phylogenetic information came from multi-locus AFLP-fingerprinting of representative individuals of all diploid taxa under study and the subsequent analysis of AFLP patterns with Bayesian clustering and network reconstruction methods. To distinguish between hybridisation and incomplete lineage sorting, we developed and utilized a new 'hybrid index' calculation for individual taxa of the data set, which was compared to a simulated null-distribution assuming the occurrence of incomplete lineage sorting alone for pinpointing taxa with a significant hybrid signal. As a result, two species groups with contrasting patterns of gene flow and/or hybrid speciation signals could be identified in the diploids of Leucanthemum: (a) an early-diverging stock of allopatrically distributed diploid species with a lack of evidence for recent hybridisation events among its members and (b) a more recently radiated taxon assemblage with morphologically less clearly circumscribed taxa and a pronounced signal of gene flow among lineages and several candidate taxa, for which a homoploid hybrid origin may be considered.