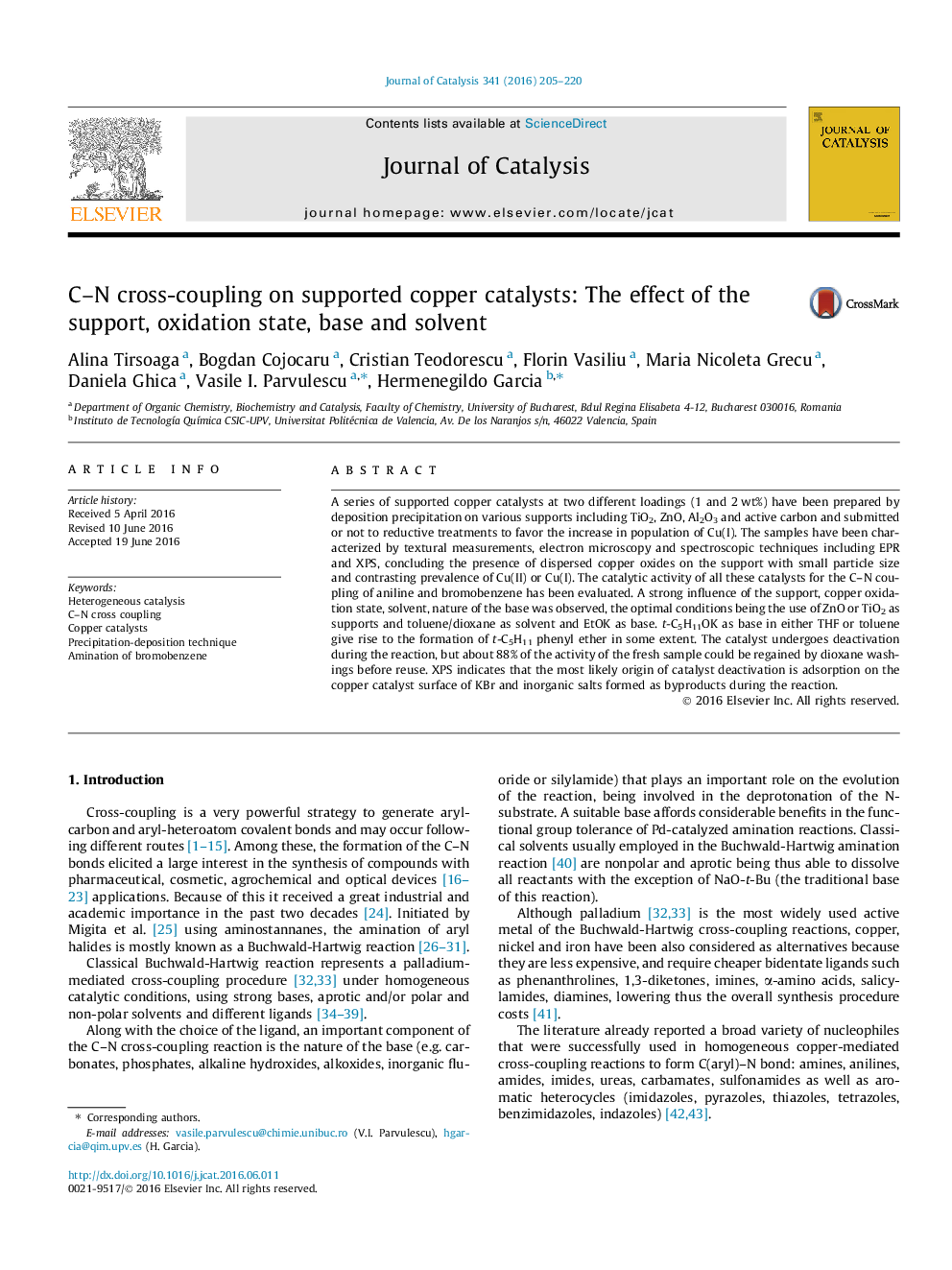 A series of supported copper catalysts at two different loadings (1 and 2 wt%) have been prepared by deposition precipitation on various supports including TiO2, ZnO, Al2O3 and active carbon and submitted or not to reductive treatments to favor the increase in population of Cu(I). The samples have been characterized by textural measurements, electron microscopy and spectroscopic techniques including EPR and XPS, concluding the presence of dispersed copper oxides on the support with small particle size and contrasting prevalence of Cu(II) or Cu(I). The catalytic activity of all these catalysts for the C–N coupling of aniline and bromobenzene has been evaluated. A strong influence of the support, copper oxidation state, solvent, nature of the base was observed, the optimal conditions being the use of ZnO or TiO2 as supports and toluene/dioxane as solvent and EtOK as base. t-C5H11OK as base in either THF or toluene give rise to the formation of t-C5H11 phenyl ether in some extent. The catalyst undergoes deactivation during the reaction, but about 88% of the activity of the fresh sample could be regained by dioxane washings before reuse. XPS indicates that the most likely origin of catalyst deactivation is adsorption on the copper catalyst surface of KBr and inorganic salts formed as byproducts during the reaction.