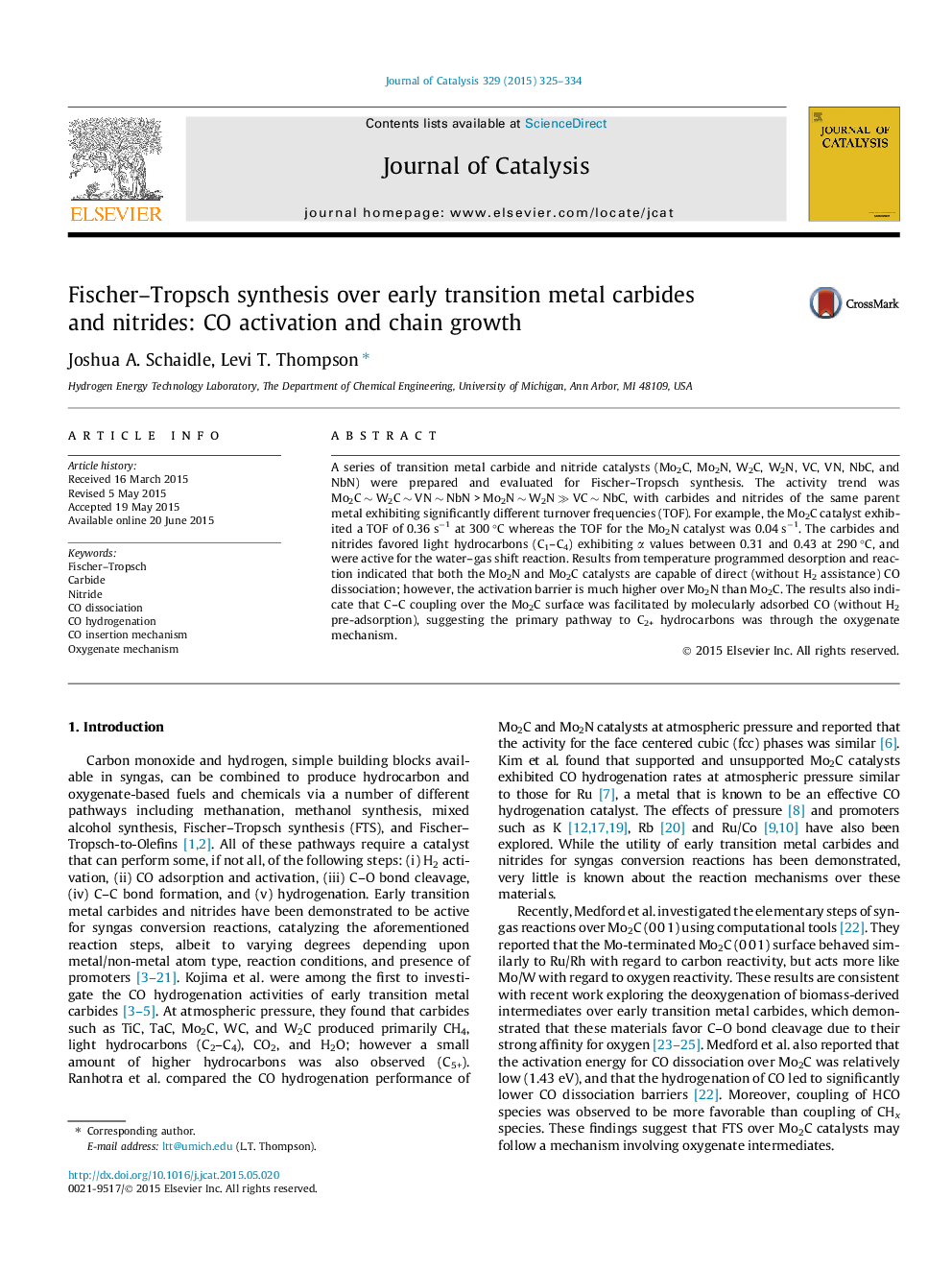 A series of transition metal carbide and nitride catalysts (Mo2C, Mo2N, W2C, W2N, VC, VN, NbC, and NbN) were prepared and evaluated for Fischer–Tropsch synthesis. The activity trend was Mo2C ∼ W2C ∼ VN ∼ NbN > Mo2N ∼ W2N ≫ VC ∼ NbC, with carbides and nitrides of the same parent metal exhibiting significantly different turnover frequencies (TOF). For example, the Mo2C catalyst exhibited a TOF of 0.36 s−1 at 300 °C whereas the TOF for the Mo2N catalyst was 0.04 s−1. The carbides and nitrides favored light hydrocarbons (C1–C4) exhibiting α values between 0.31 and 0.43 at 290 °C, and were active for the water–gas shift reaction. Results from temperature programmed desorption and reaction indicated that both the Mo2N and Mo2C catalysts are capable of direct (without H2 assistance) CO dissociation; however, the activation barrier is much higher over Mo2N than Mo2C. The results also indicate that C–C coupling over the Mo2C surface was facilitated by molecularly adsorbed CO (without H2 pre-adsorption), suggesting the primary pathway to C2+ hydrocarbons was through the oxygenate mechanism.