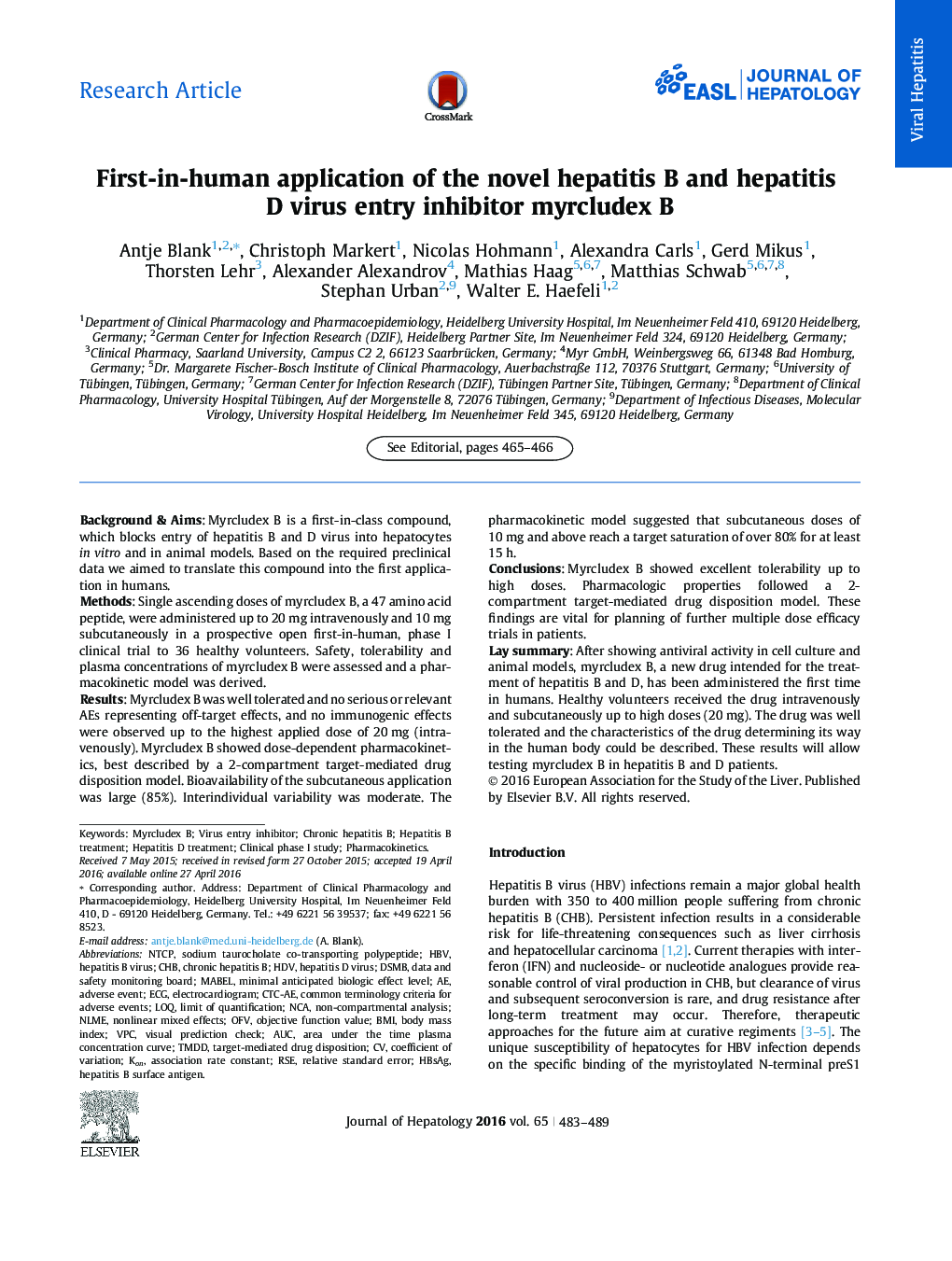 Background & AimsMyrcludex B is a first-in-class compound, which blocks entry of hepatitis B and D virus into hepatocytes in vitro and in animal models. Based on the required preclinical data we aimed to translate this compound into the first application in humans.MethodsSingle ascending doses of myrcludex B, a 47 amino acid peptide, were administered up to 20Â mg intravenously and 10Â mg subcutaneously in a prospective open first-in-human, phase I clinical trial to 36 healthy volunteers. Safety, tolerability and plasma concentrations of myrcludex B were assessed and a pharmacokinetic model was derived.ResultsMyrcludex B was well tolerated and no serious or relevant AEs representing off-target effects, and no immunogenic effects were observed up to the highest applied dose of 20Â mg (intravenously). Myrcludex B showed dose-dependent pharmacokinetics, best described by a 2-compartment target-mediated drug disposition model. Bioavailability of the subcutaneous application was large (85%). Interindividual variability was moderate. The pharmacokinetic model suggested that subcutaneous doses of 10Â mg and above reach a target saturation of over 80% for at least 15Â h.ConclusionsMyrcludex B showed excellent tolerability up to high doses. Pharmacologic properties followed a 2-compartment target-mediated drug disposition model. These findings are vital for planning of further multiple dose efficacy trials in patients.Lay summaryAfter showing antiviral activity in cell culture and animal models, myrcludex B, a new drug intended for the treatment of hepatitis B and D, has been administered the first time in humans. Healthy volunteers received the drug intravenously and subcutaneously up to high doses (20Â mg). The drug was well tolerated and the characteristics of the drug determining its way in the human body could be described. These results will allow testing myrcludex B in hepatitis B and D patients.