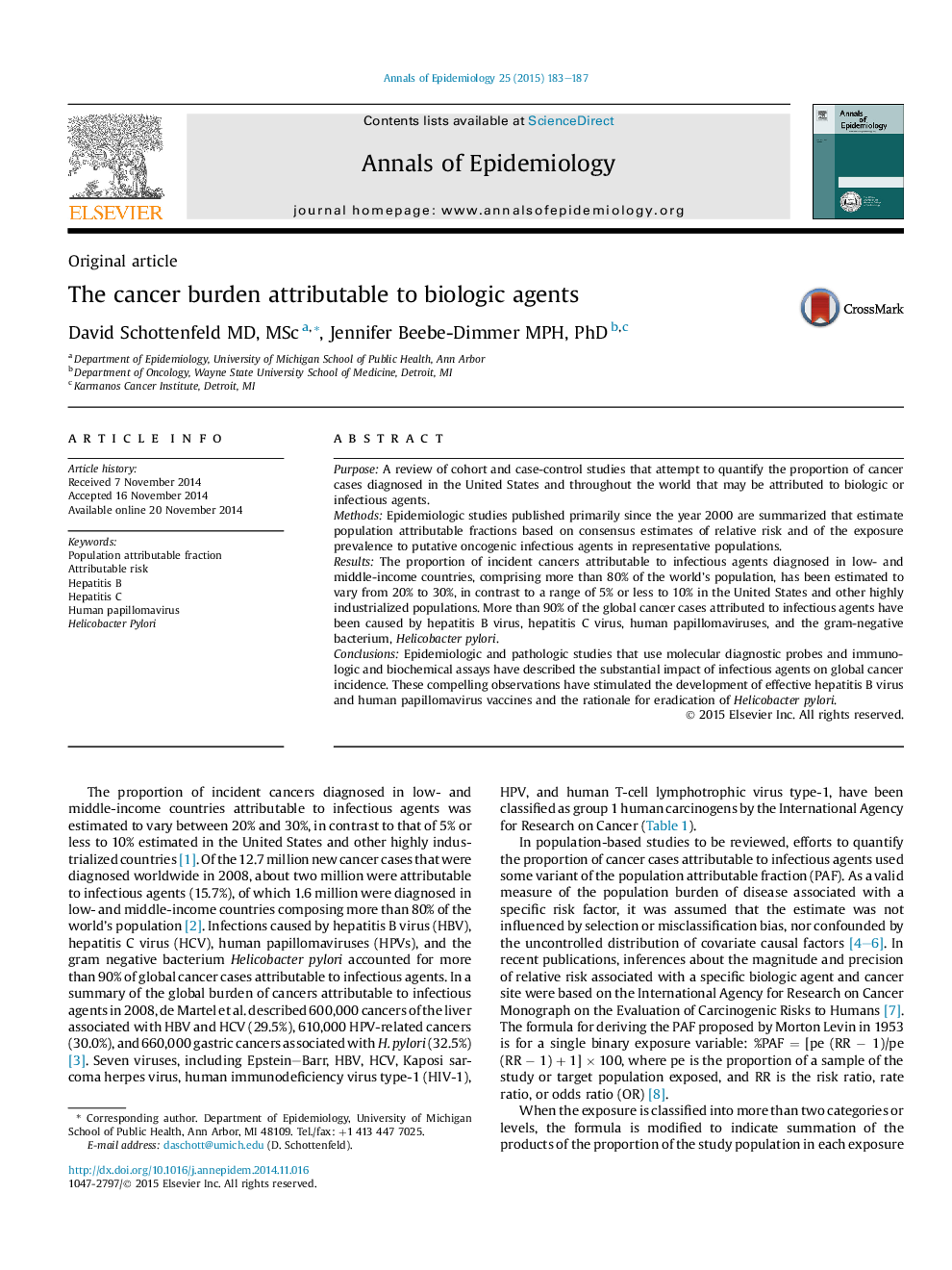 PurposeA review of cohort and case-control studies that attempt to quantify the proportion of cancer cases diagnosed in the United States and throughout the world that may be attributed to biologic or infectious agents.MethodsEpidemiologic studies published primarily since the year 2000 are summarized that estimate population attributable fractions based on consensus estimates of relative risk and of the exposure prevalence to putative oncogenic infectious agents in representative populations.ResultsThe proportion of incident cancers attributable to infectious agents diagnosed in low- and middle-income countries, comprising more than 80% of the world's population, has been estimated to vary from 20% to 30%, in contrast to a range of 5% or less to 10% in the United States and other highly industrialized populations. More than 90% of the global cancer cases attributed to infectious agents have been caused by hepatitis B virus, hepatitis C virus, human papillomaviruses, and the gram-negative bacterium, Helicobacter pylori.ConclusionsEpidemiologic and pathologic studies that use molecular diagnostic probes and immunologic and biochemical assays have described the substantial impact of infectious agents on global cancer incidence. These compelling observations have stimulated the development of effective hepatitis B virus and human papillomavirus vaccines and the rationale for eradication of Helicobacter pylori.