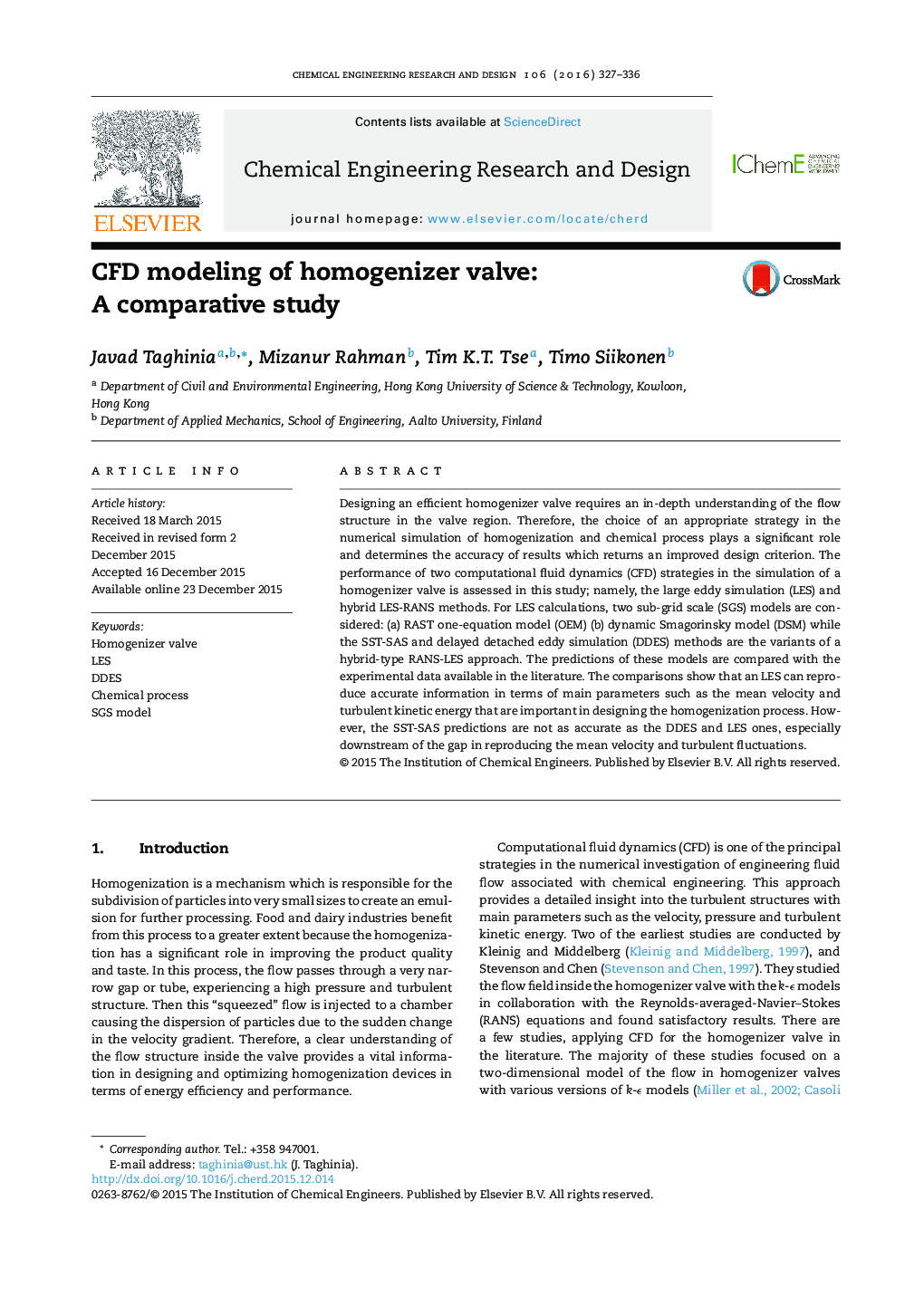 Designing an efficient homogenizer valve requires an in-depth understanding of the flow structure in the valve region. Therefore, the choice of an appropriate strategy in the numerical simulation of homogenization and chemical process plays a significant role and determines the accuracy of results which returns an improved design criterion. The performance of two computational fluid dynamics (CFD) strategies in the simulation of a homogenizer valve is assessed in this study; namely, the large eddy simulation (LES) and hybrid LES-RANS methods. For LES calculations, two sub-grid scale (SGS) models are considered: (a) RAST one-equation model (OEM) (b) dynamic Smagorinsky model (DSM) while the SST-SAS and delayed detached eddy simulation (DDES) methods are the variants of a hybrid-type RANS-LES approach. The predictions of these models are compared with the experimental data available in the literature. The comparisons show that an LES can reproduce accurate information in terms of main parameters such as the mean velocity and turbulent kinetic energy that are important in designing the homogenization process. However, the SST-SAS predictions are not as accurate as the DDES and LES ones, especially downstream of the gap in reproducing the mean velocity and turbulent fluctuations.