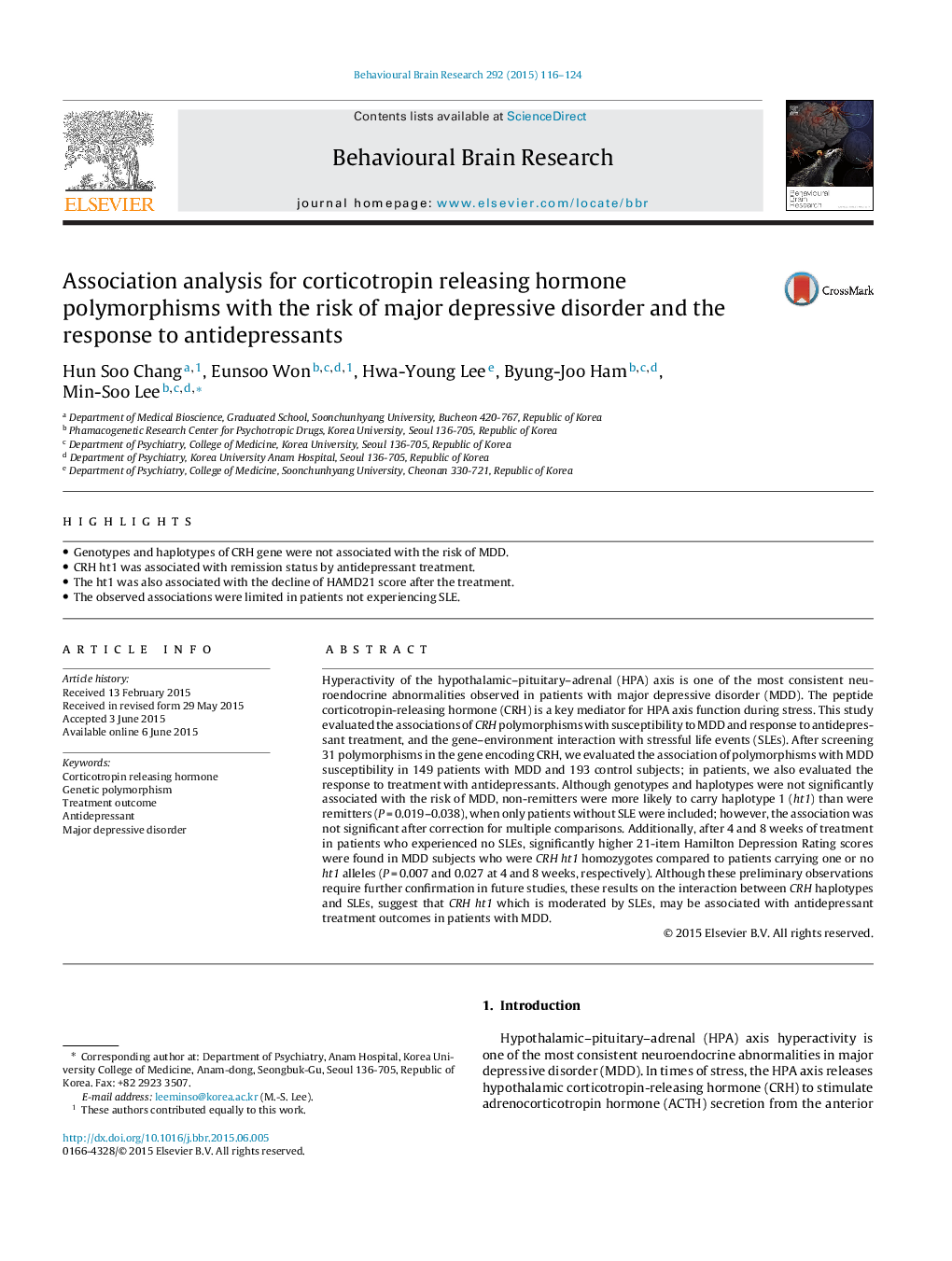 Hyperactivity of the hypothalamic-pituitary-adrenal (HPA) axis is one of the most consistent neuroendocrine abnormalities observed in patients with major depressive disorder (MDD). The peptide corticotropin-releasing hormone (CRH) is a key mediator for HPA axis function during stress. This study evaluated the associations of CRH polymorphisms with susceptibility to MDD and response to antidepressant treatment, and the gene-environment interaction with stressful life events (SLEs). After screening 31 polymorphisms in the gene encoding CRH, we evaluated the association of polymorphisms with MDD susceptibility in 149 patients with MDD and 193 control subjects; in patients, we also evaluated the response to treatment with antidepressants. Although genotypes and haplotypes were not significantly associated with the risk of MDD, non-remitters were more likely to carry haplotype 1 (ht1) than were remitters (PÂ =Â 0.019-0.038), when only patients without SLE were included; however, the association was not significant after correction for multiple comparisons. Additionally, after 4 and 8 weeks of treatment in patients who experienced no SLEs, significantly higher 21-item Hamilton Depression Rating scores were found in MDD subjects who were CRH ht1 homozygotes compared to patients carrying one or no ht1 alleles (PÂ =Â 0.007 and 0.027 at 4 and 8 weeks, respectively). Although these preliminary observations require further confirmation in future studies, these results on the interaction between CRH haplotypes and SLEs, suggest that CRH ht1 which is moderated by SLEs, may be associated with antidepressant treatment outcomes in patients with MDD.