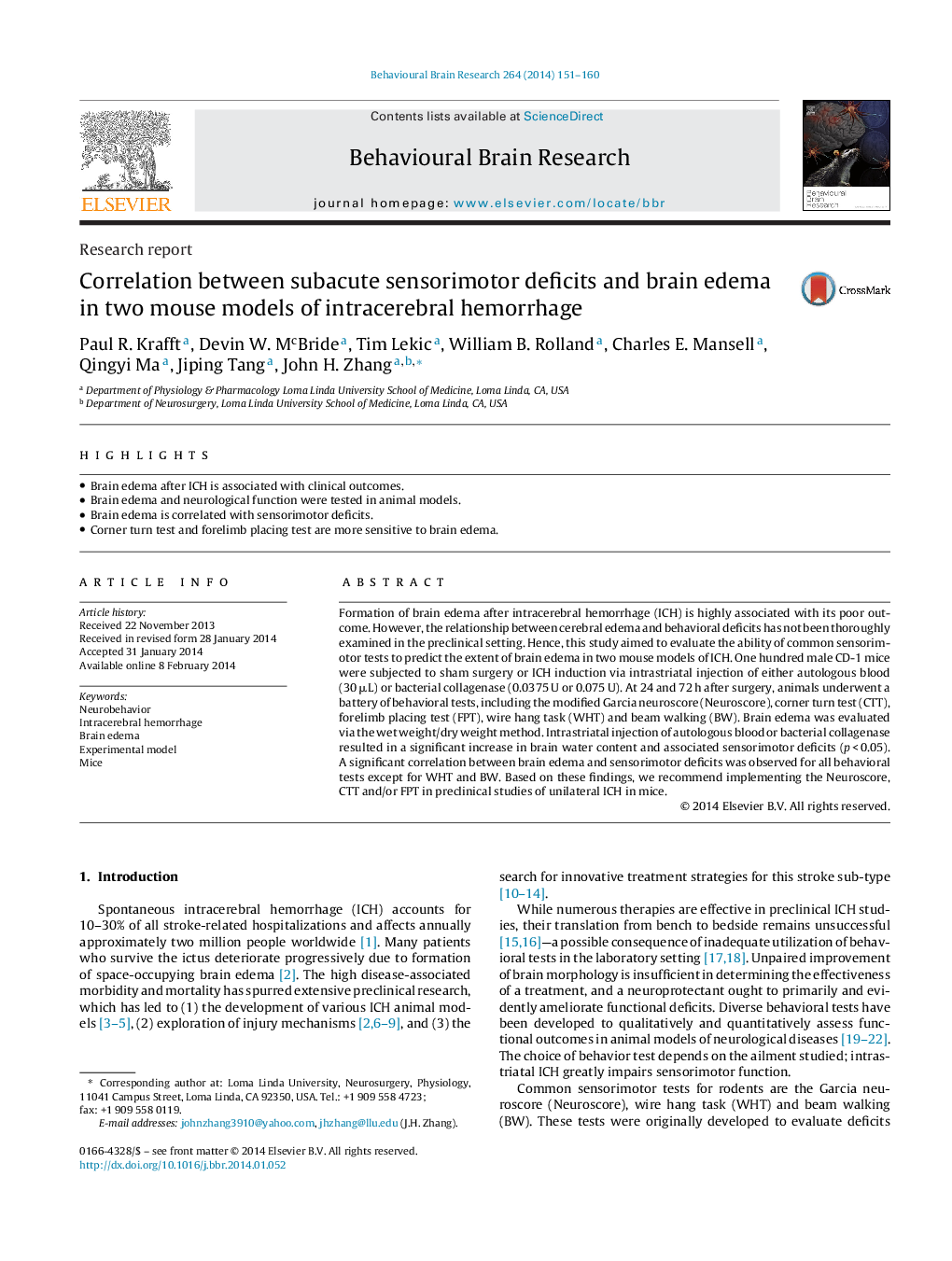 Formation of brain edema after intracerebral hemorrhage (ICH) is highly associated with its poor outcome. However, the relationship between cerebral edema and behavioral deficits has not been thoroughly examined in the preclinical setting. Hence, this study aimed to evaluate the ability of common sensorimotor tests to predict the extent of brain edema in two mouse models of ICH. One hundred male CD-1 mice were subjected to sham surgery or ICH induction via intrastriatal injection of either autologous blood (30Â Î¼L) or bacterial collagenase (0.0375Â U or 0.075Â U). At 24 and 72Â h after surgery, animals underwent a battery of behavioral tests, including the modified Garcia neuroscore (Neuroscore), corner turn test (CTT), forelimb placing test (FPT), wire hang task (WHT) and beam walking (BW). Brain edema was evaluated via the wet weight/dry weight method. Intrastriatal injection of autologous blood or bacterial collagenase resulted in a significant increase in brain water content and associated sensorimotor deficits (pÂ <Â 0.05). A significant correlation between brain edema and sensorimotor deficits was observed for all behavioral tests except for WHT and BW. Based on these findings, we recommend implementing the Neuroscore, CTT and/or FPT in preclinical studies of unilateral ICH in mice.