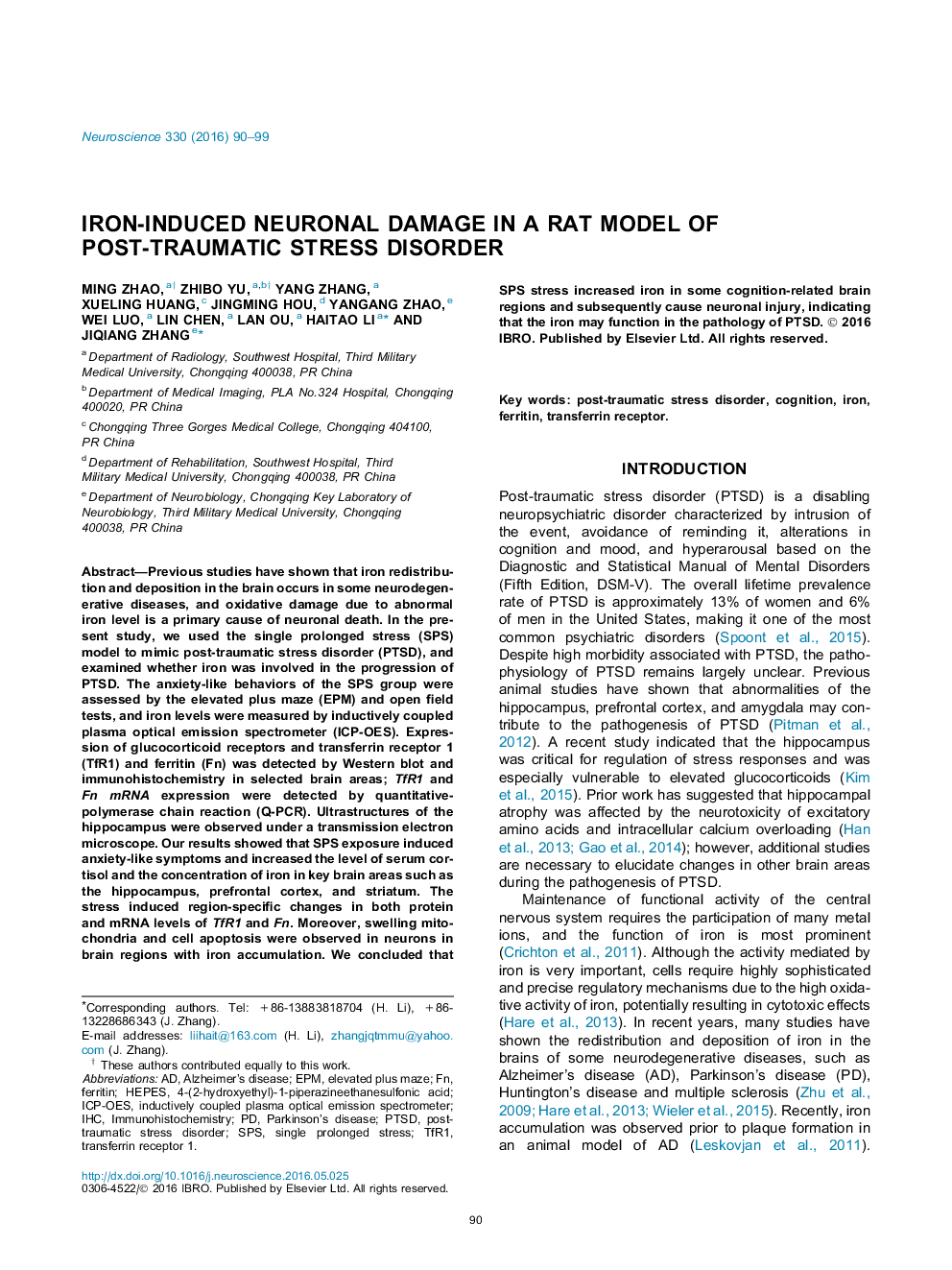 - SPS is a model which induced anxiety-like symptoms and increased GR in the hippocampus.
- Iron was increased in the hippocampus, prefrontal cortex and striatum after stress.
- Cells showed region-specific reaction to iron deposition.
- The neurons were injured in the areas of iron accumulation.

Previous studies have shown that iron redistribution and deposition in the brain occurs in some neurodegenerative diseases, and oxidative damage due to abnormal iron level is a primary cause of neuronal death. In the present study, we used the single prolonged stress (SPS) model to mimic post-traumatic stress disorder (PTSD), and examined whether iron was involved in the progression of PTSD. The anxiety-like behaviors of the SPS group were assessed by the elevated plus maze (EPM) and open field tests, and iron levels were measured by inductively coupled plasma optical emission spectrometer (ICP-OES). Expression of glucocorticoid receptors and transferrin receptor 1 (TfR1) and ferritin (Fn) was detected by Western blot and immunohistochemistry in selected brain areas; TfR1 and Fn mRNA expression were detected by quantitative-polymerase chain reaction (Q-PCR). Ultrastructures of the hippocampus were observed under a transmission electron microscope. Our results showed that SPS exposure induced anxiety-like symptoms and increased the level of serum cortisol and the concentration of iron in key brain areas such as the hippocampus, prefrontal cortex, and striatum. The stress induced region-specific changes in both protein and mRNA levels of TfR1 and Fn. Moreover, swelling mitochondria and cell apoptosis were observed in neurons in brain regions with iron accumulation. We concluded that SPS stress increased iron in some cognition-related brain regions and subsequently cause neuronal injury, indicating that the iron may function in the pathology of PTSD.