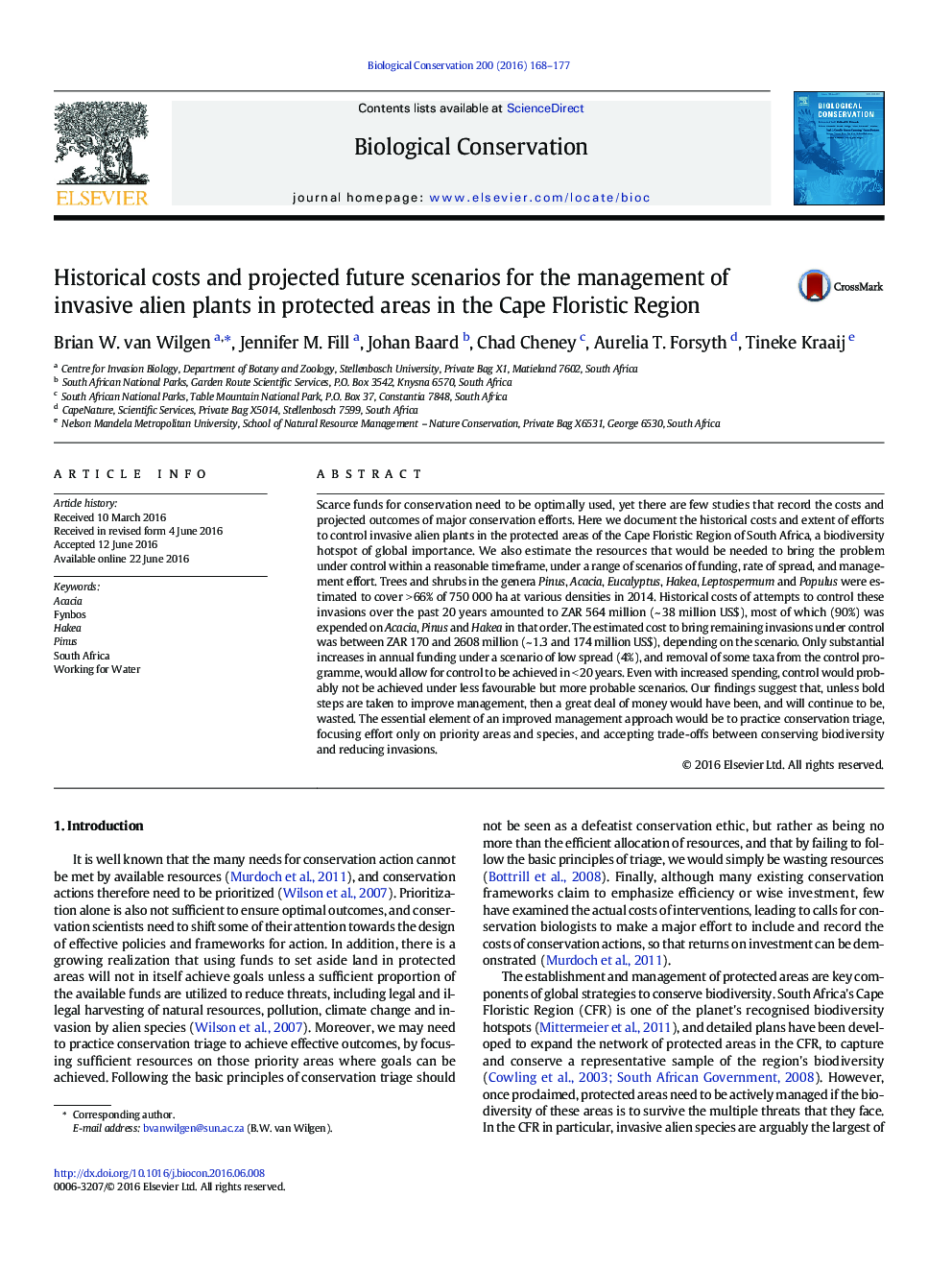 - Protected areas in the Cape Floristic Region are threatened by invasive alien plants.
- Between 11 and 175 million US$ will be required to address the problem.
- Barriers to effective management must be overcome to achieve sustainable control.
- Control is possible under specific scenarios of funding, spread rates and management.
- Important changes to management policies need to be made to achieve control.

Scarce funds for conservation need to be optimally used, yet there are few studies that record the costs and projected outcomes of major conservation efforts. Here we document the historical costs and extent of efforts to control invasive alien plants in the protected areas of the Cape Floristic Region of South Africa, a biodiversity hotspot of global importance. We also estimate the resources that would be needed to bring the problem under control within a reasonable timeframe, under a range of scenarios of funding, rate of spread, and management effort. Trees and shrubs in the genera Pinus, Acacia, Eucalyptus, Hakea, Leptospermum and Populus were estimated to cover >Â 66% of 750Â 000Â ha at various densities in 2014. Historical costs of attempts to control these invasions over the past 20Â years amounted to ZAR 564 million (~Â 38 million US$), most of which (90%) was expended on Acacia, Pinus and Hakea in that order. The estimated cost to bring remaining invasions under control was between ZAR 170 and 2608 million (~Â 1.3 and 174 million US$), depending on the scenario. Only substantial increases in annual funding under a scenario of low spread (4%), and removal of some taxa from the control programme, would allow for control to be achieved in <Â 20Â years. Even with increased spending, control would probably not be achieved under less favourable but more probable scenarios. Our findings suggest that, unless bold steps are taken to improve management, then a great deal of money would have been, and will continue to be, wasted. The essential element of an improved management approach would be to practice conservation triage, focusing effort only on priority areas and species, and accepting trade-offs between conserving biodiversity and reducing invasions.