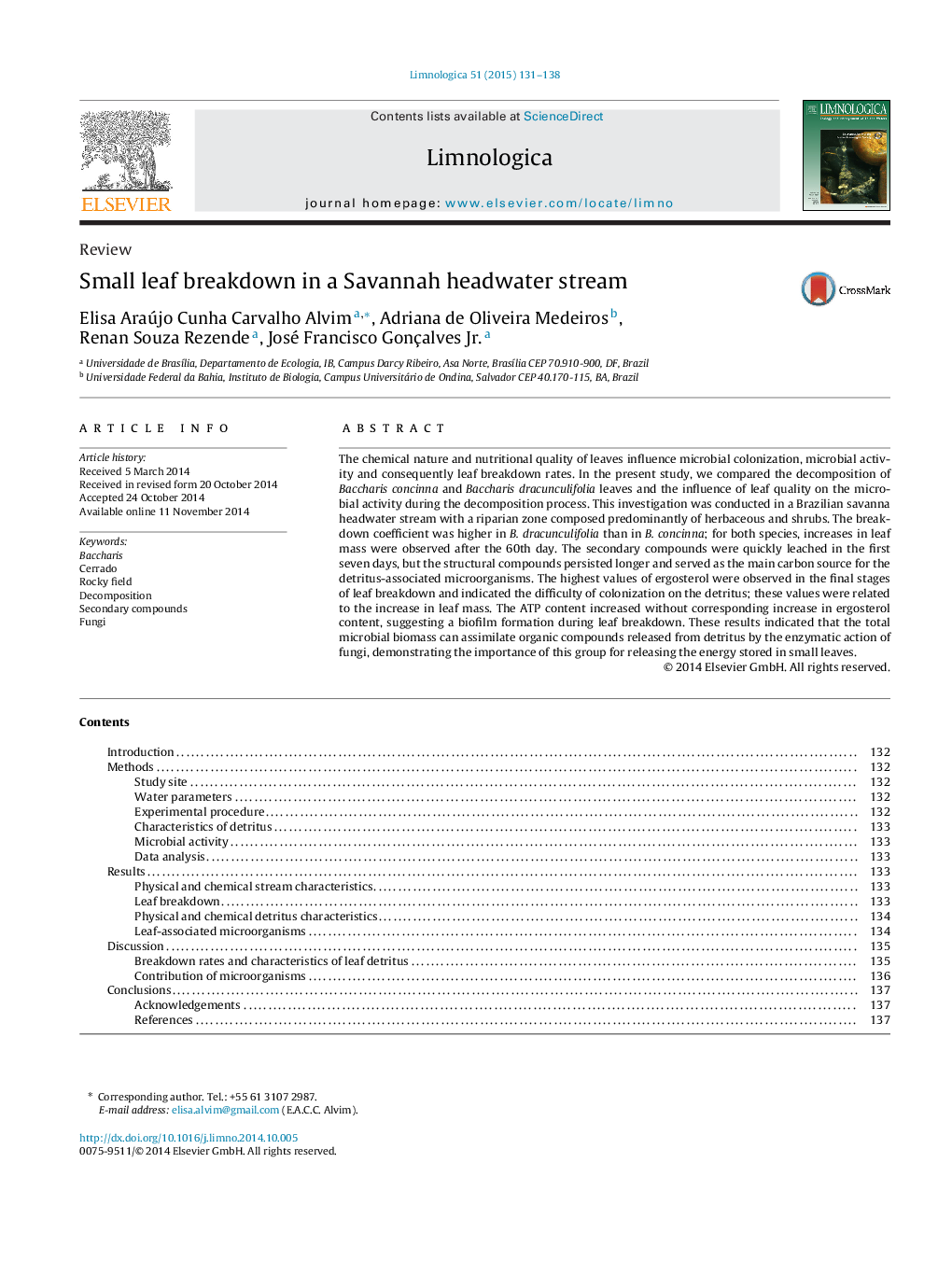 The chemical nature and nutritional quality of leaves influence microbial colonization, microbial activity and consequently leaf breakdown rates. In the present study, we compared the decomposition of Baccharis concinna and Baccharis dracunculifolia leaves and the influence of leaf quality on the microbial activity during the decomposition process. This investigation was conducted in a Brazilian savanna headwater stream with a riparian zone composed predominantly of herbaceous and shrubs. The breakdown coefficient was higher in B. dracunculifolia than in B. concinna; for both species, increases in leaf mass were observed after the 60th day. The secondary compounds were quickly leached in the first seven days, but the structural compounds persisted longer and served as the main carbon source for the detritus-associated microorganisms. The highest values of ergosterol were observed in the final stages of leaf breakdown and indicated the difficulty of colonization on the detritus; these values were related to the increase in leaf mass. The ATP content increased without corresponding increase in ergosterol content, suggesting a biofilm formation during leaf breakdown. These results indicated that the total microbial biomass can assimilate organic compounds released from detritus by the enzymatic action of fungi, demonstrating the importance of this group for releasing the energy stored in small leaves.