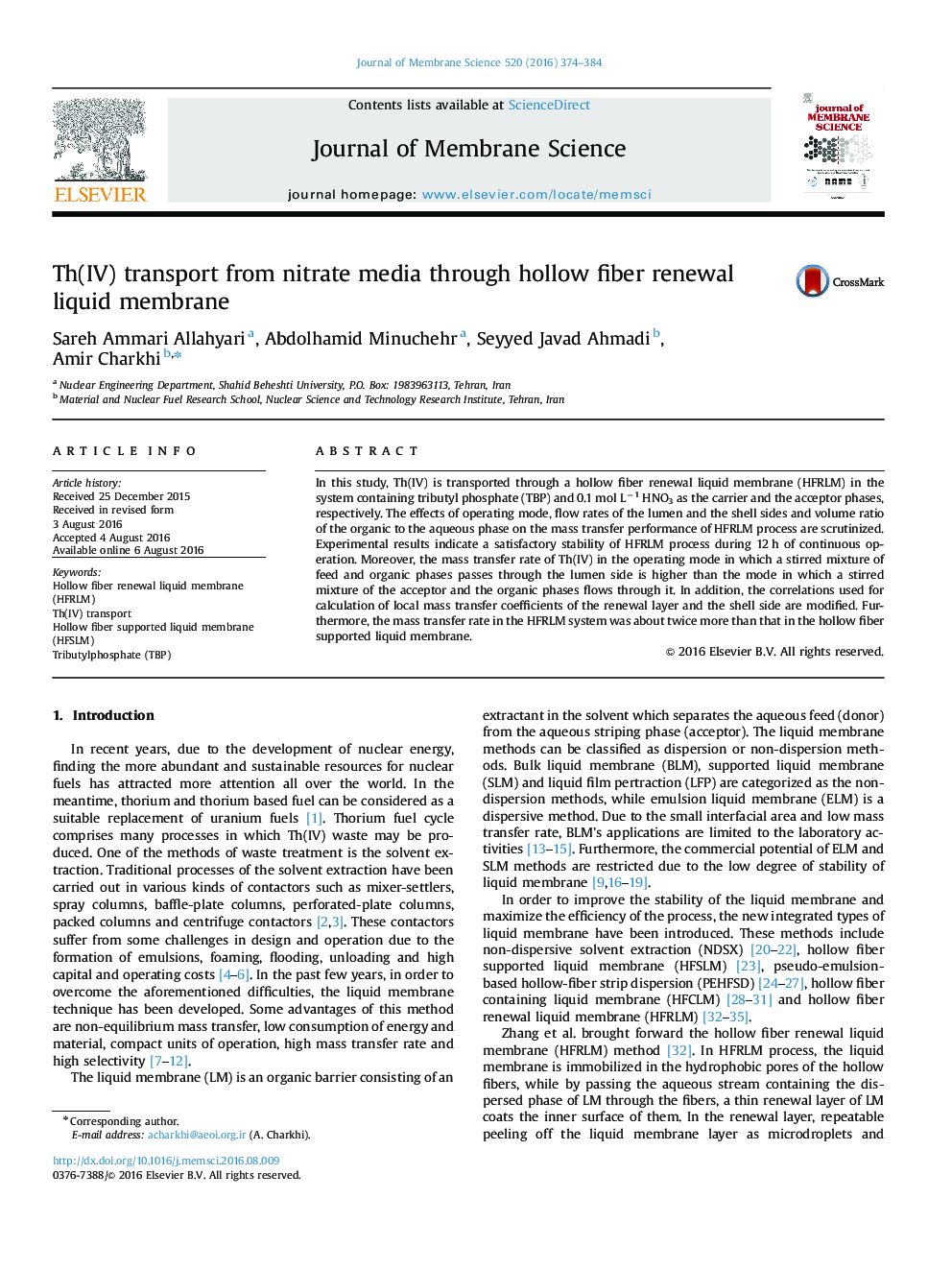 • Th(IV) transport through the hollow fiber renewal liquid membrane was studied.
• The stability of HFRLM is satisfactory during 12 h of continuous operation.
• The separation performance of HFRLM is better than HFSLM.
• The overall mass transfer coefficients were measured and used to modify related correlations.

In this study, Th(IV) is transported through a hollow fiber renewal liquid membrane (HFRLM) in the system containing tributyl phosphate (TBP) and 0.1 mol L−1 HNO3 as the carrier and the acceptor phases, respectively. The effects of operating mode, flow rates of the lumen and the shell sides and volume ratio of the organic to the aqueous phase on the mass transfer performance of HFRLM process are scrutinized. Experimental results indicate a satisfactory stability of HFRLM process during 12 h of continuous operation. Moreover, the mass transfer rate of Th(IV) in the operating mode in which a stirred mixture of feed and organic phases passes through the lumen side is higher than the mode in which a stirred mixture of the acceptor and the organic phases flows through it. In addition, the correlations used for calculation of local mass transfer coefficients of the renewal layer and the shell side are modified. Furthermore, the mass transfer rate in the HFRLM system was about twice more than that in the hollow fiber supported liquid membrane.