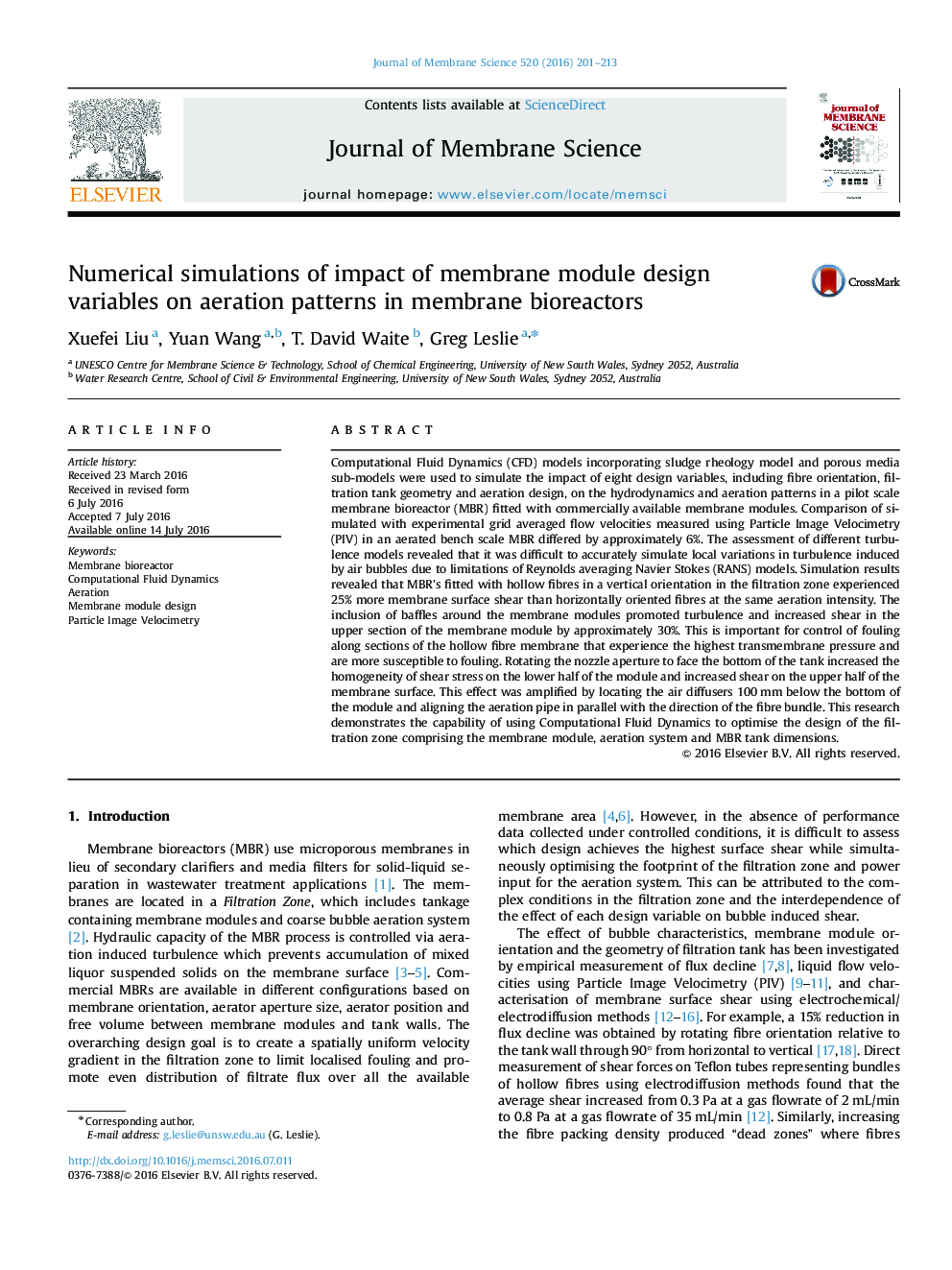 Computational Fluid Dynamics (CFD) models incorporating sludge rheology model and porous media sub-models were used to simulate the impact of eight design variables, including fibre orientation, filtration tank geometry and aeration design, on the hydrodynamics and aeration patterns in a pilot scale membrane bioreactor (MBR) fitted with commercially available membrane modules. Comparison of simulated with experimental grid averaged flow velocities measured using Particle Image Velocimetry (PIV) in an aerated bench scale MBR differed by approximately 6%. The assessment of different turbulence models revealed that it was difficult to accurately simulate local variations in turbulence induced by air bubbles due to limitations of Reynolds averaging Navier Stokes (RANS) models. Simulation results revealed that MBR's fitted with hollow fibres in a vertical orientation in the filtration zone experienced 25% more membrane surface shear than horizontally oriented fibres at the same aeration intensity. The inclusion of baffles around the membrane modules promoted turbulence and increased shear in the upper section of the membrane module by approximately 30%. This is important for control of fouling along sections of the hollow fibre membrane that experience the highest transmembrane pressure and are more susceptible to fouling. Rotating the nozzle aperture to face the bottom of the tank increased the homogeneity of shear stress on the lower half of the module and increased shear on the upper half of the membrane surface. This effect was amplified by locating the air diffusers 100 mm below the bottom of the module and aligning the aeration pipe in parallel with the direction of the fibre bundle. This research demonstrates the capability of using Computational Fluid Dynamics to optimise the design of the filtration zone comprising the membrane module, aeration system and MBR tank dimensions.