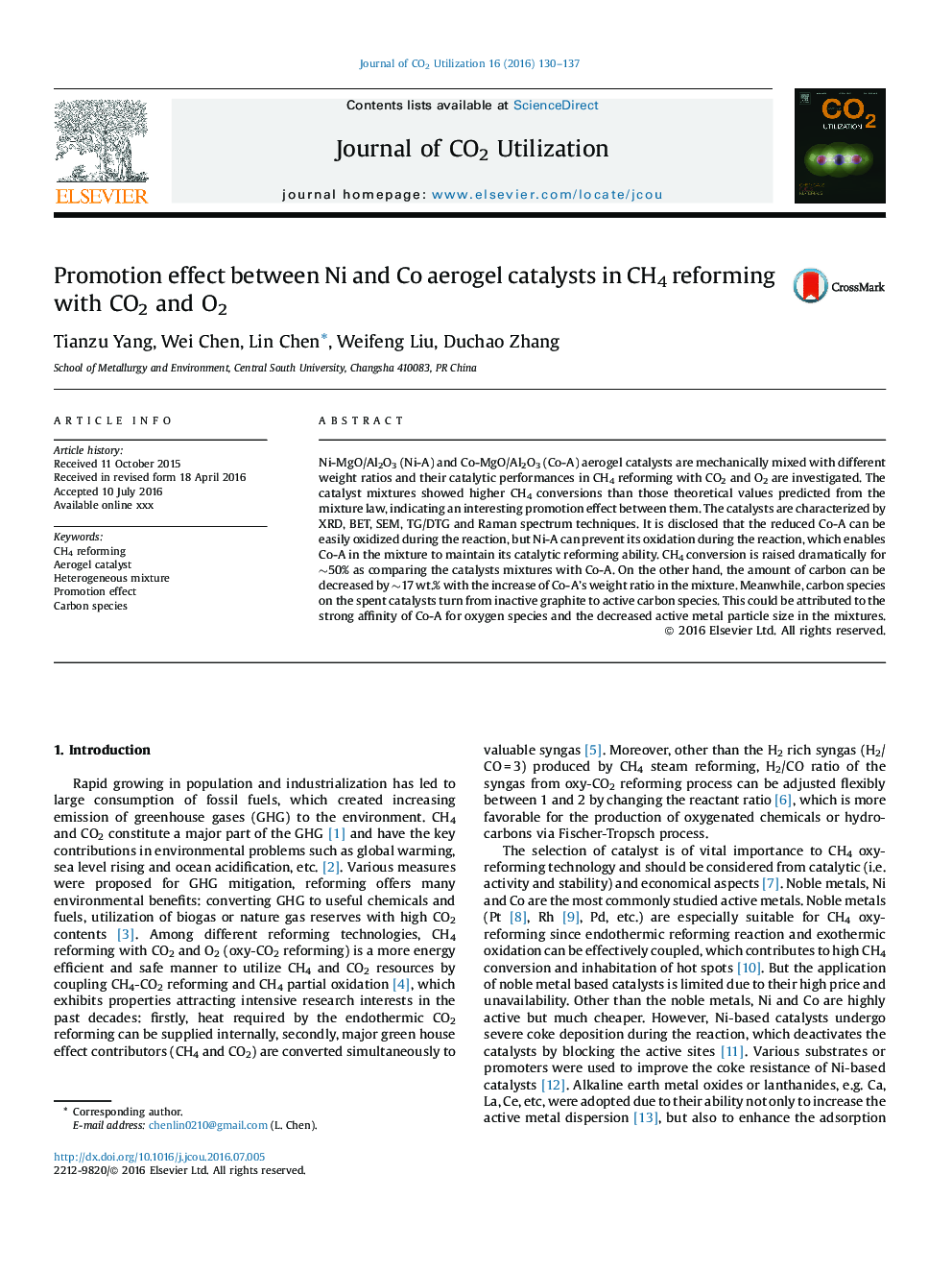 Ni-MgO/Al2O3 (Ni-A) and Co-MgO/Al2O3 (Co-A) aerogel catalysts are mechanically mixed with different weight ratios and their catalytic performances in CH4 reforming with CO2 and O2 are investigated. The catalyst mixtures showed higher CH4 conversions than those theoretical values predicted from the mixture law, indicating an interesting promotion effect between them. The catalysts are characterized by XRD, BET, SEM, TG/DTG and Raman spectrum techniques. It is disclosed that the reduced Co-A can be easily oxidized during the reaction, but Ni-A can prevent its oxidation during the reaction, which enables Co-A in the mixture to maintain its catalytic reforming ability. CH4 conversion is raised dramatically for ∼50% as comparing the catalysts mixtures with Co-A. On the other hand, the amount of carbon can be decreased by ∼17 wt.% with the increase of Co-A’s weight ratio in the mixture. Meanwhile, carbon species on the spent catalysts turn from inactive graphite to active carbon species. This could be attributed to the strong affinity of Co-A for oxygen species and the decreased active metal particle size in the mixtures.

Promotion effect between mechanically mixed Ni and Co aerogel catalysts was found, which influences not only CH4 conversion but also coking behavior of the catalysts.Figure optionsDownload as PowerPoint slide