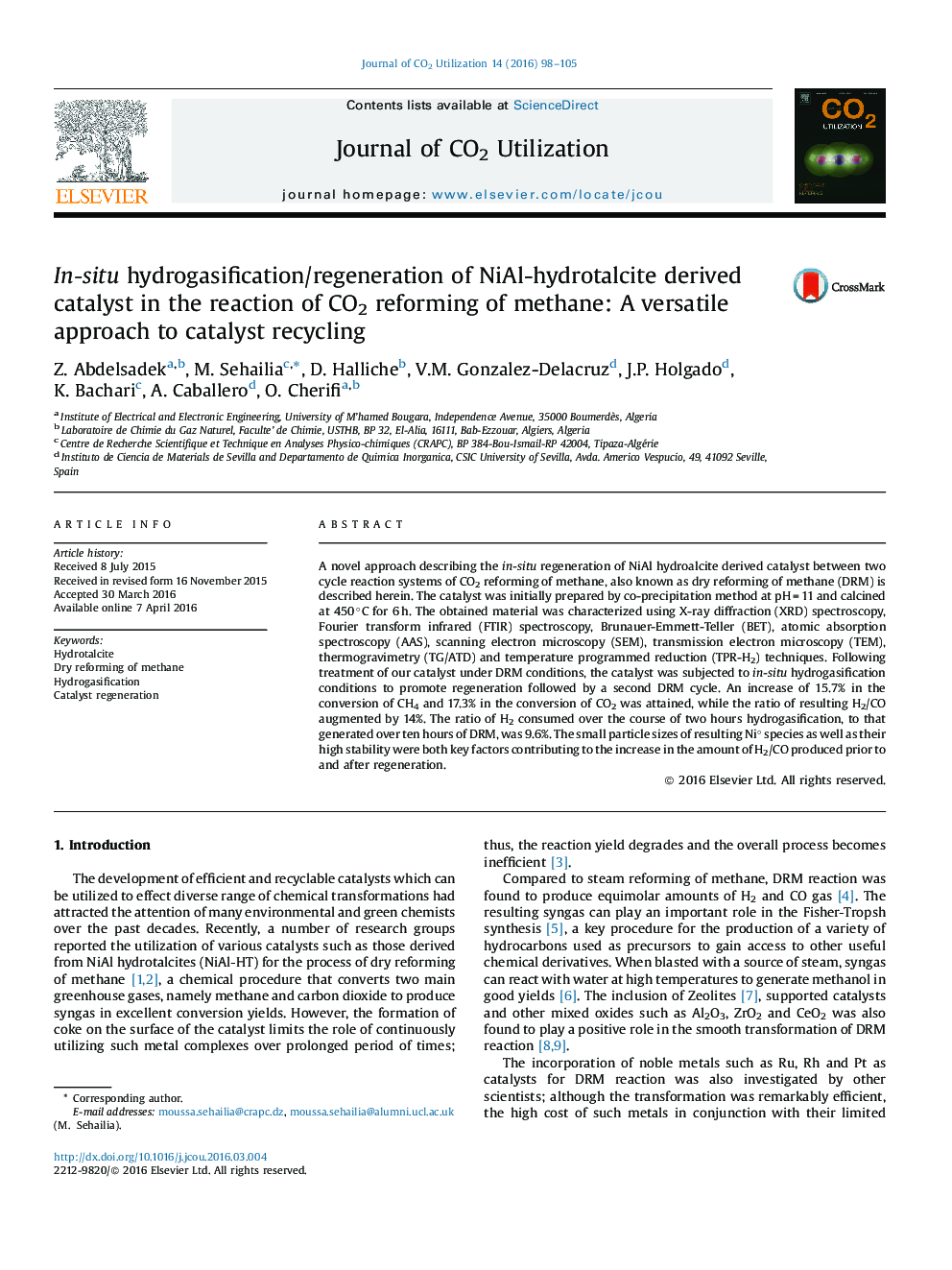 A novel approach describing the in-situ regeneration of NiAl hydroalcite derived catalyst between two cycle reaction systems of CO2 reforming of methane, also known as dry reforming of methane (DRM) is described herein. The catalyst was initially prepared by co-precipitation method at pH = 11 and calcined at 450 °C for 6 h. The obtained material was characterized using X-ray diffraction (XRD) spectroscopy, Fourier transform infrared (FTIR) spectroscopy, Brunauer-Emmett-Teller (BET), atomic absorption spectroscopy (AAS), scanning electron microscopy (SEM), transmission electron microscopy (TEM), thermogravimetry (TG/ATD) and temperature programmed reduction (TPR-H2) techniques. Following treatment of our catalyst under DRM conditions, the catalyst was subjected to in-situ hydrogasification conditions to promote regeneration followed by a second DRM cycle. An increase of 15.7% in the conversion of CH4 and 17.3% in the conversion of CO2 was attained, while the ratio of resulting H2/CO augmented by 14%. The ratio of H2 consumed over the course of two hours hydrogasification, to that generated over ten hours of DRM, was 9.6%. The small particle sizes of resulting Ni° species as well as their high stability were both key factors contributing to the increase in the amount of H2/CO produced prior to and after regeneration.