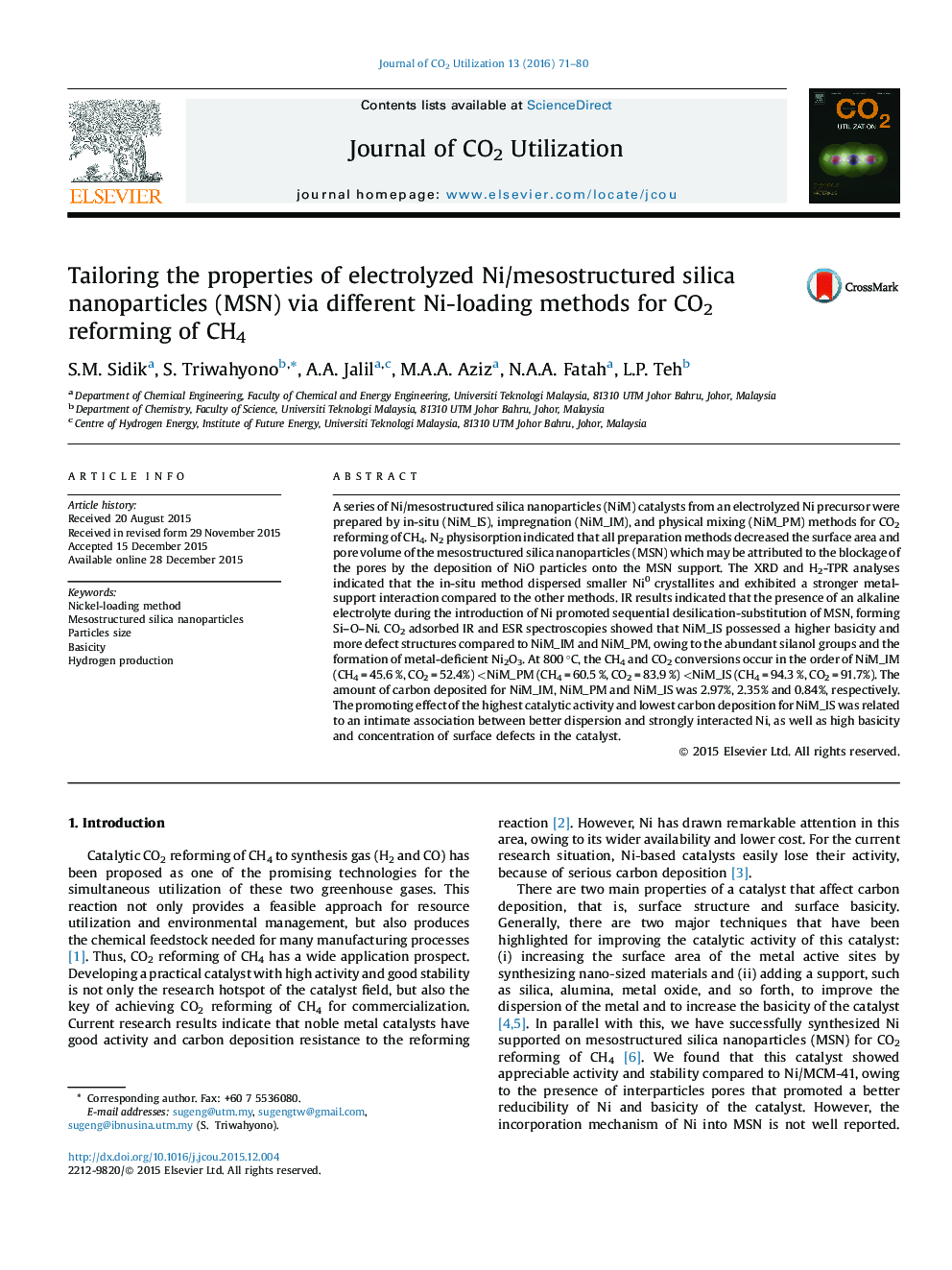 A series of Ni/mesostructured silica nanoparticles (NiM) catalysts from an electrolyzed Ni precursor were prepared by in-situ (NiM_IS), impregnation (NiM_IM), and physical mixing (NiM_PM) methods for CO2 reforming of CH4. N2 physisorption indicated that all preparation methods decreased the surface area and pore volume of the mesostructured silica nanoparticles (MSN) which may be attributed to the blockage of the pores by the deposition of NiO particles onto the MSN support. The XRD and H2-TPR analyses indicated that the in-situ method dispersed smaller Ni0 crystallites and exhibited a stronger metal-support interaction compared to the other methods. IR results indicated that the presence of an alkaline electrolyte during the introduction of Ni promoted sequential desilication-substitution of MSN, forming Si–O–Ni. CO2 adsorbed IR and ESR spectroscopies showed that NiM_IS possessed a higher basicity and more defect structures compared to NiM_IM and NiM_PM, owing to the abundant silanol groups and the formation of metal-deficient Ni2O3. At 800 °C, the CH4 and CO2 conversions occur in the order of NiM_IM (CH4 = 45.6 %, CO2 = 52.4%)