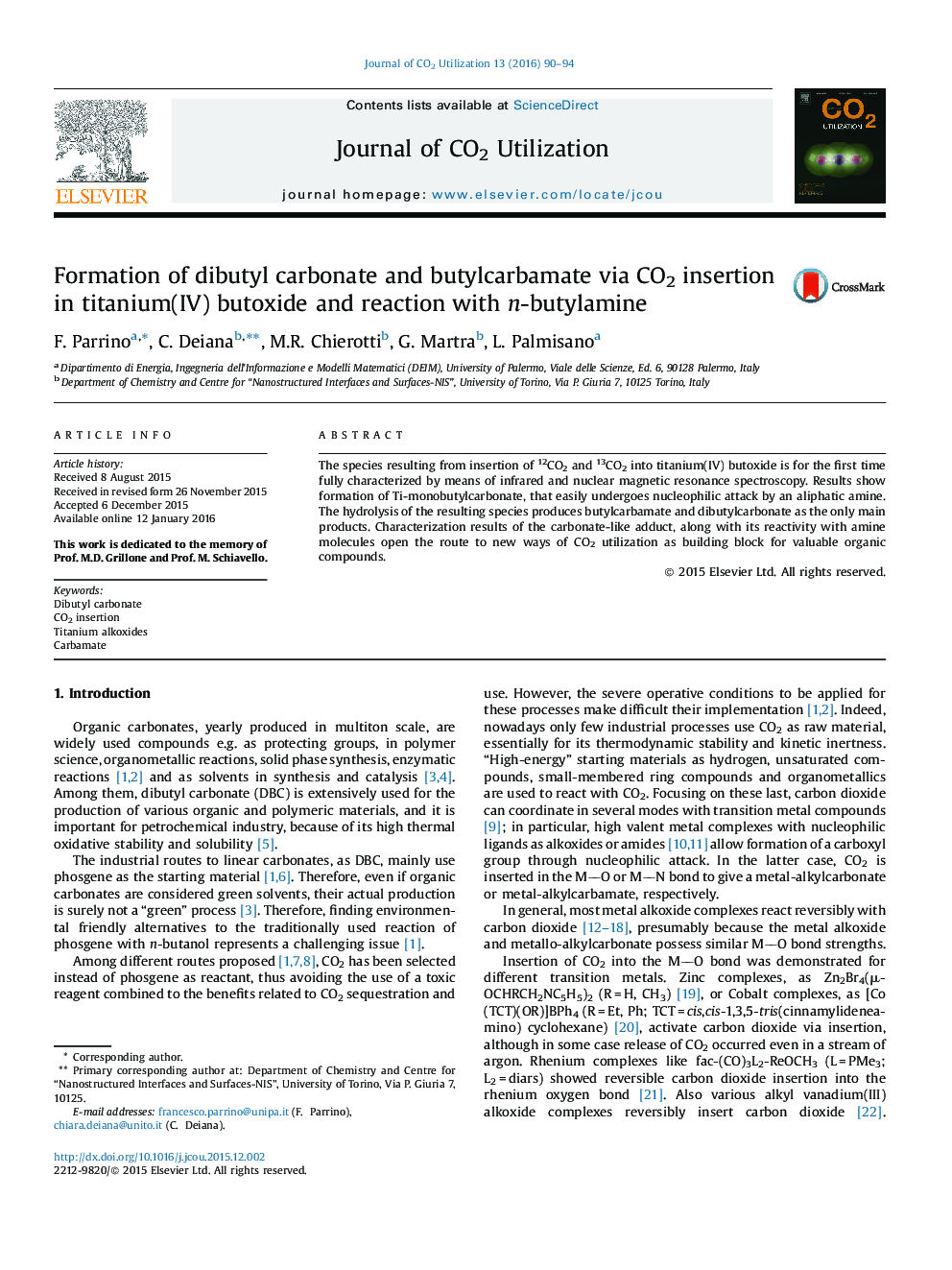 The species resulting from insertion of 12CO2 and 13CO2 into titanium(IV) butoxide is for the first time fully characterized by means of infrared and nuclear magnetic resonance spectroscopy. Results show formation of Ti-monobutylcarbonate, that easily undergoes nucleophilic attack by an aliphatic amine. The hydrolysis of the resulting species produces butylcarbamate and dibutylcarbonate as the only main products. Characterization results of the carbonate-like adduct, along with its reactivity with amine molecules open the route to new ways of CO2 utilization as building block for valuable organic compounds.