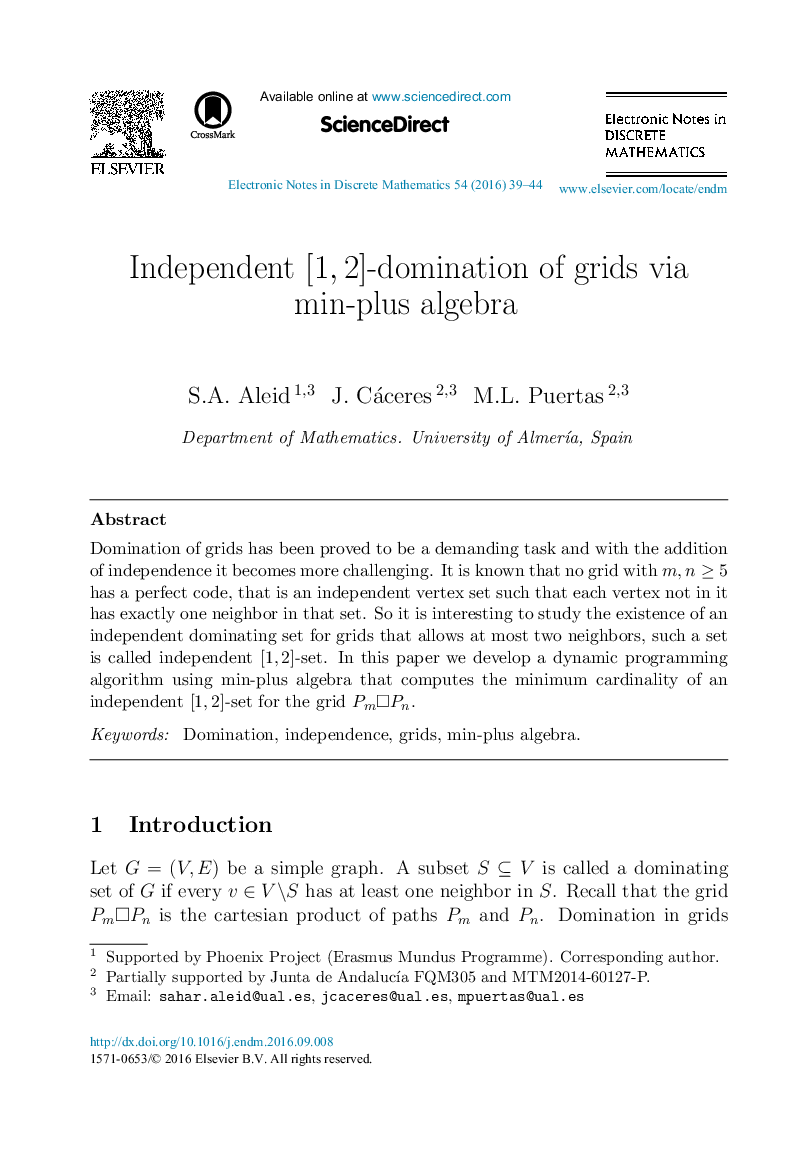 Domination of grids has been proved to be a demanding task and with the addition of independence it becomes more challenging. It is known that no grid with m,nâ¥5 has a perfect code, that is an independent vertex set such that each vertex not in it has exactly one neighbor in that set. So it is interesting to study the existence of an independent dominating set for grids that allows at most two neighbors, such a set is called independent [1, 2]-set. In this paper we develop a dynamic programming algorithm using min-plus algebra that computes the minimum cardinality of an independent [1, 2]-set for the grid Pmâ¡Pn.