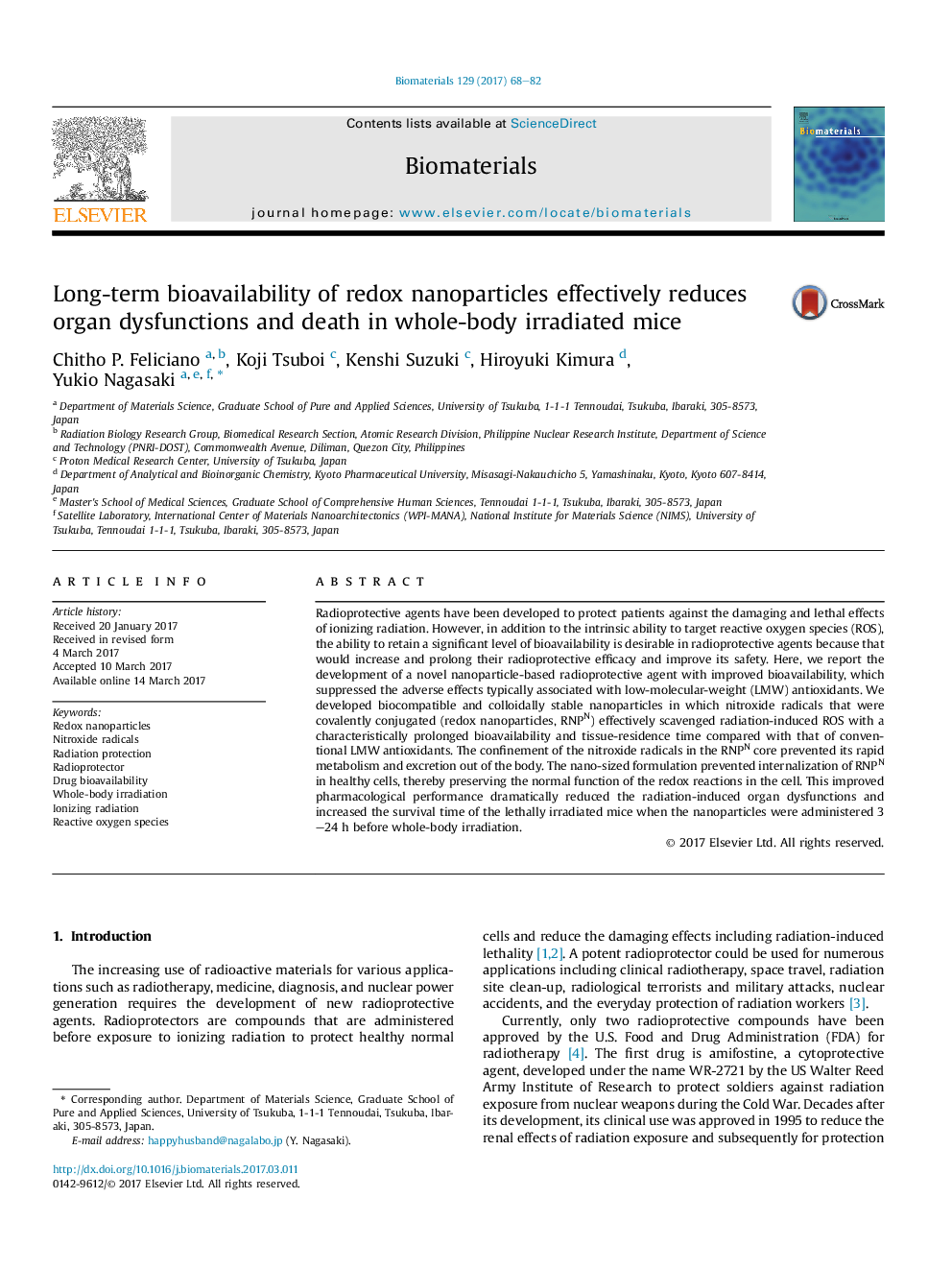 Radioprotective agents have been developed to protect patients against the damaging and lethal effects of ionizing radiation. However, in addition to the intrinsic ability to target reactive oxygen species (ROS), the ability to retain a significant level of bioavailability is desirable in radioprotective agents because that would increase and prolong their radioprotective efficacy and improve its safety. Here, we report the development of a novel nanoparticle-based radioprotective agent with improved bioavailability, which suppressed the adverse effects typically associated with low-molecular-weight (LMW) antioxidants. We developed biocompatible and colloidally stable nanoparticles in which nitroxide radicals that were covalently conjugated (redox nanoparticles, RNPN) effectively scavenged radiation-induced ROS with a characteristically prolonged bioavailability and tissue-residence time compared with that of conventional LMW antioxidants. The confinement of the nitroxide radicals in the RNPN core prevented its rapid metabolism and excretion out of the body. The nano-sized formulation prevented internalization of RNPN in healthy cells, thereby preserving the normal function of the redox reactions in the cell. This improved pharmacological performance dramatically reduced the radiation-induced organ dysfunctions and increased the survival time of the lethally irradiated mice when the nanoparticles were administered 3-24Â h before whole-body irradiation.