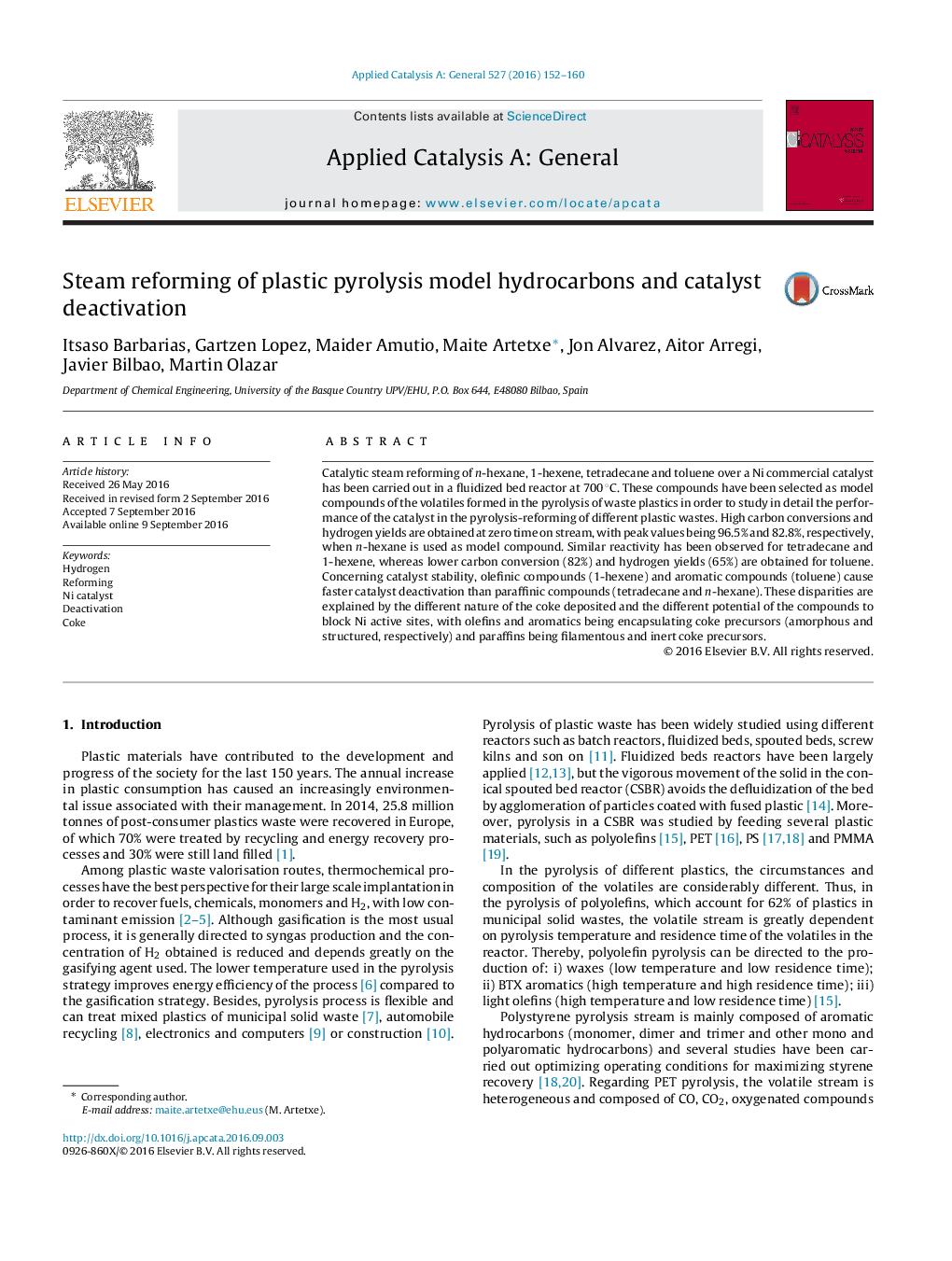 - n-Hexane, 1-hexene, tetradecane and toluene are selected as model compounds of the plastics waste pyrolysis stream.
- The conversion obtained with linear hydrocarbons is higher (>92%) than with aromatics (82%).
- Catalyst deactivation rate order is tolueneÂ >Â 1-hexeneÂ >Â tetradecaneÂ >Â n-hexane.
- The nature of the coke deposited on the catalyst varies depending on the model compound used.

Catalytic steam reforming of n-hexane, 1-hexene, tetradecane and toluene over a Ni commercial catalyst has been carried out in a fluidized bed reactor at 700Â Â°C. These compounds have been selected as model compounds of the volatiles formed in the pyrolysis of waste plastics in order to study in detail the performance of the catalyst in the pyrolysis-reforming of different plastic wastes. High carbon conversions and hydrogen yields are obtained at zero time on stream, with peak values being 96.5% and 82.8%, respectively, when n-hexane is used as model compound. Similar reactivity has been observed for tetradecane and 1-hexene, whereas lower carbon conversion (82%) and hydrogen yields (65%) are obtained for toluene. Concerning catalyst stability, olefinic compounds (1-hexene) and aromatic compounds (toluene) cause faster catalyst deactivation than paraffinic compounds (tetradecane and n-hexane). These disparities are explained by the different nature of the coke deposited and the different potential of the compounds to block Ni active sites, with olefins and aromatics being encapsulating coke precursors (amorphous and structured, respectively) and paraffins being filamentous and inert coke precursors.