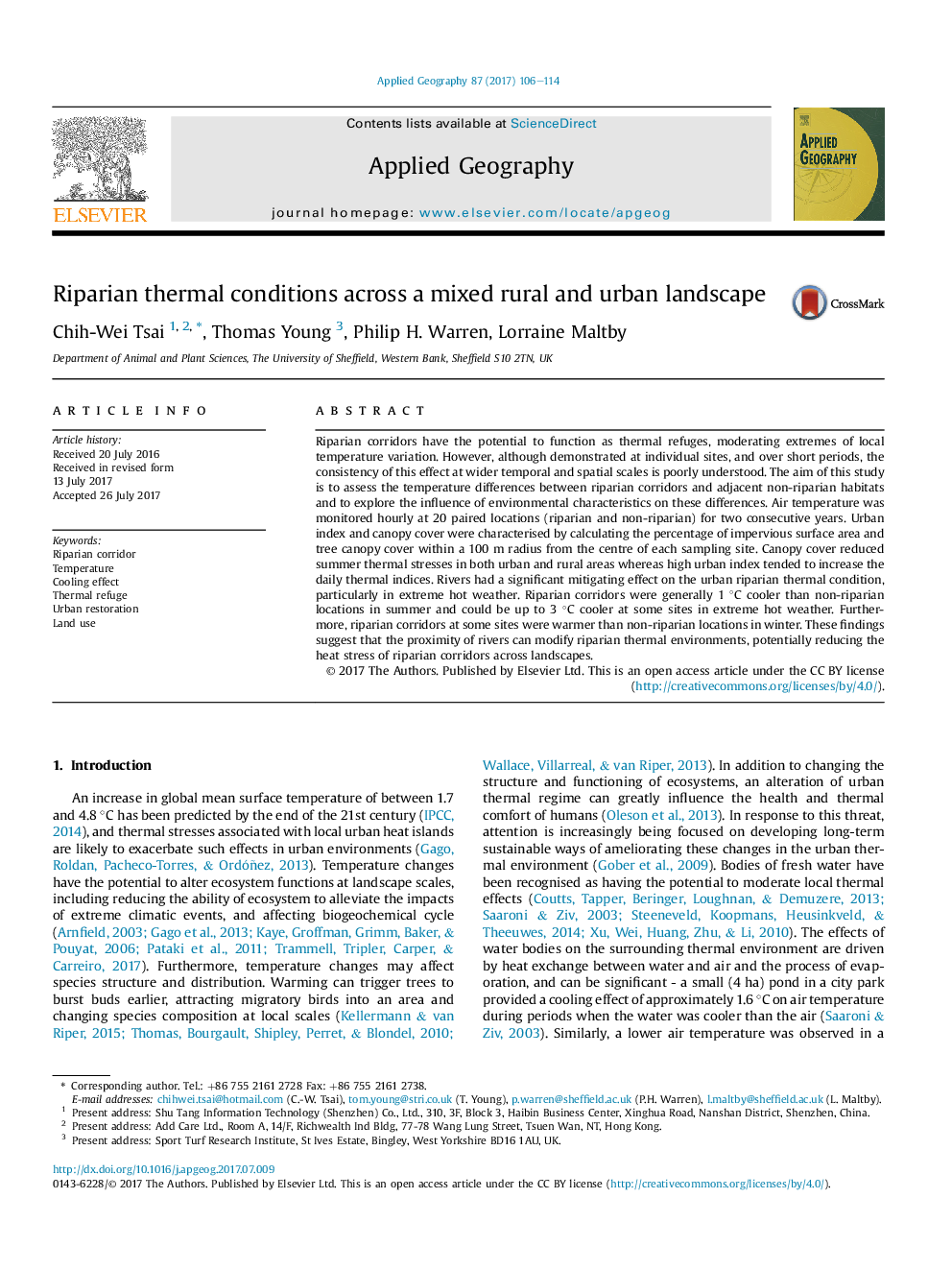 Riparian corridors have the potential to function as thermal refuges, moderating extremes of local temperature variation. However, although demonstrated at individual sites, and over short periods, the consistency of this effect at wider temporal and spatial scales is poorly understood. The aim of this study is to assess the temperature differences between riparian corridors and adjacent non-riparian habitats and to explore the influence of environmental characteristics on these differences. Air temperature was monitored hourly at 20 paired locations (riparian and non-riparian) for two consecutive years. Urban index and canopy cover were characterised by calculating the percentage of impervious surface area and tree canopy cover within a 100Â m radius from the centre of each sampling site. Canopy cover reduced summer thermal stresses in both urban and rural areas whereas high urban index tended to increase the daily thermal indices. Rivers had a significant mitigating effect on the urban riparian thermal condition, particularly in extreme hot weather. Riparian corridors were generally 1Â Â°C cooler than non-riparian locations in summer and could be up to 3Â Â°C cooler at some sites in extreme hot weather. Furthermore, riparian corridors at some sites were warmer than non-riparian locations in winter. These findings suggest that the proximity of rivers can modify riparian thermal environments, potentially reducing the heat stress of riparian corridors across landscapes.