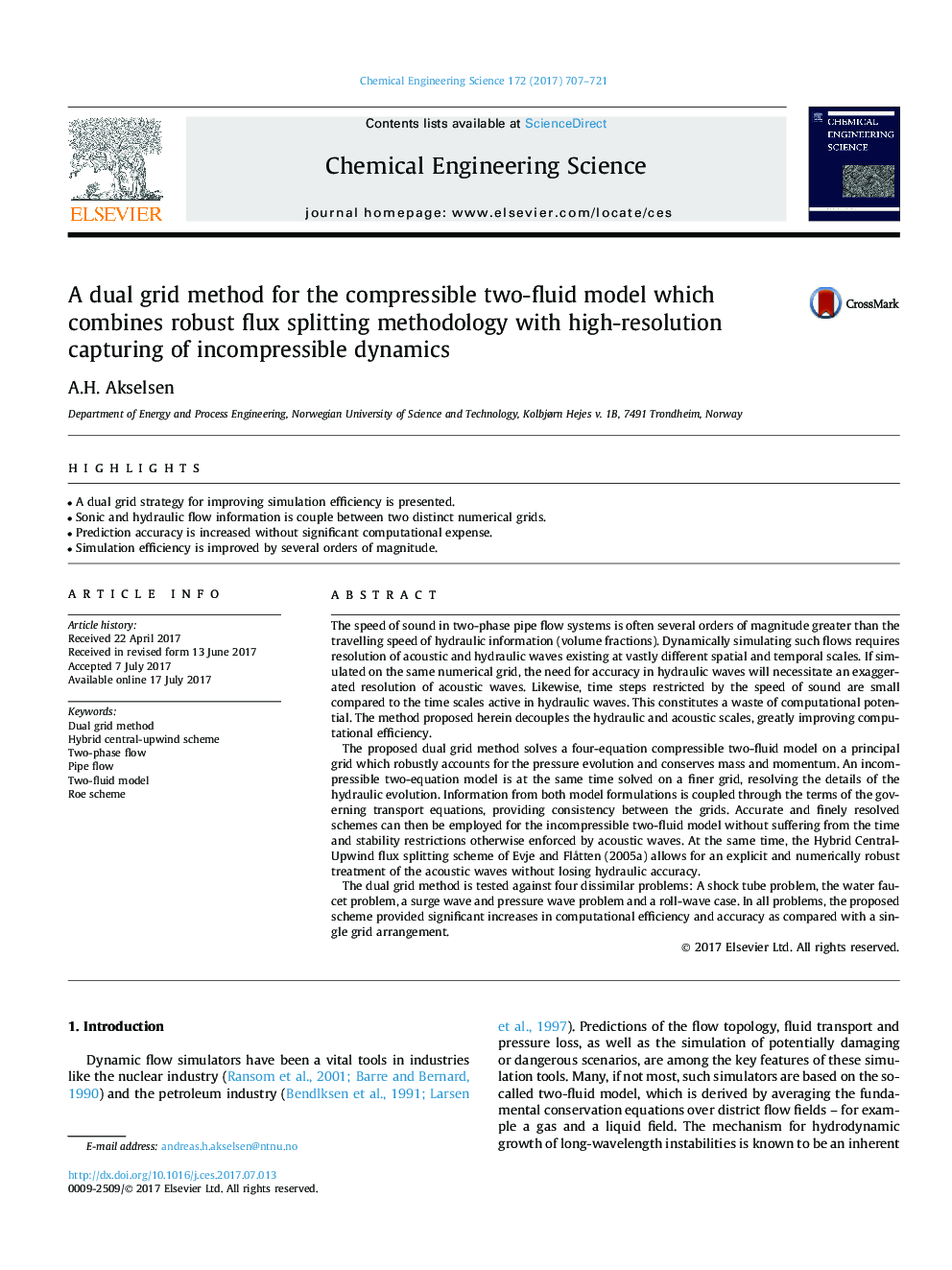 The speed of sound in two-phase pipe flow systems is often several orders of magnitude greater than the travelling speed of hydraulic information (volume fractions). Dynamically simulating such flows requires resolution of acoustic and hydraulic waves existing at vastly different spatial and temporal scales. If simulated on the same numerical grid, the need for accuracy in hydraulic waves will necessitate an exaggerated resolution of acoustic waves. Likewise, time steps restricted by the speed of sound are small compared to the time scales active in hydraulic waves. This constitutes a waste of computational potential. The method proposed herein decouples the hydraulic and acoustic scales, greatly improving computational efficiency.The proposed dual grid method solves a four-equation compressible two-fluid model on a principal grid which robustly accounts for the pressure evolution and conserves mass and momentum. An incompressible two-equation model is at the same time solved on a finer grid, resolving the details of the hydraulic evolution. Information from both model formulations is coupled through the terms of the governing transport equations, providing consistency between the grids. Accurate and finely resolved schemes can then be employed for the incompressible two-fluid model without suffering from the time and stability restrictions otherwise enforced by acoustic waves. At the same time, the Hybrid Central-Upwind flux splitting scheme of Evje and FlÃ¥tten (2005a) allows for an explicit and numerically robust treatment of the acoustic waves without losing hydraulic accuracy.The dual grid method is tested against four dissimilar problems: A shock tube problem, the water faucet problem, a surge wave and pressure wave problem and a roll-wave case. In all problems, the proposed scheme provided significant increases in computational efficiency and accuracy as compared with a single grid arrangement.