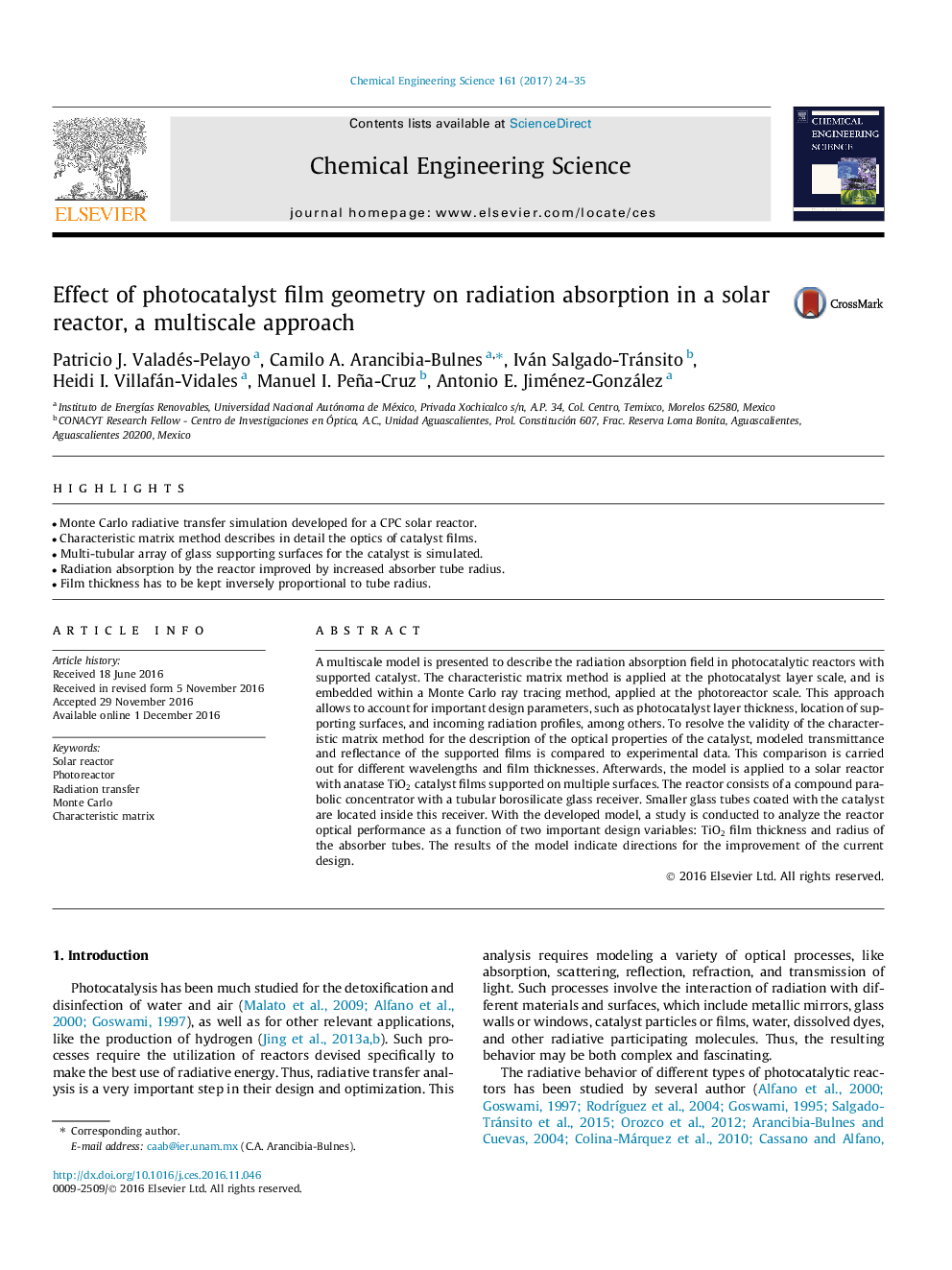 A multiscale model is presented to describe the radiation absorption field in photocatalytic reactors with supported catalyst. The characteristic matrix method is applied at the photocatalyst layer scale, and is embedded within a Monte Carlo ray tracing method, applied at the photoreactor scale. This approach allows to account for important design parameters, such as photocatalyst layer thickness, location of supporting surfaces, and incoming radiation profiles, among others. To resolve the validity of the characteristic matrix method for the description of the optical properties of the catalyst, modeled transmittance and reflectance of the supported films is compared to experimental data. This comparison is carried out for different wavelengths and film thicknesses. Afterwards, the model is applied to a solar reactor with anatase TiO2 catalyst films supported on multiple surfaces. The reactor consists of a compound parabolic concentrator with a tubular borosilicate glass receiver. Smaller glass tubes coated with the catalyst are located inside this receiver. With the developed model, a study is conducted to analyze the reactor optical performance as a function of two important design variables: TiO2 film thickness and radius of the absorber tubes. The results of the model indicate directions for the improvement of the current design.