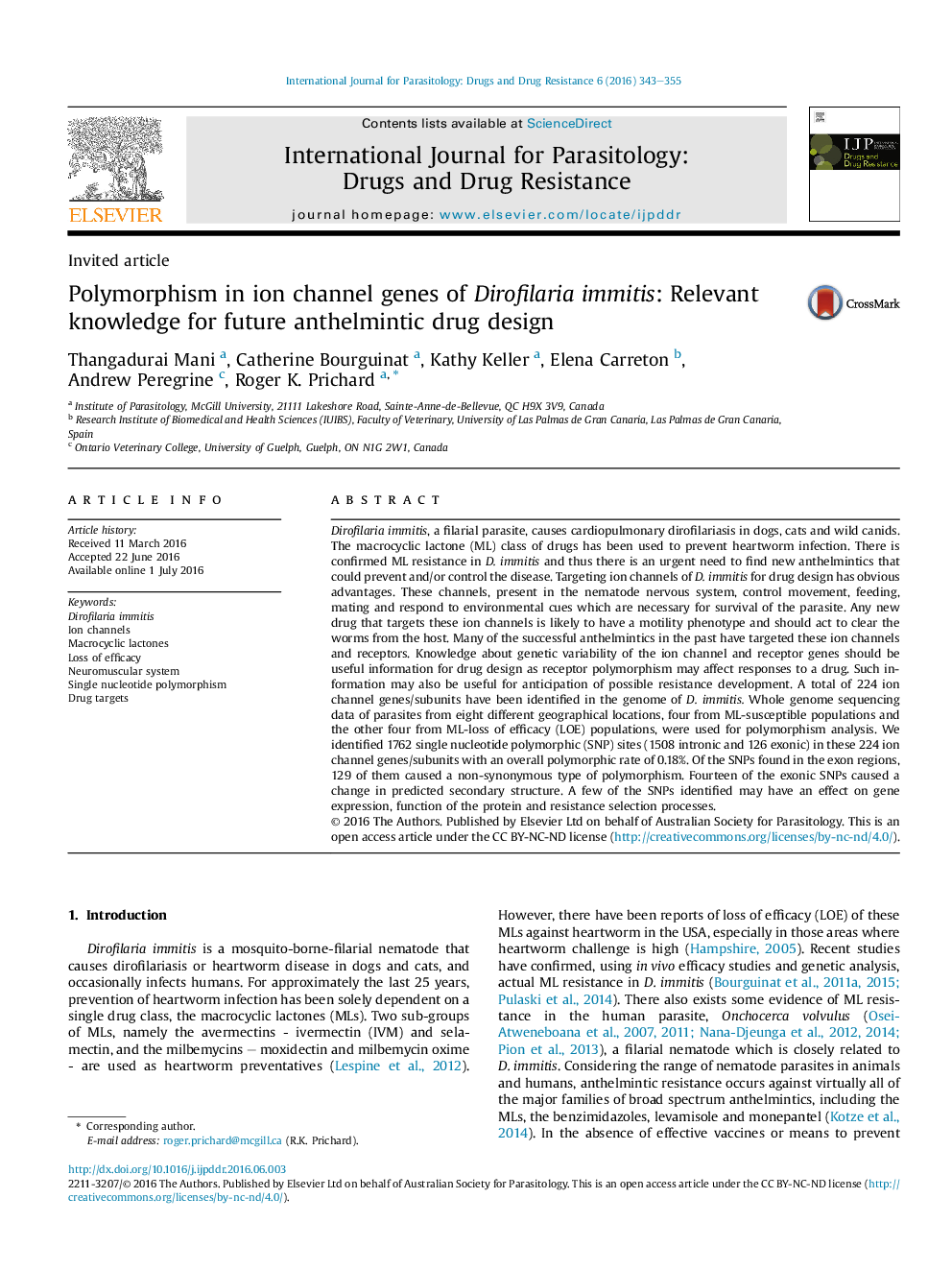 Dirofilaria immitis, a filarial parasite, causes cardiopulmonary dirofilariasis in dogs, cats and wild canids. The macrocyclic lactone (ML) class of drugs has been used to prevent heartworm infection. There is confirmed ML resistance in D.Â immitis and thus there is an urgent need to find new anthelmintics that could prevent and/or control the disease. Targeting ion channels of D.Â immitis for drug design has obvious advantages. These channels, present in the nematode nervous system, control movement, feeding, mating and respond to environmental cues which are necessary for survival of the parasite. Any new drug that targets these ion channels is likely to have a motility phenotype and should act to clear the worms from the host. Many of the successful anthelmintics in the past have targeted these ion channels and receptors. Knowledge about genetic variability of the ion channel and receptor genes should be useful information for drug design as receptor polymorphism may affect responses to a drug. Such information may also be useful for anticipation of possible resistance development. A total of 224 ion channel genes/subunits have been identified in the genome of D.Â immitis. Whole genome sequencing data of parasites from eight different geographical locations, four from ML-susceptible populations and the other four from ML-loss of efficacy (LOE) populations, were used for polymorphism analysis. We identified 1762 single nucleotide polymorphic (SNP) sites (1508 intronic and 126 exonic) in these 224 ion channel genes/subunits with an overall polymorphic rate of 0.18%. Of the SNPs found in the exon regions, 129 of them caused a non-synonymous type of polymorphism. Fourteen of the exonic SNPs caused a change in predicted secondary structure. A few of the SNPs identified may have an effect on gene expression, function of the protein and resistance selection processes.