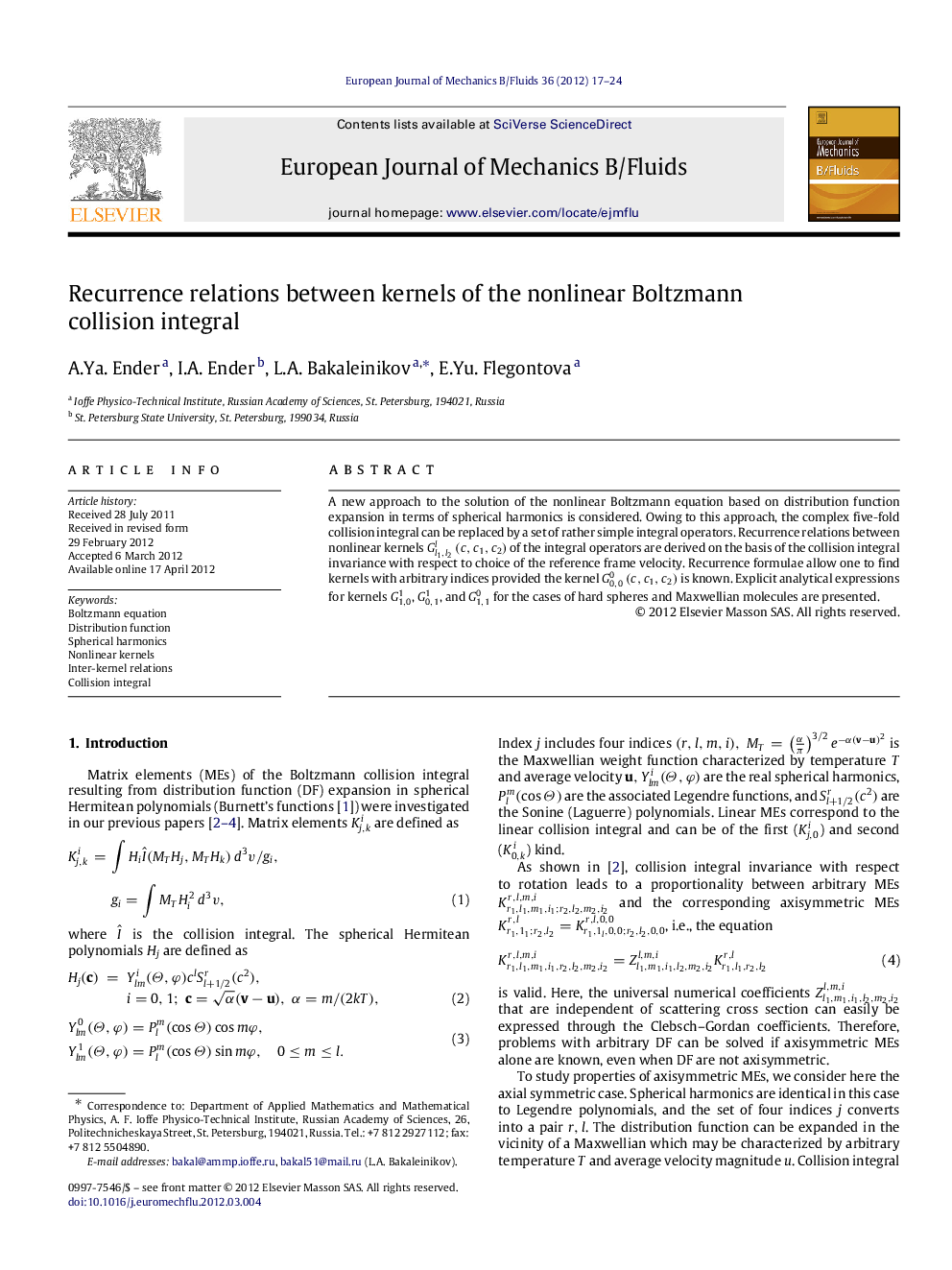 A new approach to the solution of the nonlinear Boltzmann equation based on distribution function expansion in terms of spherical harmonics is considered. Owing to this approach, the complex five-fold collision integral can be replaced by a set of rather simple integral operators. Recurrence relations between nonlinear kernels Gl1,l2l(c,c1,c2) of the integral operators are derived on the basis of the collision integral invariance with respect to choice of the reference frame velocity. Recurrence formulae allow one to find kernels with arbitrary indices provided the kernel G0,00(c,c1,c2) is known. Explicit analytical expressions for kernels G1,01, G0,11, and G1,10 for the cases of hard spheres and Maxwellian molecules are presented.

► The Boltzmann collision integral is reduced to the set of integral operators.
► Invariance with respect to bases with various velocities is used.
► Recurrence relations between the kernels of nonlinear integral operators are derived.
► A first step of recurrence procedure is demonstrated.
► Several kernels for two interaction models are represented.