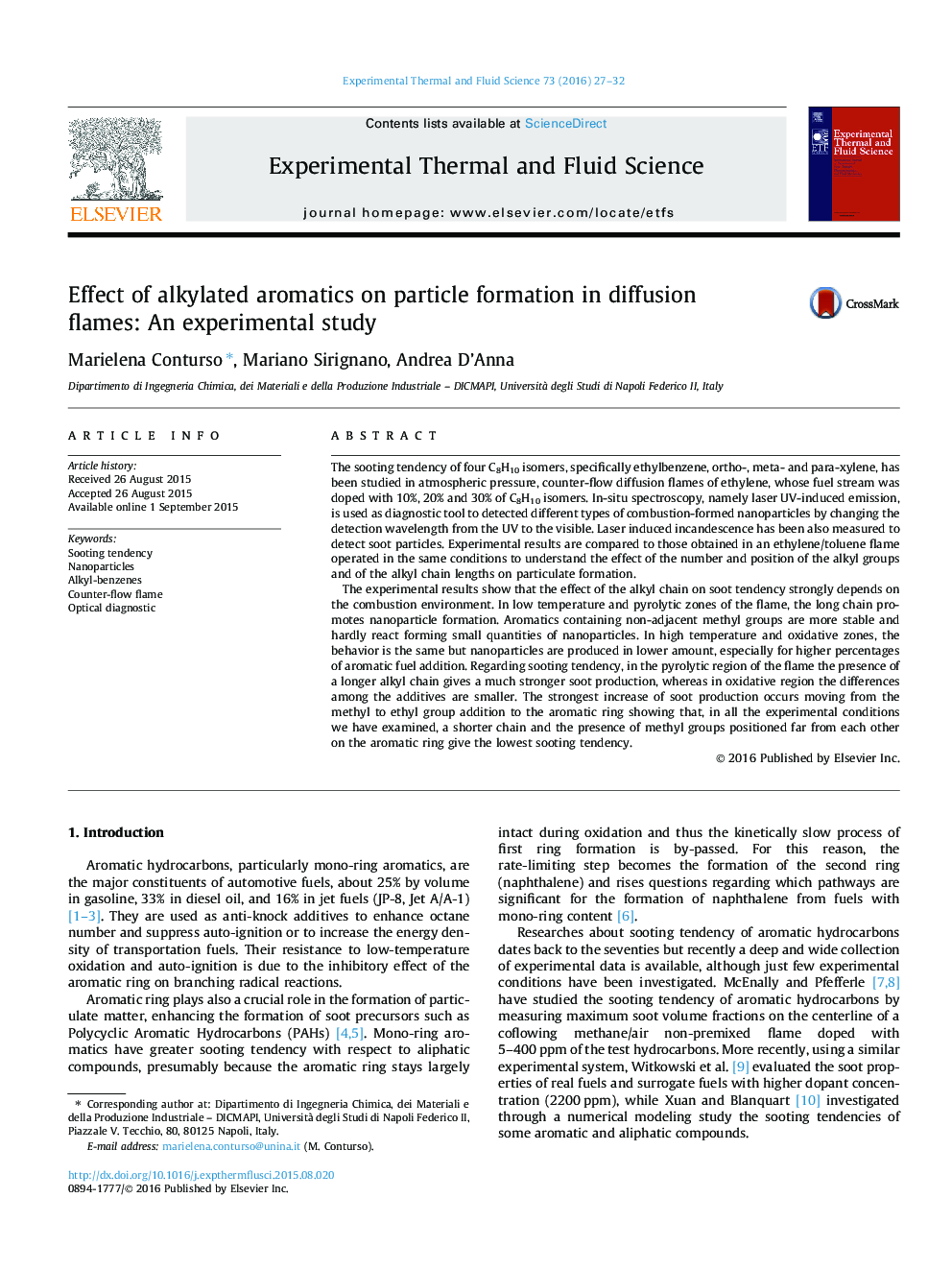 The sooting tendency of four C8H10 isomers, specifically ethylbenzene, ortho-, meta- and para-xylene, has been studied in atmospheric pressure, counter-flow diffusion flames of ethylene, whose fuel stream was doped with 10%, 20% and 30% of C8H10 isomers. In-situ spectroscopy, namely laser UV-induced emission, is used as diagnostic tool to detected different types of combustion-formed nanoparticles by changing the detection wavelength from the UV to the visible. Laser induced incandescence has been also measured to detect soot particles. Experimental results are compared to those obtained in an ethylene/toluene flame operated in the same conditions to understand the effect of the number and position of the alkyl groups and of the alkyl chain lengths on particulate formation.The experimental results show that the effect of the alkyl chain on soot tendency strongly depends on the combustion environment. In low temperature and pyrolytic zones of the flame, the long chain promotes nanoparticle formation. Aromatics containing non-adjacent methyl groups are more stable and hardly react forming small quantities of nanoparticles. In high temperature and oxidative zones, the behavior is the same but nanoparticles are produced in lower amount, especially for higher percentages of aromatic fuel addition. Regarding sooting tendency, in the pyrolytic region of the flame the presence of a longer alkyl chain gives a much stronger soot production, whereas in oxidative region the differences among the additives are smaller. The strongest increase of soot production occurs moving from the methyl to ethyl group addition to the aromatic ring showing that, in all the experimental conditions we have examined, a shorter chain and the presence of methyl groups positioned far from each other on the aromatic ring give the lowest sooting tendency.