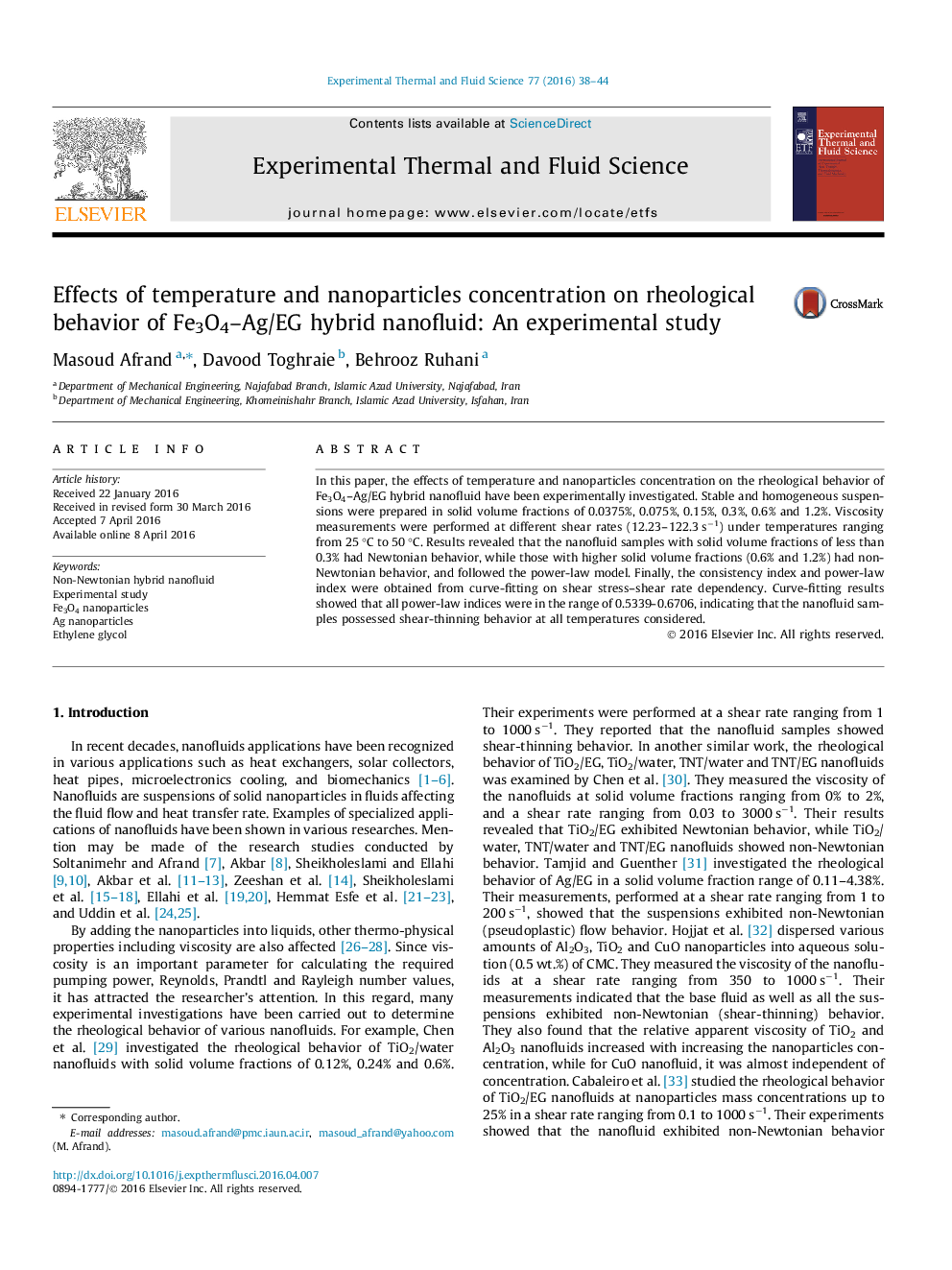 In this paper, the effects of temperature and nanoparticles concentration on the rheological behavior of Fe3O4–Ag/EG hybrid nanofluid have been experimentally investigated. Stable and homogeneous suspensions were prepared in solid volume fractions of 0.0375%, 0.075%, 0.15%, 0.3%, 0.6% and 1.2%. Viscosity measurements were performed at different shear rates (12.23–122.3 s−1) under temperatures ranging from 25 °C to 50 °C. Results revealed that the nanofluid samples with solid volume fractions of less than 0.3% had Newtonian behavior, while those with higher solid volume fractions (0.6% and 1.2%) had non-Newtonian behavior, and followed the power-law model. Finally, the consistency index and power-law index were obtained from curve-fitting on shear stress–shear rate dependency. Curve-fitting results showed that all power-law indices were in the range of 0.5339–0.6706, indicating that the nanofluid samples possessed shear-thinning behavior at all temperatures considered.