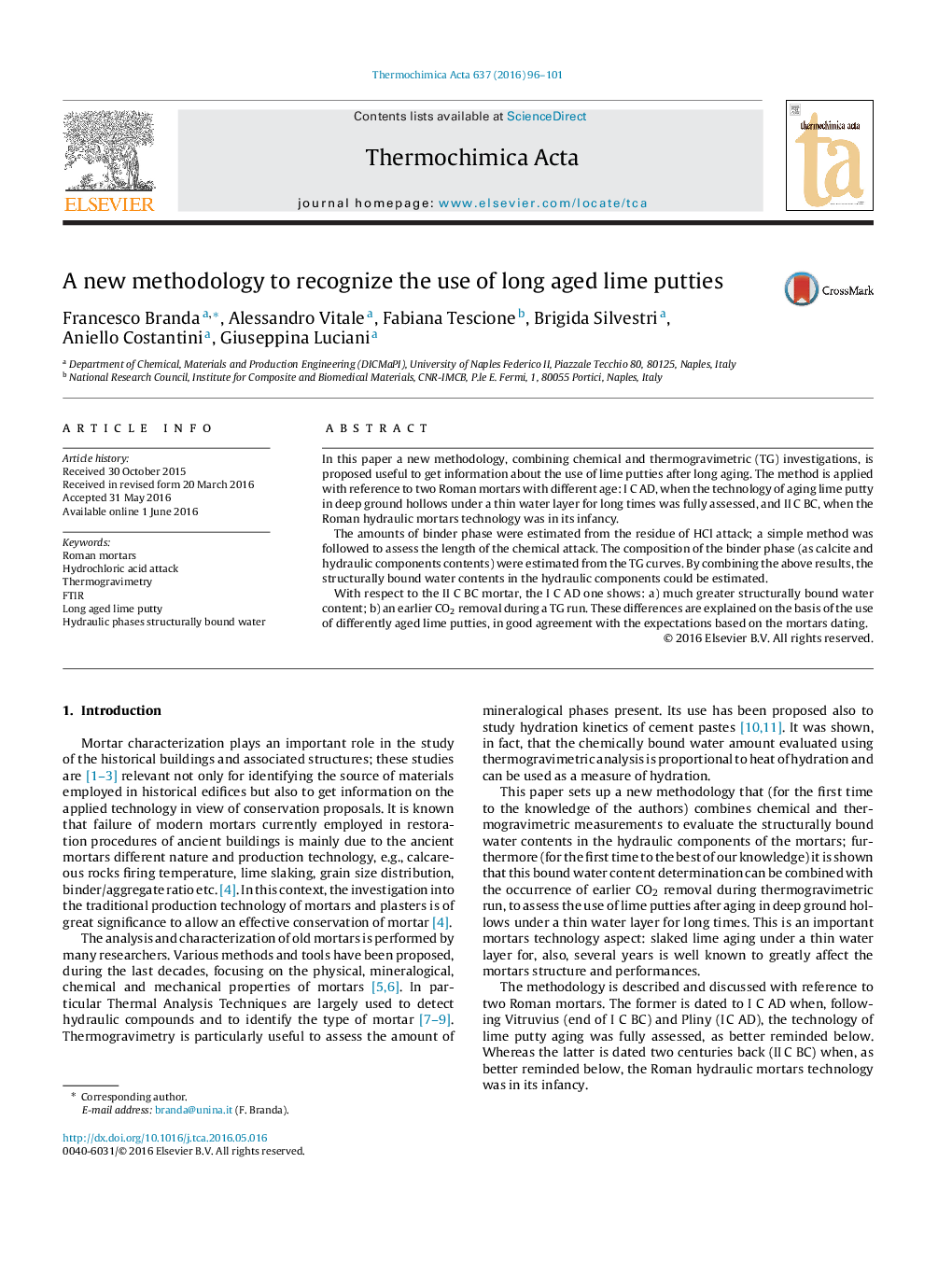 • A method to evaluate the use of lime putty aged in deep ground hollows under water.
• A method is proposed to assess the length of mortar hydrochloric acid attack.
• The structurally bound water content in the hydraulic phases is evaluated.
• The method is applied to two Roman mortars dated II C BC and I C AD.
• The results well agree with the expectations based on the mortars dating.

In this paper a new methodology, combining chemical and thermogravimetric (TG) investigations, is proposed useful to get information about the use of lime putties after long aging. The method is applied with reference to two Roman mortars with different age: I C AD, when the technology of aging lime putty in deep ground hollows under a thin water layer for long times was fully assessed, and II C BC, when the Roman hydraulic mortars technology was in its infancy.The amounts of binder phase were estimated from the residue of HCl attack; a simple method was followed to assess the length of the chemical attack. The composition of the binder phase (as calcite and hydraulic components contents) were estimated from the TG curves. By combining the above results, the structurally bound water contents in the hydraulic components could be estimated.With respect to the II C BC mortar, the I C AD one shows: a) much greater structurally bound water content; b) an earlier CO2 removal during a TG run. These differences are explained on the basis of the use of differently aged lime putties, in good agreement with the expectations based on the mortars dating.