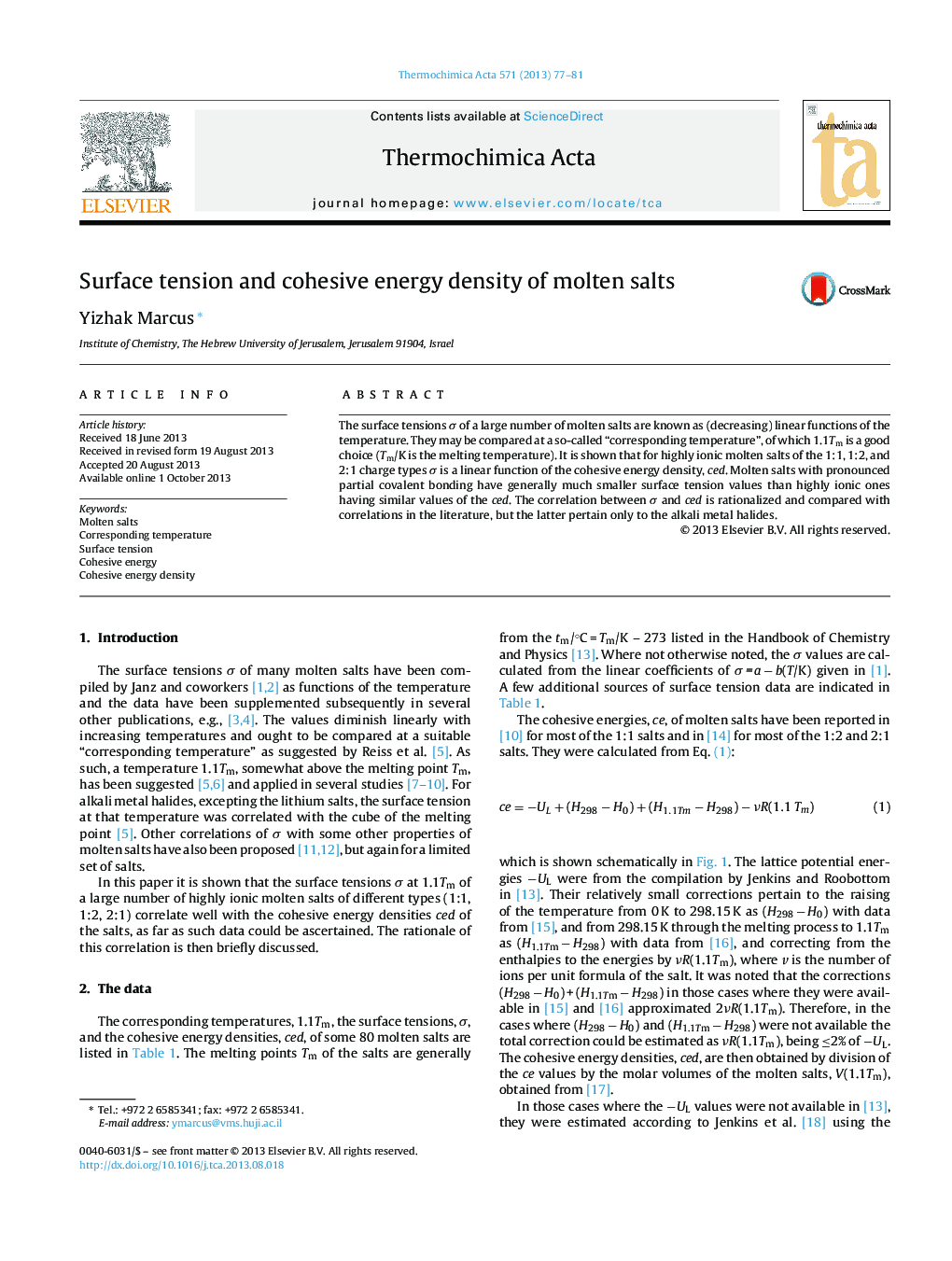 The surface tensions σ of a large number of molten salts are known as (decreasing) linear functions of the temperature. They may be compared at a so-called “corresponding temperature”, of which 1.1Tm is a good choice (Tm/K is the melting temperature). It is shown that for highly ionic molten salts of the 1:1, 1:2, and 2:1 charge types σ is a linear function of the cohesive energy density, ced. Molten salts with pronounced partial covalent bonding have generally much smaller surface tension values than highly ionic ones having similar values of the ced. The correlation between σ and ced is rationalized and compared with correlations in the literature, but the latter pertain only to the alkali metal halides.