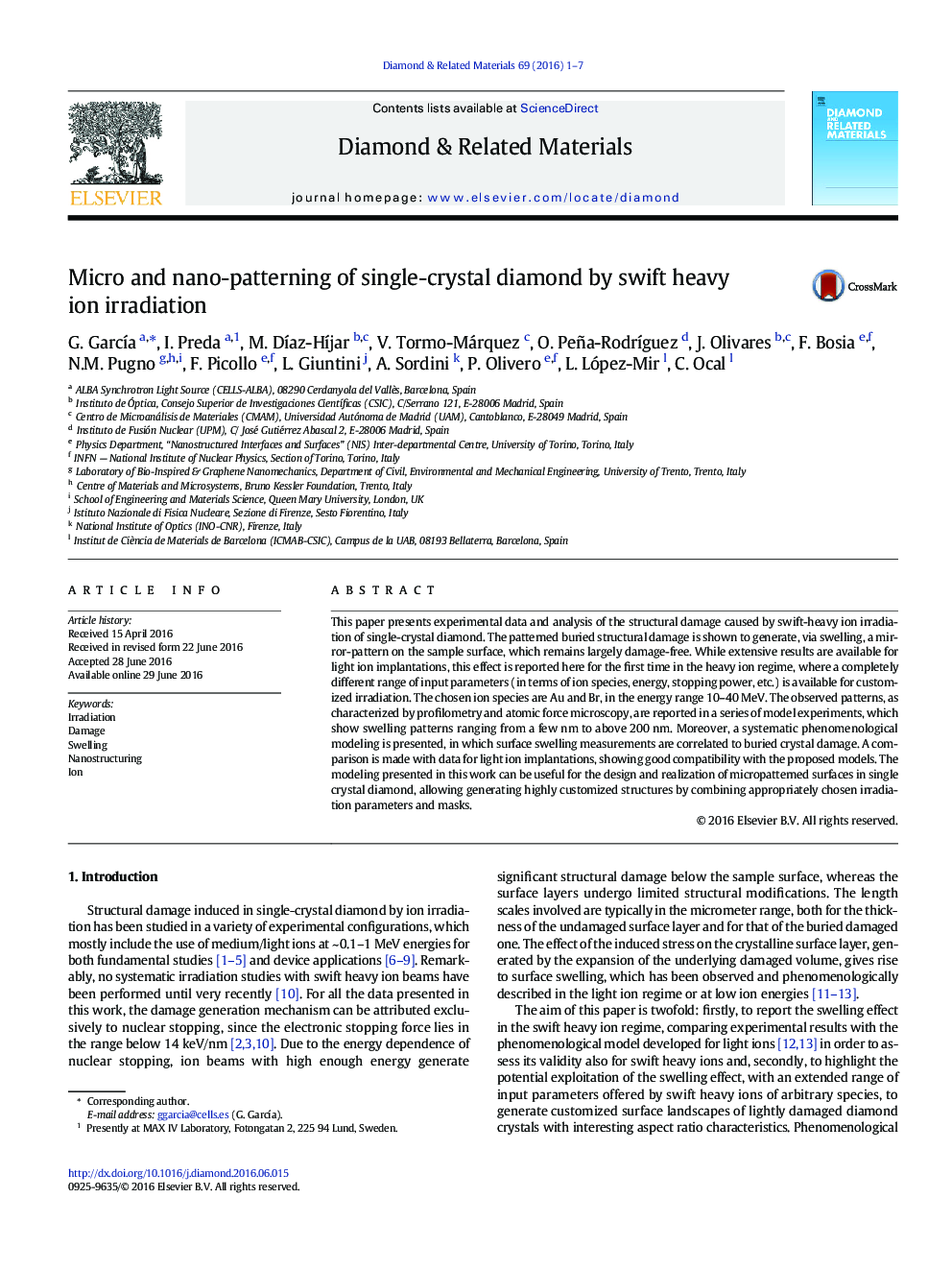 This paper presents experimental data and analysis of the structural damage caused by swift-heavy ion irradiation of single-crystal diamond. The patterned buried structural damage is shown to generate, via swelling, a mirror-pattern on the sample surface, which remains largely damage-free. While extensive results are available for light ion implantations, this effect is reported here for the first time in the heavy ion regime, where a completely different range of input parameters (in terms of ion species, energy, stopping power, etc.) is available for customized irradiation. The chosen ion species are Au and Br, in the energy range 10–40 MeV. The observed patterns, as characterized by profilometry and atomic force microscopy, are reported in a series of model experiments, which show swelling patterns ranging from a few nm to above 200 nm. Moreover, a systematic phenomenological modeling is presented, in which surface swelling measurements are correlated to buried crystal damage. A comparison is made with data for light ion implantations, showing good compatibility with the proposed models. The modeling presented in this work can be useful for the design and realization of micropatterned surfaces in single crystal diamond, allowing generating highly customized structures by combining appropriately chosen irradiation parameters and masks.

Induced swelling in single-crystal diamond is studied for the first time upon irradiation with swift heavy ions. A full compatibility is observed with respect to previous works focused on light MeV ion implantation. The presented phenomenological modeling confirms its capabilities in predicting the swelling effects for given irradiation conditions. The reported surface pattering offers promising perspectives in tuning the properties (wettability, cell adhesion, etc.) of single-crystal diamond surface for different applications.Figure optionsDownload as PowerPoint slide