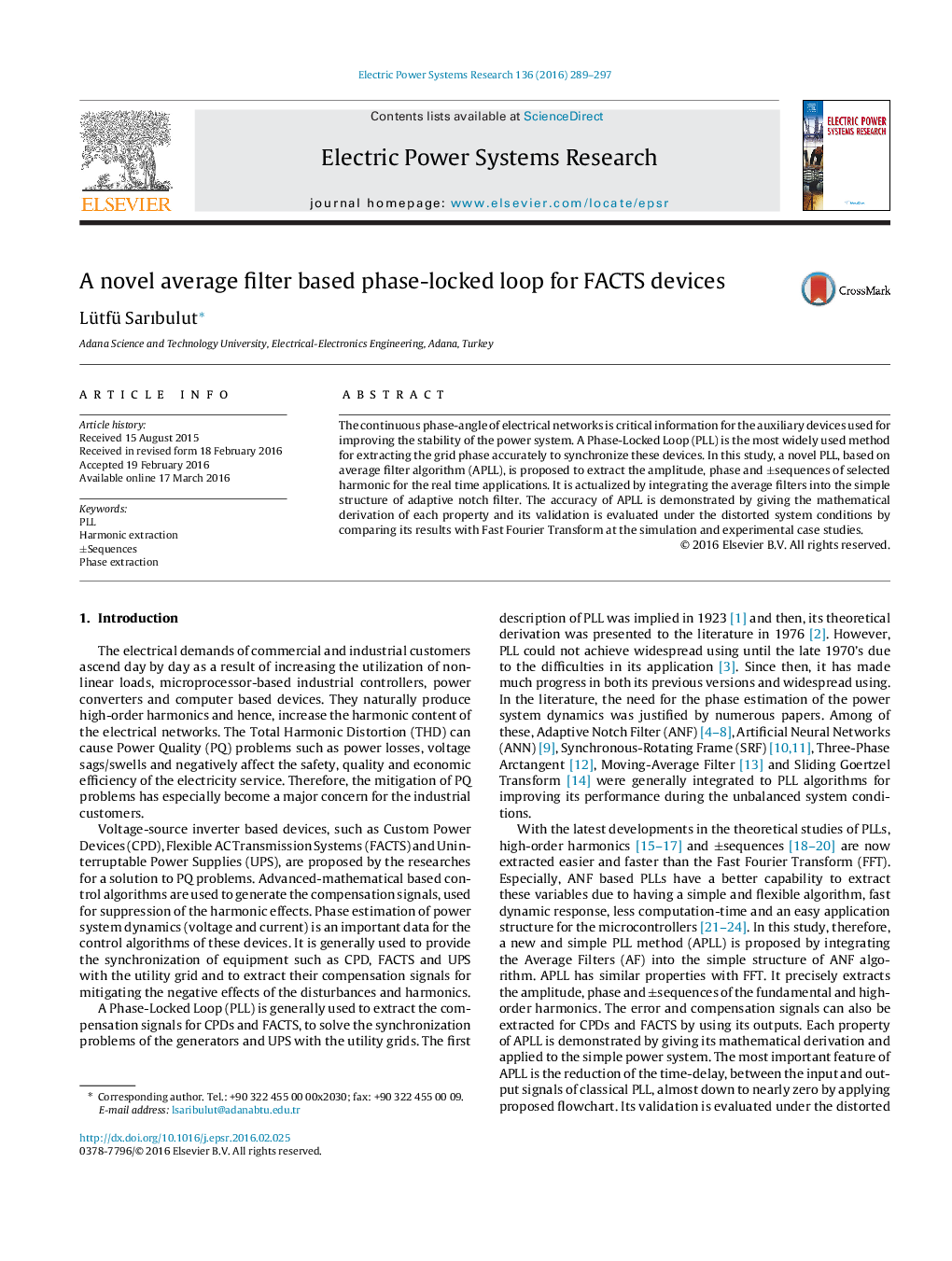 • A novel PLL algorithm is proposed for the real-time extraction of each harmonic order.
• The accuracy of the proposed method is demonstrated by mathematical derivation of each property.
• Its validation is evaluated under distorted system conditions by performing simulation and experimental cases.
• The performance comparisons are performed by using PSCAD.
• The advantages and disadvantages of the method are also given in the conclusions.

The continuous phase-angle of electrical networks is critical information for the auxiliary devices used for improving the stability of the power system. A Phase-Locked Loop (PLL) is the most widely used method for extracting the grid phase accurately to synchronize these devices. In this study, a novel PLL, based on average filter algorithm (APLL), is proposed to extract the amplitude, phase and ±sequences of selected harmonic for the real time applications. It is actualized by integrating the average filters into the simple structure of adaptive notch filter. The accuracy of APLL is demonstrated by giving the mathematical derivation of each property and its validation is evaluated under the distorted system conditions by comparing its results with Fast Fourier Transform at the simulation and experimental case studies.