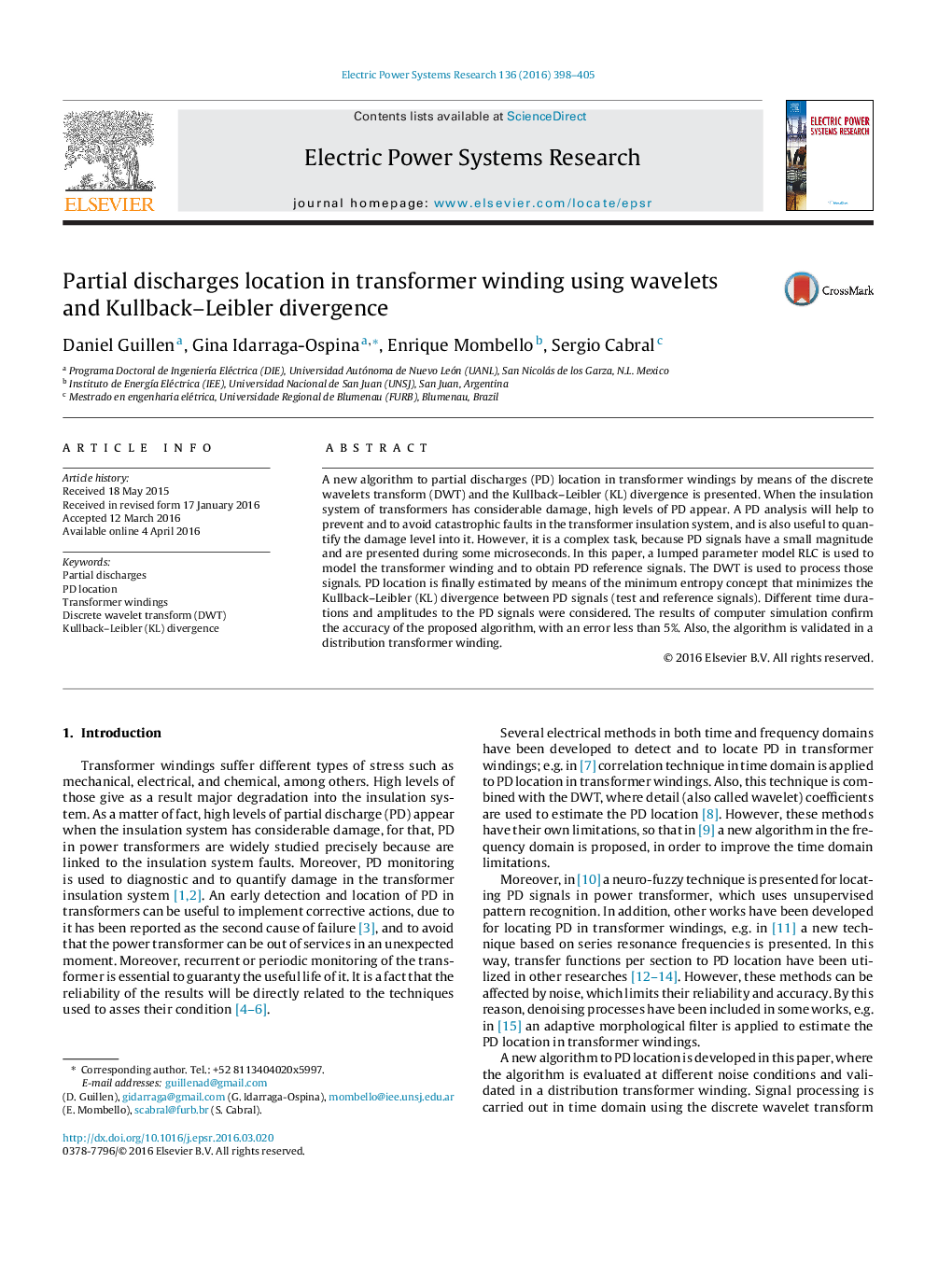 • The authors develop a new algorithm to PD location in transformer windings using DWT and the Kullback–Leibler (KL) divergence.
• PD location is estimated by minimum entropy concept that minimizes the KL divergence between PD signals.
• An error less than 5% to PD signals without noise and 10% for PD signals with different noise level were obtained.
• The algorithm was tested into a lumped parameter model for the transformer winding, given excellent results.
• A new equation is proposed called KL-modified divergence.

A new algorithm to partial discharges (PD) location in transformer windings by means of the discrete wavelets transform (DWT) and the Kullback–Leibler (KL) divergence is presented. When the insulation system of transformers has considerable damage, high levels of PD appear. A PD analysis will help to prevent and to avoid catastrophic faults in the transformer insulation system, and is also useful to quantify the damage level into it. However, it is a complex task, because PD signals have a small magnitude and are presented during some microseconds. In this paper, a lumped parameter model RLC is used to model the transformer winding and to obtain PD reference signals. The DWT is used to process those signals. PD location is finally estimated by means of the minimum entropy concept that minimizes the Kullback–Leibler (KL) divergence between PD signals (test and reference signals). Different time durations and amplitudes to the PD signals were considered. The results of computer simulation confirm the accuracy of the proposed algorithm, with an error less than 5%. Also, the algorithm is validated in a distribution transformer winding.