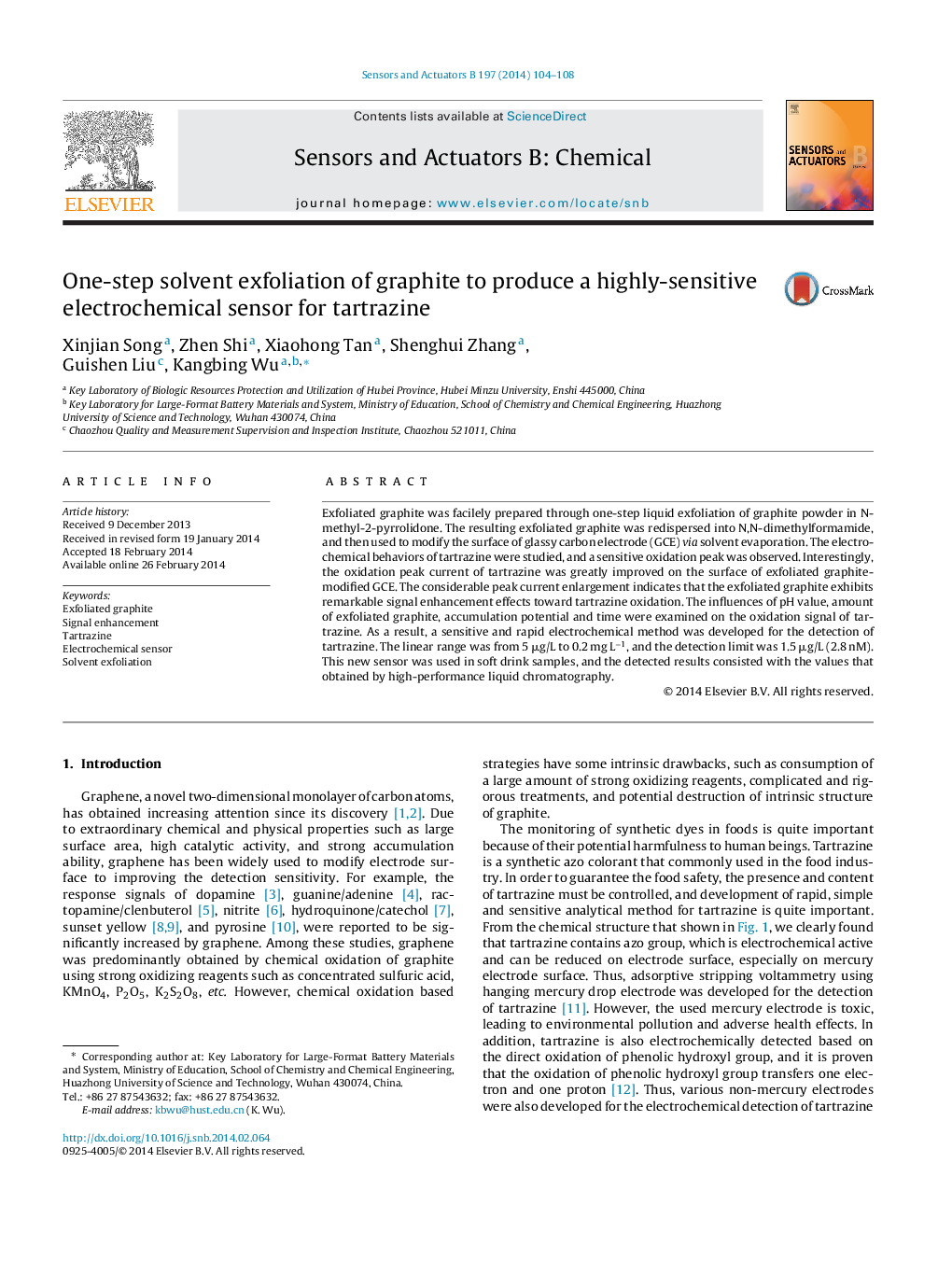 Exfoliated graphite was facilely prepared through one-step liquid exfoliation of graphite powder in N-methyl-2-pyrrolidone. The resulting exfoliated graphite was redispersed into N,N-dimethylformamide, and then used to modify the surface of glassy carbon electrode (GCE) via solvent evaporation. The electrochemical behaviors of tartrazine were studied, and a sensitive oxidation peak was observed. Interestingly, the oxidation peak current of tartrazine was greatly improved on the surface of exfoliated graphite-modified GCE. The considerable peak current enlargement indicates that the exfoliated graphite exhibits remarkable signal enhancement effects toward tartrazine oxidation. The influences of pH value, amount of exfoliated graphite, accumulation potential and time were examined on the oxidation signal of tartrazine. As a result, a sensitive and rapid electrochemical method was developed for the detection of tartrazine. The linear range was from 5 μg/L to 0.2 mg L−1, and the detection limit was 1.5 μg/L (2.8 nM). This new sensor was used in soft drink samples, and the detected results consisted with the values that obtained by high-performance liquid chromatography.