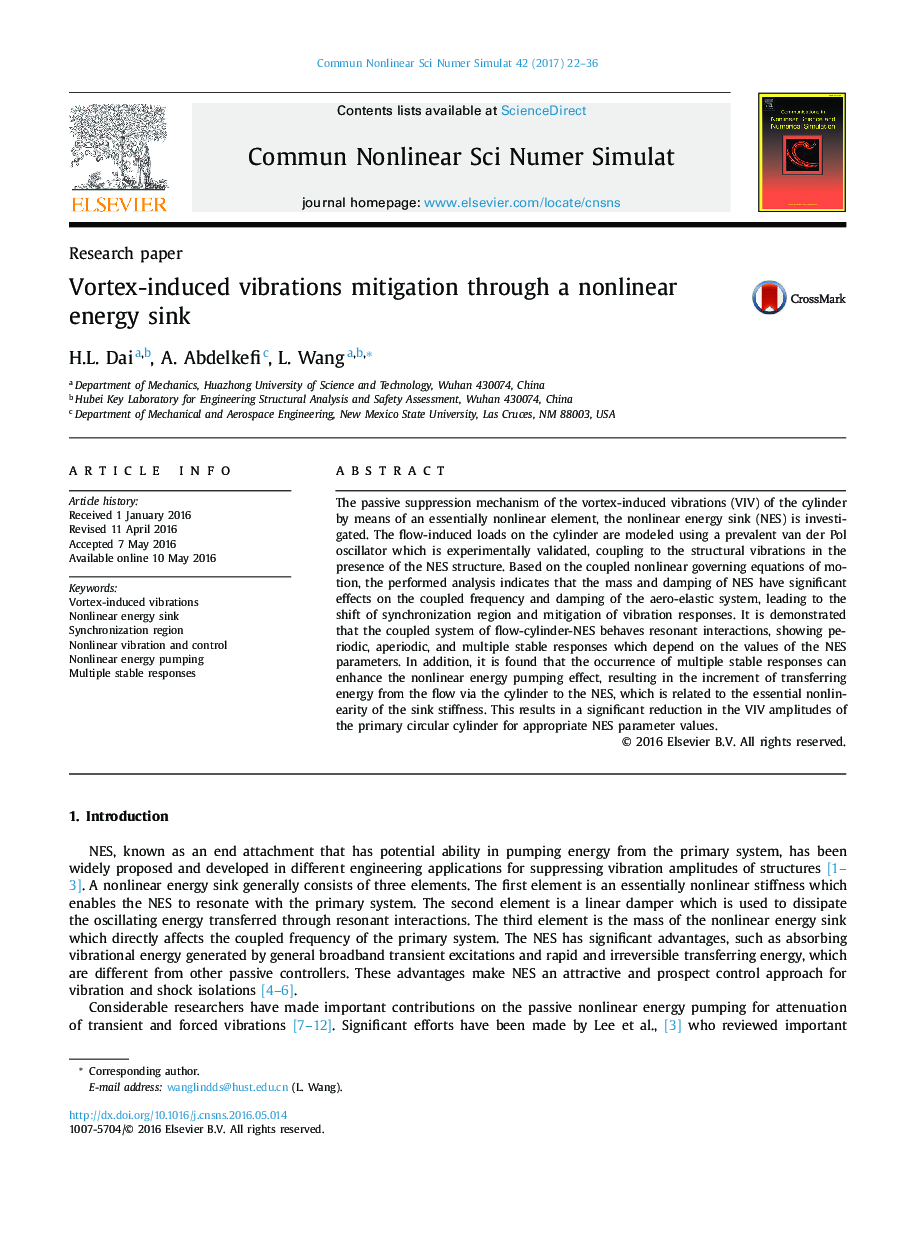 • VIV amplitude of the cylinder suppressed by a NES was comprehensively and elaborately investigated.
• Transfer mechanism of lock-in region due to the present of NES was explored.
• The efficient NES parameters were designed for alleviating VIV responses.

The passive suppression mechanism of the vortex-induced vibrations (VIV) of the cylinder by means of an essentially nonlinear element, the nonlinear energy sink (NES) is investigated. The flow-induced loads on the cylinder are modeled using a prevalent van der Pol oscillator which is experimentally validated, coupling to the structural vibrations in the presence of the NES structure. Based on the coupled nonlinear governing equations of motion, the performed analysis indicates that the mass and damping of NES have significant effects on the coupled frequency and damping of the aero-elastic system, leading to the shift of synchronization region and mitigation of vibration responses. It is demonstrated that the coupled system of flow-cylinder-NES behaves resonant interactions, showing periodic, aperiodic, and multiple stable responses which depend on the values of the NES parameters. In addition, it is found that the occurrence of multiple stable responses can enhance the nonlinear energy pumping effect, resulting in the increment of transferring energy from the flow via the cylinder to the NES, which is related to the essential nonlinearity of the sink stiffness. This results in a significant reduction in the VIV amplitudes of the primary circular cylinder for appropriate NES parameter values.